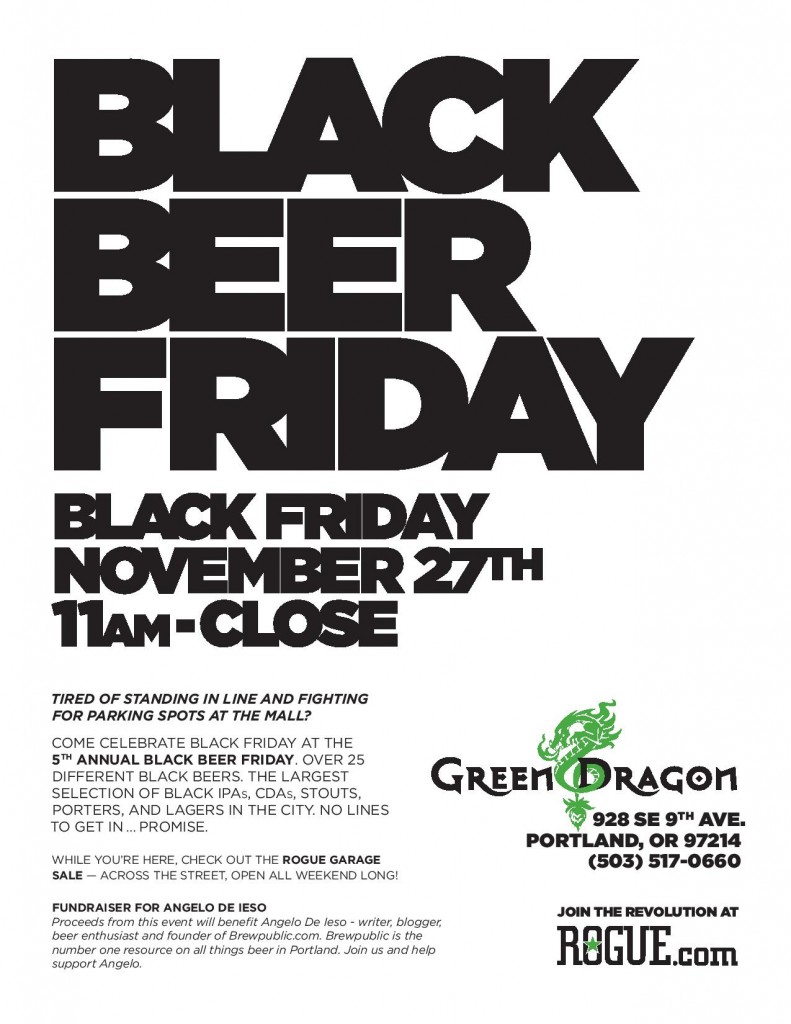 Tired of fighting crowds and standing in line for deals on gifts for your family? Forget about all that stress and come celebrate Black Friday at the Green Dragon Pub in Portland with more than 25 Dark and Delicious beers including a variety of Cascadian Dark Ales/Black IPAs, Stouts, Porters, barrel-aged brews, and more! Some beers to look for include:
Boneyard Armored Fist 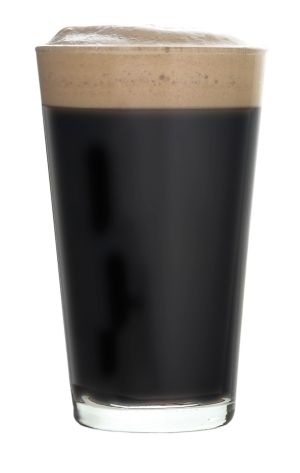 Each year folks gather here to enjoy the seasonally appropriate dark, black bodied craft brews that are perfect for the overcast and colder days of Pacific Northwest days witnessed here in Oregon.

A portion of the proceeds from this event will go to help Angelo M. De Ieso II with medical bills associated with his on-going battle of an Oligodendroglioma, a rare type of brain tumor. Angelo has been a local beer writer, major contributor, and advocate to the craft beer community, and co-founder of BREWPUBLIC.

For those of you still looking to satisfy your discount lust, Rogue Ales will be having a garage sale across the street where you can purchase cases, kegs, and merchandise about just about what it costs to make them!

If you would like to contribute to the National Brain Tumor Society on Angelo and Team Brewpublic’s behalf for research, education, and working toward a cure CLICK HERE. Thank you!