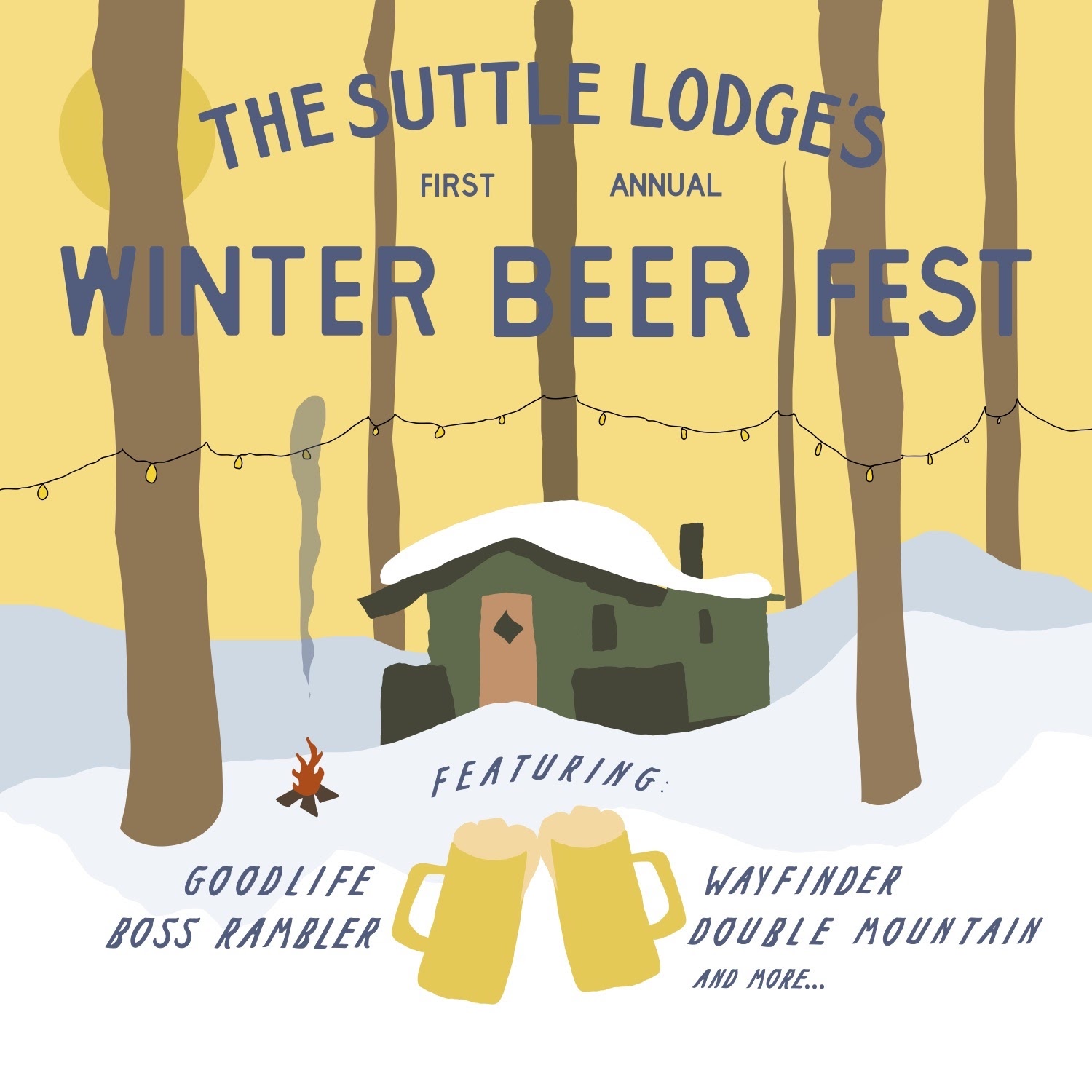 Nestled in the Deschutes National Forest outside of Sisters, Oregon, The Suttle Lodge will host its inaugural Winter Beer Fest from January 30th through February 1st.

This three-day festival will bring together breweries from across Oregon as each will post up in the various cabins around the property of The Suttle Lodge. In addition to the beer being served at each cabin, there will also be snacks hot off the Traeger grills.

Entry to the beer fest is $20 per person and includes a limited edition Miir x Suttle Lodge mug and 10 drink tokens. Advance tickets can be purchased here. A portion of ticket sales will be contributed to, Oregon Adaptive Sports.

Shuttle Oregon is offering 15% off rides to and from The Suttle Lodge. Book directly with them here.