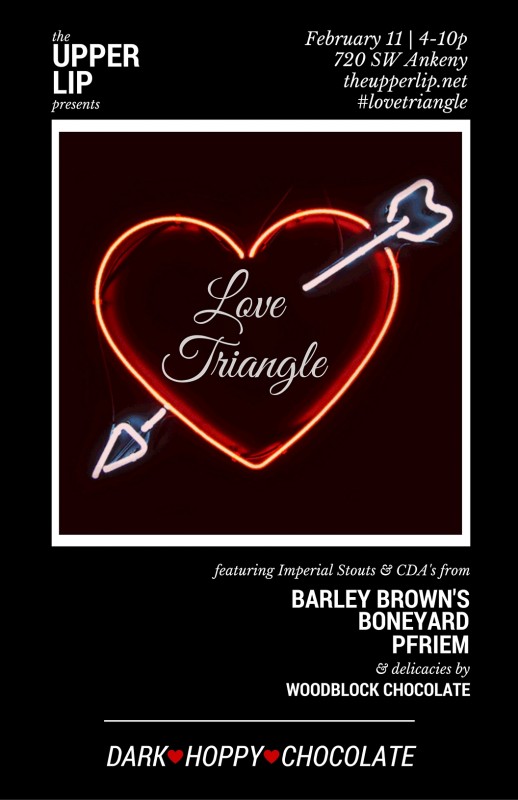 Just in time to prepare oneself for Valentine’s Day, The Upper Lip will host Love Triangle, an evening featuring a ménage a trois of flavor. The evening of Thursday, February 11 from 4:00 to 10:00pm will feature rich Imperial Stouts, dank CDAs, and specialty Chocolates.

Love Triangle is a three-way tap takeover from heavyweights pFriem Family Brewers, Boneyard Beer, and Barley Brown’s Beer. The Upper Lip will have Woodblock Chocolate in house indulging you with seductive delicacies.

The taplist for Love Triangle includes:

Be prepared for an evening of mood lighting and sexy slow jams from Bill Murnighan above Bailey’s Taproom.