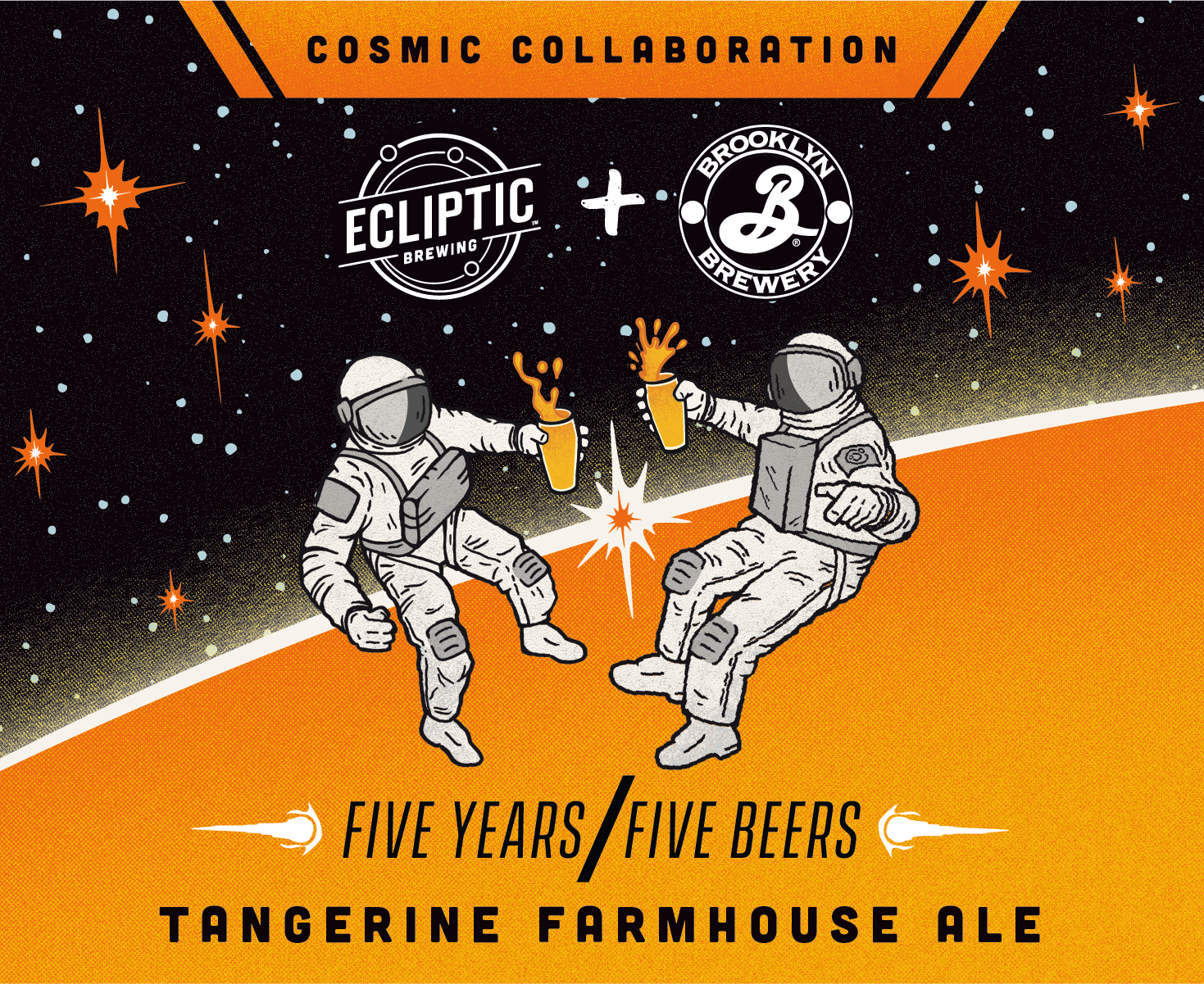 As Ecliptic Brewing celebrates its fifth orbit around the sun, it will partner with The Upper Lip throughout 2019 to host Cosmic Collaboration Release Parties.

“I’m very excited to celebrate five years in business by creating beers with Brooklyn Brewery, Firestone Walker, Breakside Brewery, Bell’s Brewery, and Russian River Brewing Company,” said Harris in a statement. “The collaborations will celebrate old and new brewing styles and will be available in 500ml bottles and draft.”