As we ease into the weekend, it’s another full weekend of Oktoberfest and Fresh Hop celebrations. The Portland Fresh Hops Fest makes its return to Oaks Amusement Park today and tomorrow and the Hood River Hops Fest on Saturday. Also taking place today is Fresh Hops on the Pond in Bend, Oregon.

This weekend’s Oktoberfest celebrations are taking place at Paddy’s and Olympia Provisions in Portland. Across the mighty Columbia River in Vancouver, Victor 23 hosts its Oktoberfest on Saturday, as does Ninkasi Brewing in Eugene, Oregon.

FRESH HOP BEER SUMMIT
FRIDAY SEPTEMBER 30  – 11-2:30AM THRU OCTOBER 9
Roscoe’s annual Fresh Hop Beer Summit will run through October 9th and will have between 10 and 12 fresh hop beers, cask beers, and ciders rotating through at any given time. Taster trays are available if you would like to sample with smaller pours. In 2021, Roscoes tapped 123 unique fresh hop beers and they currently have  fresh hops on tap including ones from Bend Brewing, Binary, Culmination, Fort George, Kings & Daughters, Double Mountain, Sunriver, Upright and VIA . 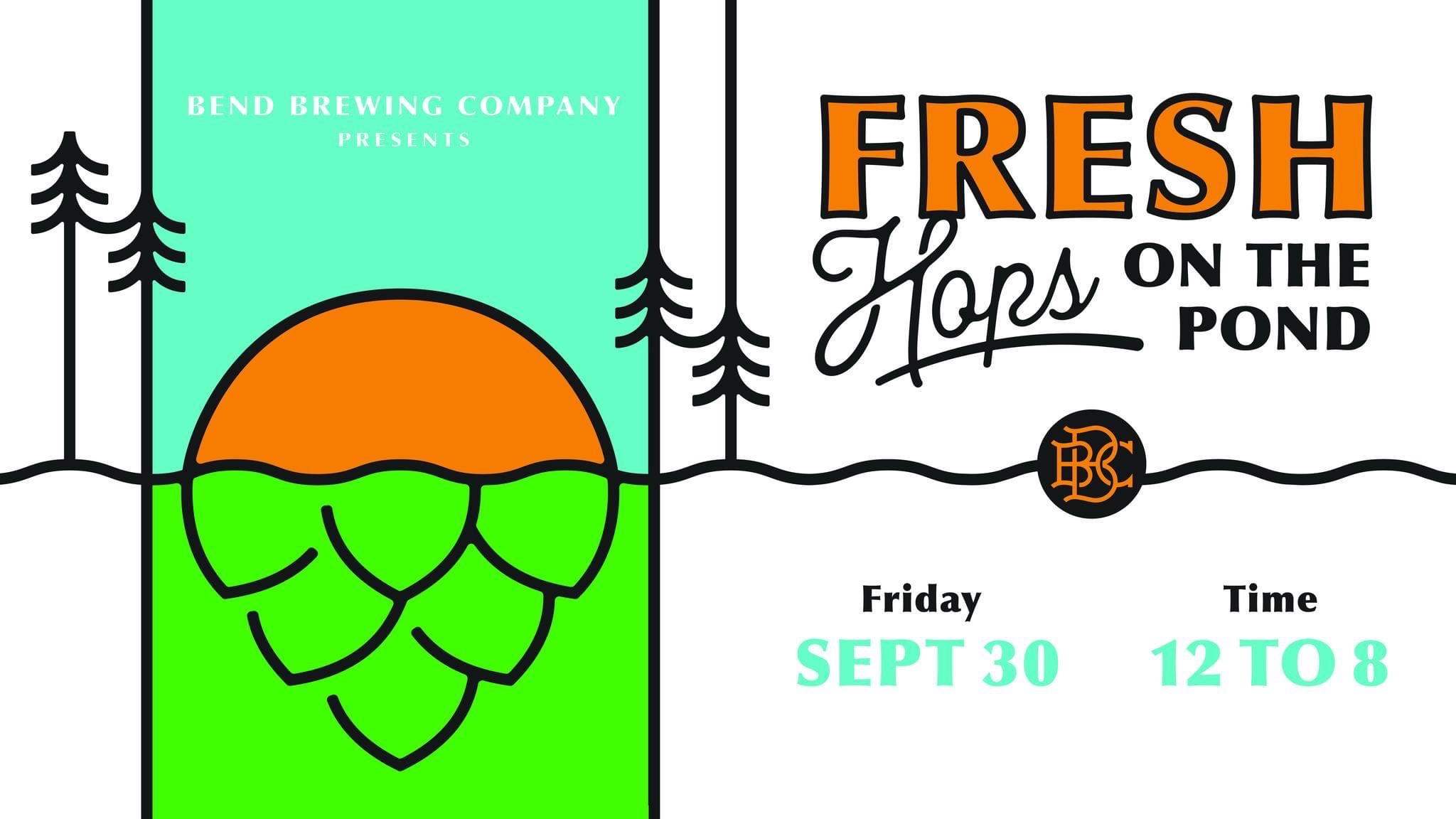 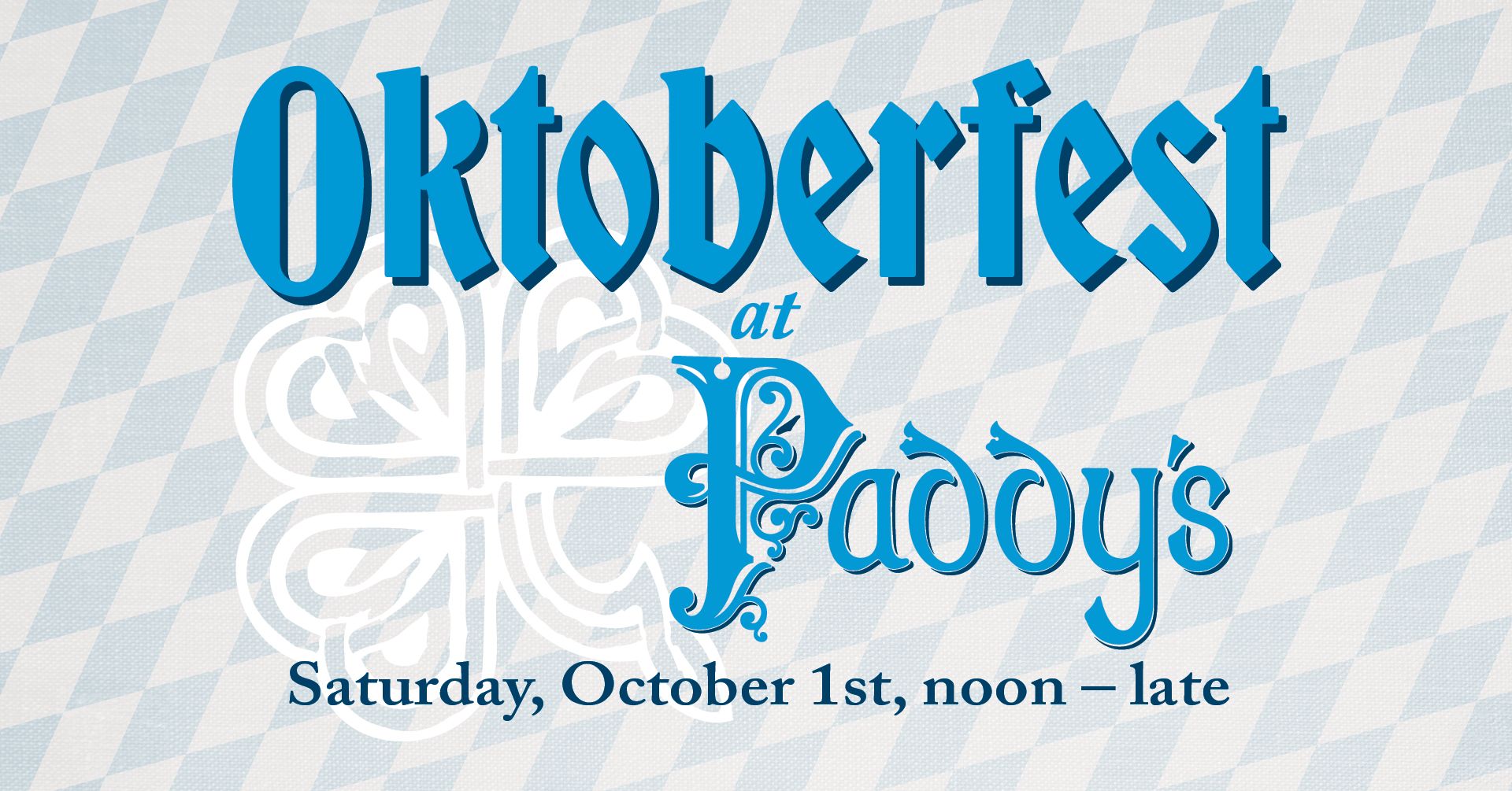 OKTOBERFEST
FRIDAY SEPTEMBER 30 – 12-LATE
Paddy’s is doing Oktoberfest on Friday and they will have authentic beer steins, Bavarian music, German shenanigans, some traditional German food, along with some Irish pub favorites. 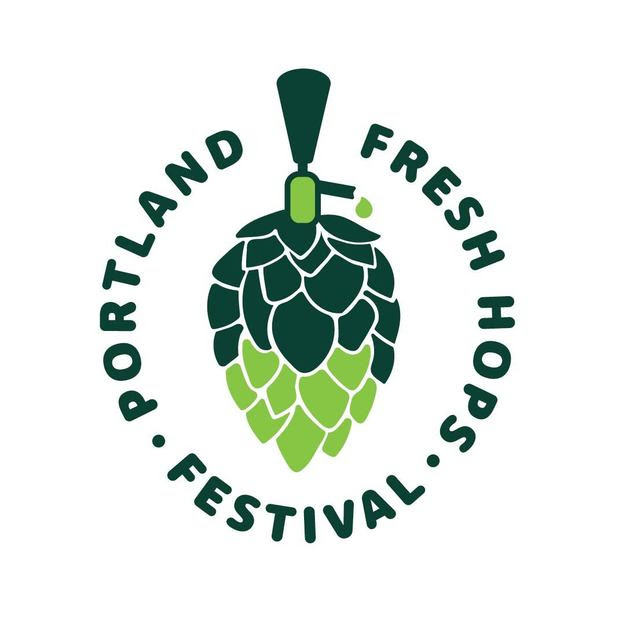 PORTLAND FRESH HOPS FEST
FRIDAY SEPTEMBER 30 – 4-8:00PM & SATURDAY OCTOBER 1 – 12-8:00PM
Join us for the 18th anniversary of the Portland Fresh Hops Festival as it is back to Oaks Amusement Park for the first time since 2019.  They will have over 30 fresh hop beers brewed by Oregon craft breweries from across the state, live music and food from Urban German and more.  Ticket packages includes event glass and five drink tickets, each can be used for a 4oz pour, can of soda or bottle of water for $25 and additional drink tix are $2 for a 4 oz. pour. 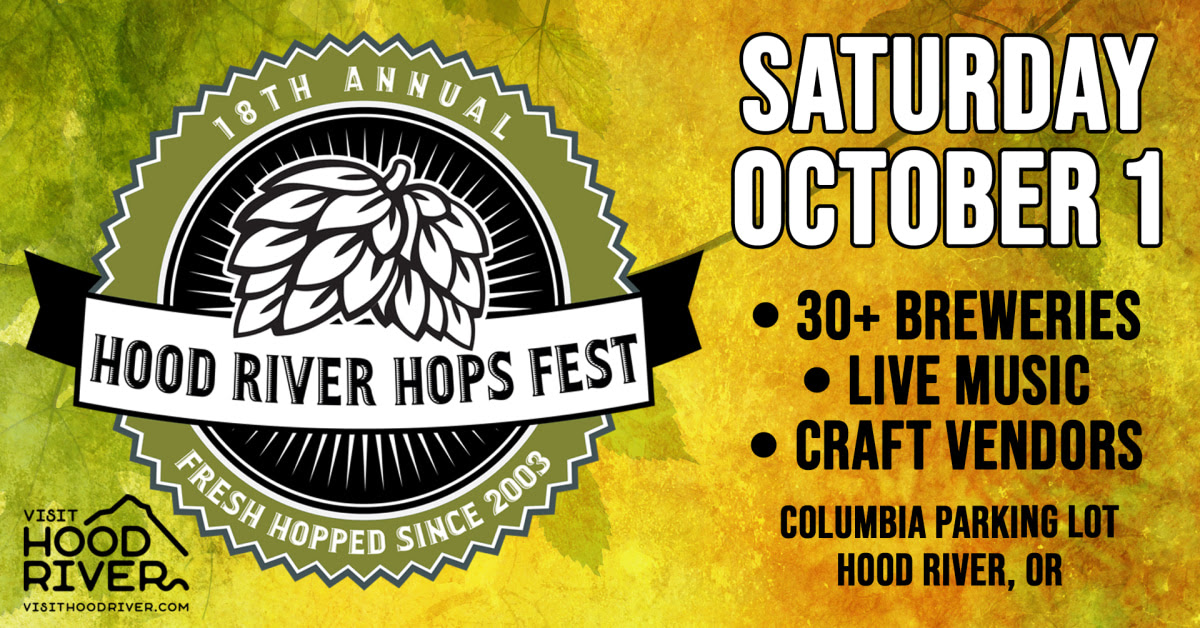 HOOD RIVER HOPS
SATURDAY OCTOBER 1 – 12-7:00PM
The family-friendly event features more than 30 breweries with more than 40 fresh-hop beers, plus a variety of food vendors, live music, and and a collectible mug. 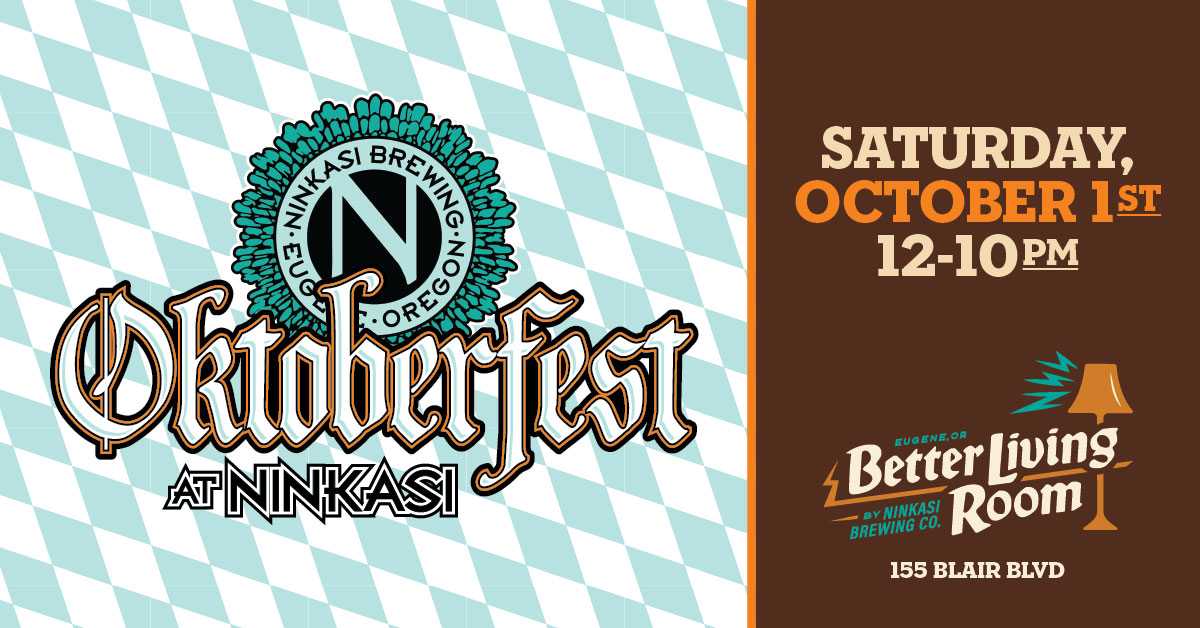 NINKASI OKTOBERFEST
SATURDAY OCTOBER 1 – 12-10:00PM
The annual Ninkasi Oktoberfest celebration is back on Saturday at the Ninkasi Backyard Patio at The Better Living Room.  Achtung Lager, their Oktoberfest-style beer made in collaboration with Reuben’s Brews will be on tap, along with two special beers from Reuben’s Brews and you can participate in a stein holding competition to win a grand prize at either 1:30p.m. or 6:30p.m. 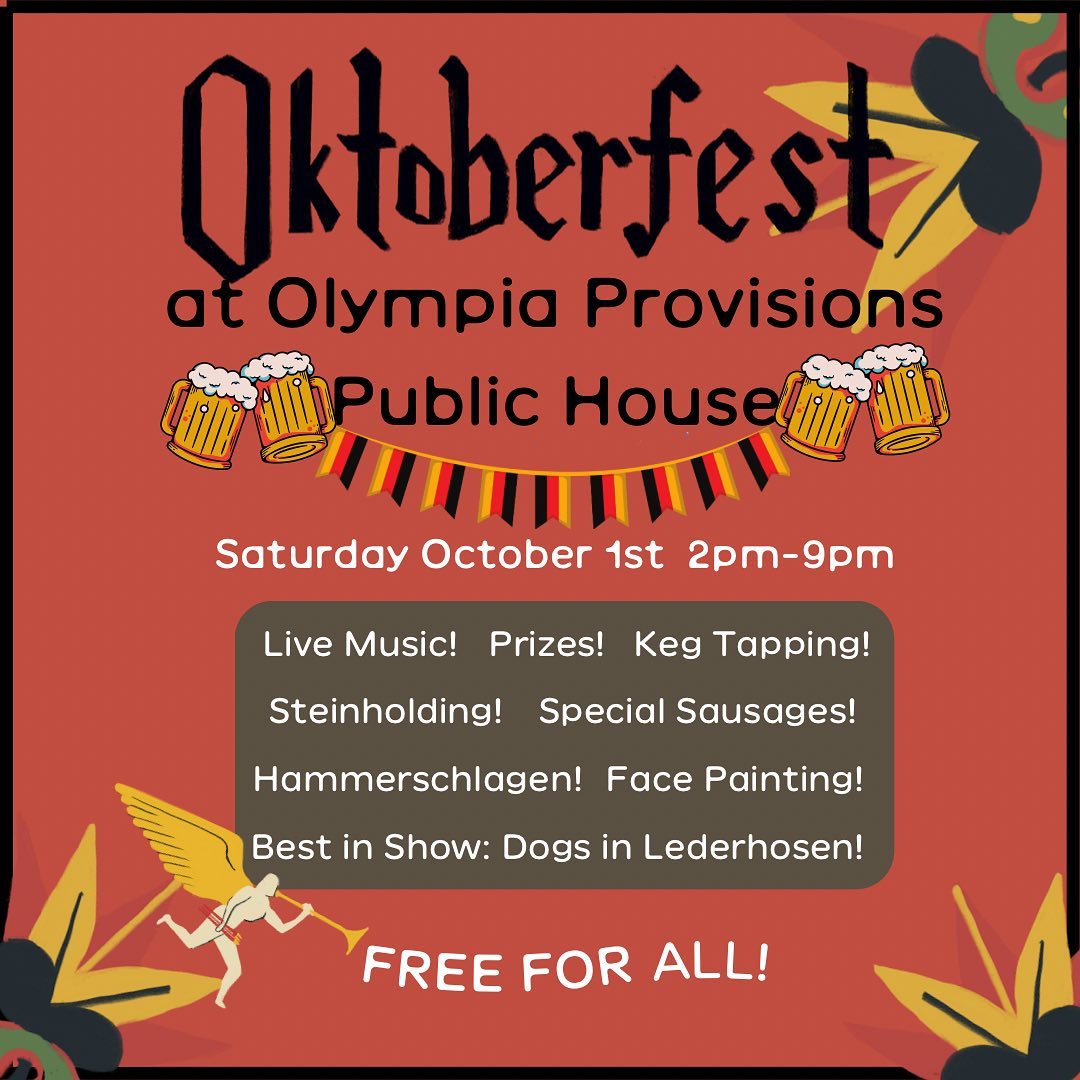 OKTOBERFEST CELEBRATION
SATURDAY OCTOBER 1 – 2-9:00PM
You can join Olympia Provisions, Rosenstadt Beer, my friend the King and Jen for an Oktoberfest Celebration on Saturday. They will be cooking traditional Oktoberfest food, featuring live Polka music, hosting games and will be tapping the ceremonial Oktoberfest keg at 2pm with the Rosenstadt team. 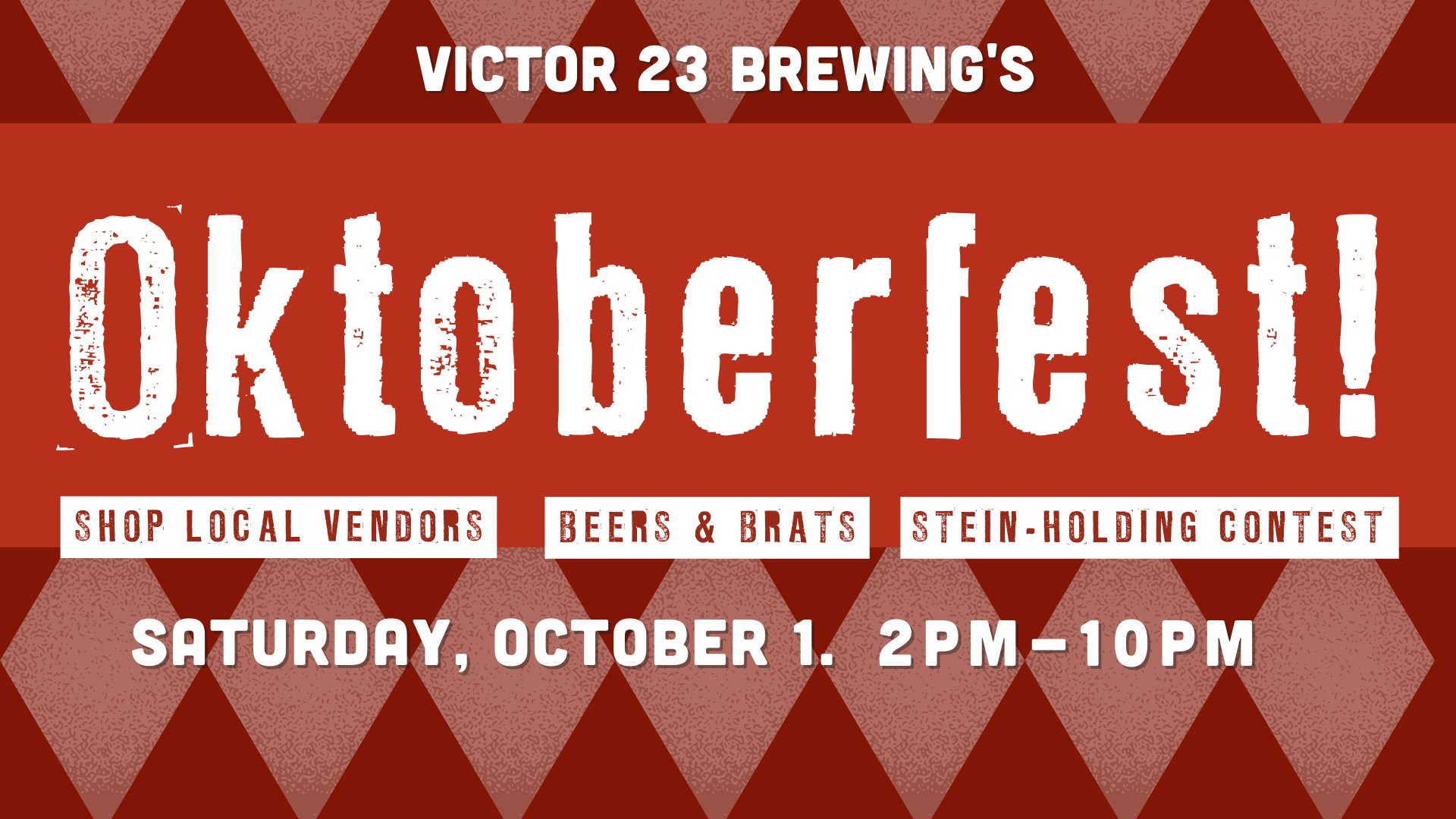 OKTOBERFEST!
SATURDAY OCTOBER 1 – 2-10:00PM
Victor 23’s Oktoberfest is $28 and is good for one plastic commemorative 1 liter stein and 3 drink tickets. Each drink ticket is good for 1/2 liter fills of beer and ciders on tap under 9%.