Weekend beer events kick off today on Portland’s west side with the Grand Opening of Migration Brewing at Washington Square Mall. Then just a few miles west, Ecliptic Brewing will be taking over the taps at Room 122 in Beaverton, Oregon.

Then on Saturday, a few beer festivals take place in the suburbs, one in Oregon City with the Oregon Trail Brewfest and the other in Hillsboro as McMenamins hosts the Cornelius Pass Roadhouse Brewfest. Other events include TopWire Hop Project’s 2nd Anniversary, Boneyard Pub hosting Hops & Heat, Freeland Spirits 4th Anniversary and so much more!

Take a look at all the events beginning today, July 21st…. 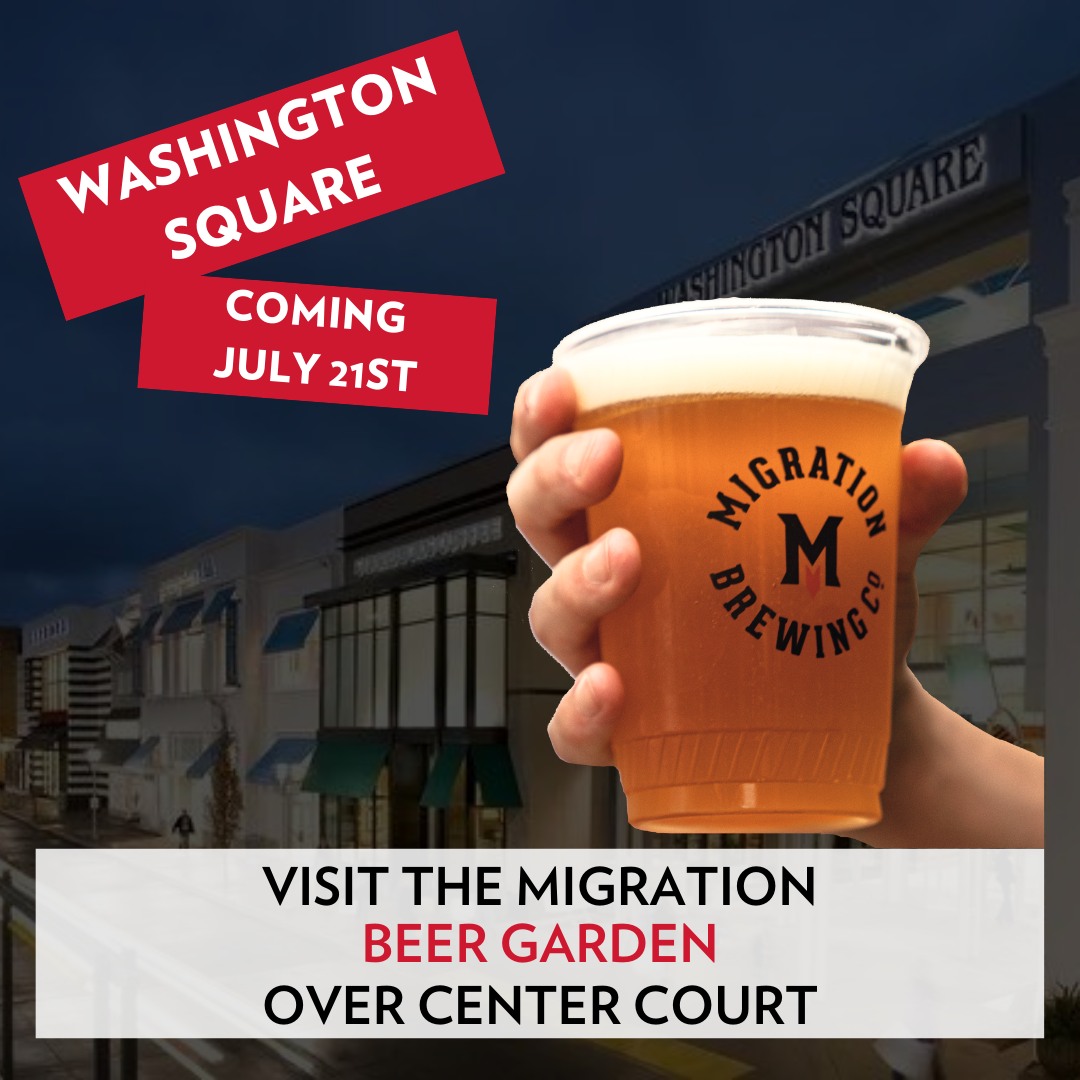 MIGRATION BREWING TO OPEN  A POP-UP AT WASHINGTON SQUARE MALL
THURSDAY JULY 21 – Noon-8:00PM
Migration Brewing will have a new Pop-Up Indoor Beer Garden at Washington Square, one of Portland’s west side shopping malls, home to Din Tai Fung and Ezell’s Chicken opening at Noon on Thursday, July 21st.  It’s located on the second floor balcony above Center Court and will have seating capacity for 35 people with beer on draft and beer to go.
Hours are: 12PM – 8PM Monday – Saturday, 11AM – 7PM Sunday

FRACTURE BREWING TAP TAKEOVER AT BEER STORE
THURSDAY JULY 21 – 6:00-8:00PM
Fracture Brewing, the newest beer project from Ny Lee and Darren Provenzano (who are making beer in the former Burnside Brewing space) is taking over five taps Thursday, July 21st from 6:00-8:00 p.m. at Beer Store Milwaukie . You can meet their local Sales Manager, Logan Marks and the word on the street is he will be raffling off some prizes, my guess is via the 2 part raffle ticket method.  Look for the following beers on draft a Hazy IPA, New Zealand Pilsner, West Coast IPA , Summer IPA and West Coast Pilsner. 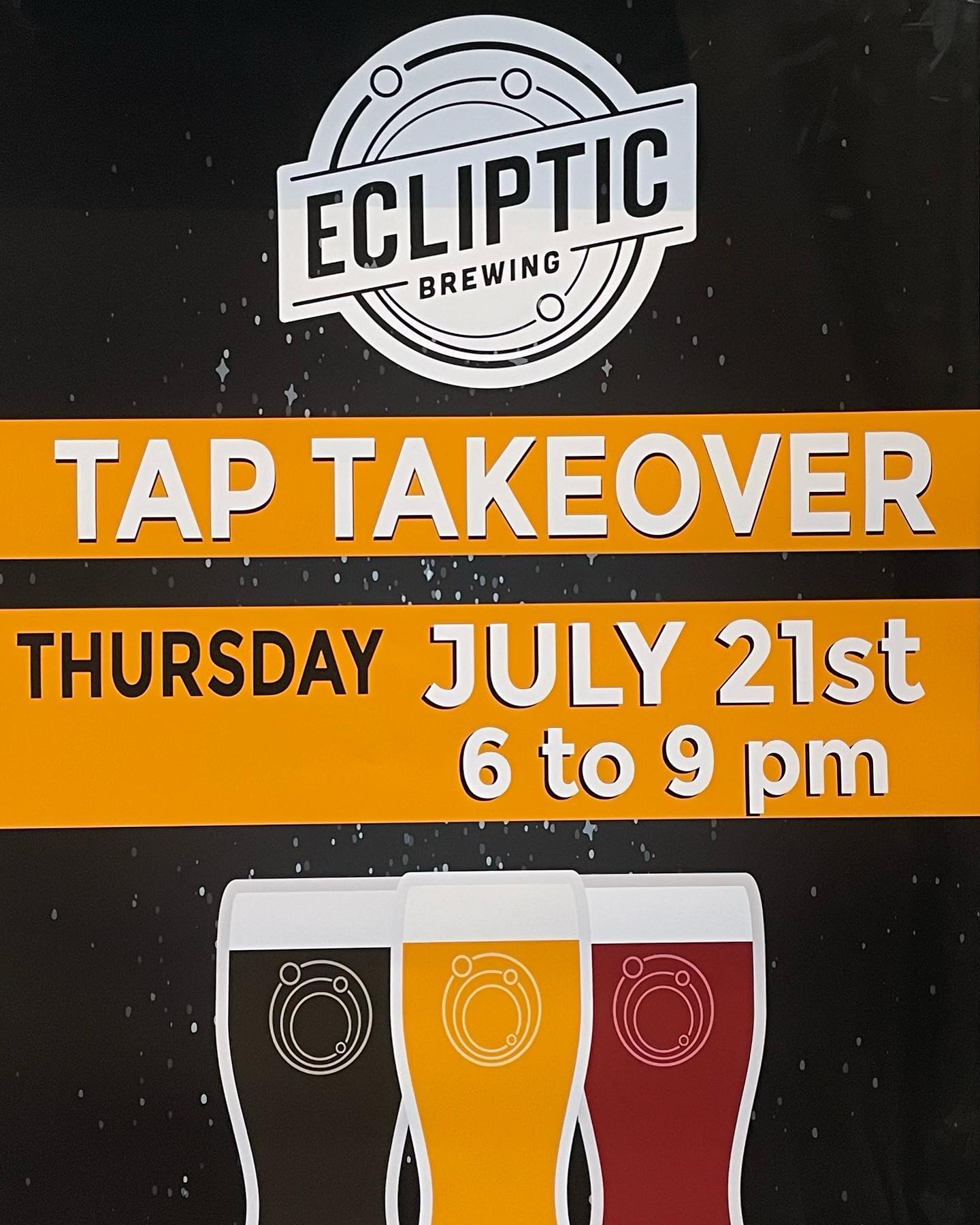 ECLIPTIC TAP TAKEOVER AT ROOM 122
THURSDAY JULY 21 – 6:00-9:00PM
An Ecliptic Tap Takeover will be happening at Room 122 Tap House, which has 40+ Craft Beers, Wines & Ciders on tap and is located at Murray & Allen in the Hyland Hills of bewitching Beaverton.  An Ecliptic sales rep, my guess is Westside rep, Brett Baltus, will be there to raffle off some sweet schwag.  For beers, look for the newest Moon Room Lager Series Beer: Helles, the Ecliptic + Georgetown Cosmic Collaboration Summer IPA (which is tres hazy) and some other Ecliptic gems.

EUGENE RIVERFRONT FESTIVAL
THURSDAY JULY 21 – SUNDAY JULY 24
WEEKEND HOURS – 12:00 -10:00PM
All are welcome for this fun, free event of food, music, art, a livestream of World Athletics Championship Oregon22 events at Hayward Field, entertainment and culture from Oregon and around the world.  Featuring a dozen local food vendors and a beer garden where you can buy the Ninkasi line of canned cocktails, a half dozen Ninkasi beers, Oakshire Amber, cider, seltzer and wine.

Eugene Riverfront Festival – Entrances are at the corner of 5th St. and Mill St., with additional entrances along the Ruth Bascom Riverbank Path – Eugene, OR 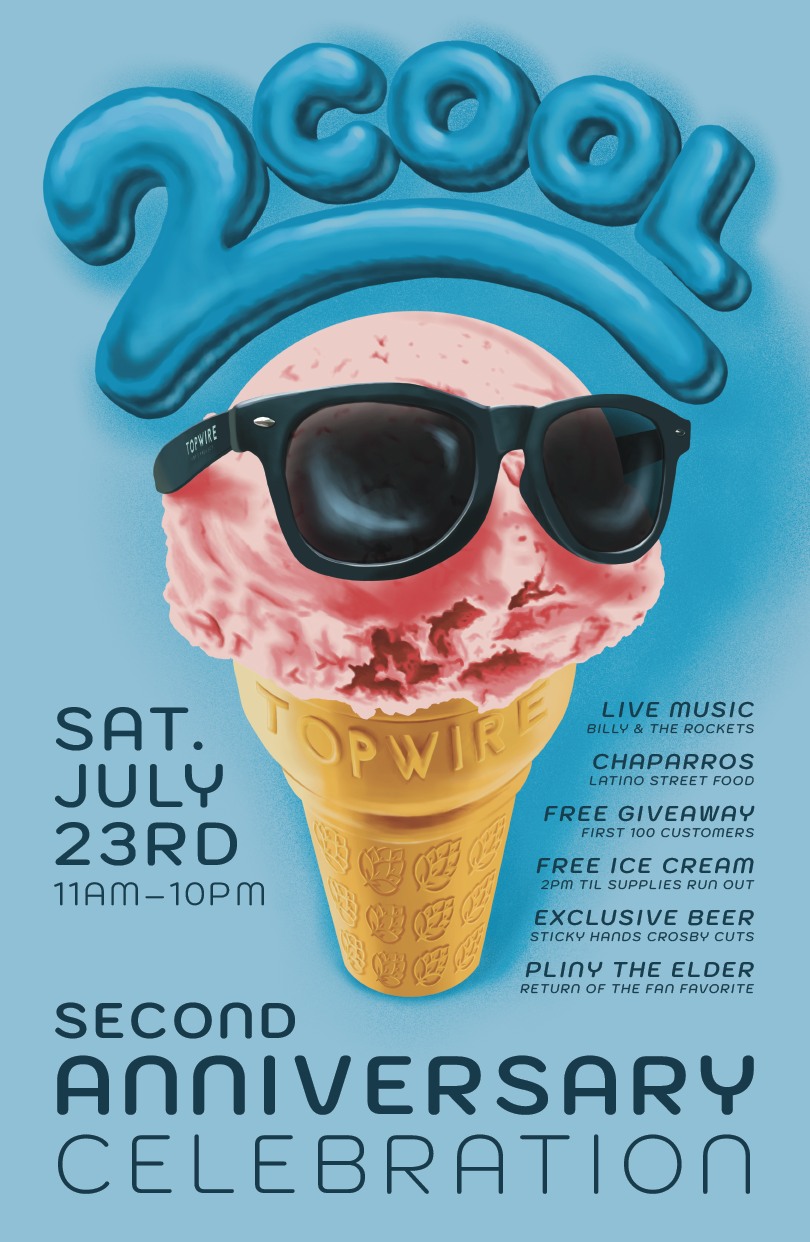 TOPWIRE SECOND ANNIVERSARY PARTY
SATURDAY JULY 23 – 11:00-10:00PM
The TopWire 2Cool Second Anniversary Celebration is happening at the TopWire Hop Project from 11:00 a.m. to 10:00 p.m. in Woodburn.  This is what they have lined up: free surprise giveaways to the first hundred customers, free ice cream treats starting at 2:00 p.m., the return of Block 15 Brewing’s Sticky Hands Crosby Cuts and Russian River Brewing’s Pliny the Elder, food from Chaparros after noon and music by Billy & The Rockets from 6:00-9:00 p.m. 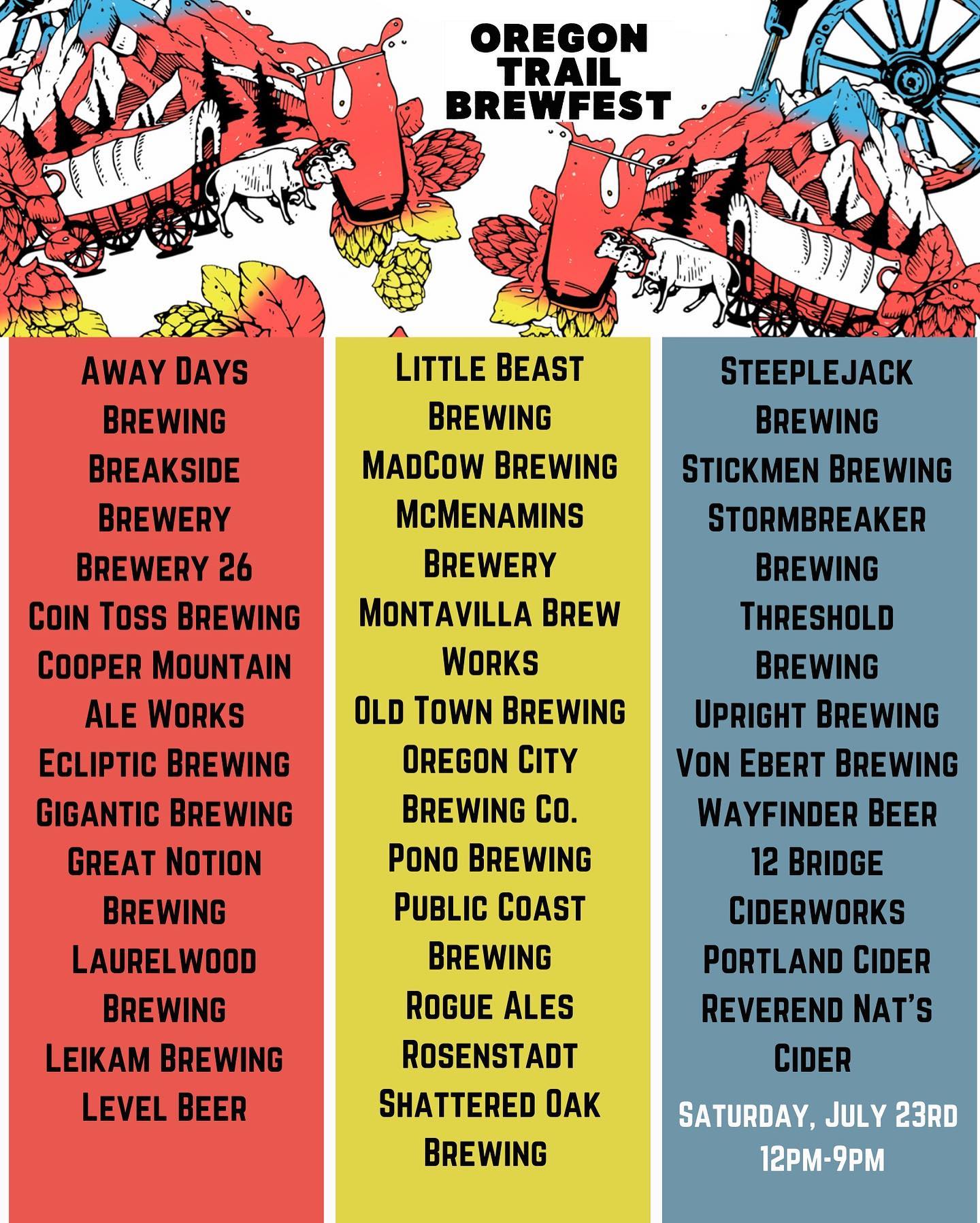 The Oregon Trail Brewfest is an all-ages affair and will feature plenty of lawn games and other activities to keep the kiddos busy.   Attendees can purchase tickets in advance and tickets will also be available to purchase at the door the day of the event. Attendees wishing to participate will get a festival glass and 10 drink tickets for $20.  Two tickets will get you a 4 oz. taster and five tickets will get you a  12 oz. pour.  If you would like to help out by volunteering to pour beer you can read the details here.

There will be live music all day, starting with Dear Drummer, and followed by Camp Crush, The Celebrators, Silver Triplets of the Rio Hondo, Night Heron, and ending with White Bike.

FREELAND SPIRITS FOURTH ANNIVERSARY
SATURDAY JULY 23 – Noon-8:00PM
Freeland Spirits is turning 4 and having a daylong, kid friendly fiesta.  Their Stefon like description of the event is as follows from the Instagram:  there will be live DJs, a free tasting booth with prizes, jello shots, themed cocktails, pizza from Pizza Thief, a corn hole tournament AND to top it all off… a FREE distillery tour with CEO/ Founder, Jill Kuehler!  Times are as follows:

NOON: DISTILLERY TOUR: Freeland’s CEO/ Founder, Jill Kuehler will be leading a distillery tour right at noon free of charge. Join the tour to learn how we make our delicious spirits and the origin story of Freeland!

1-3 PM ANNUAL CORN HOLE TOURNAMENT:  Bring your A game for the tournament of the year.  Warning: it does get competitive!!   Dogs are allowed outside on the patio/parking lot 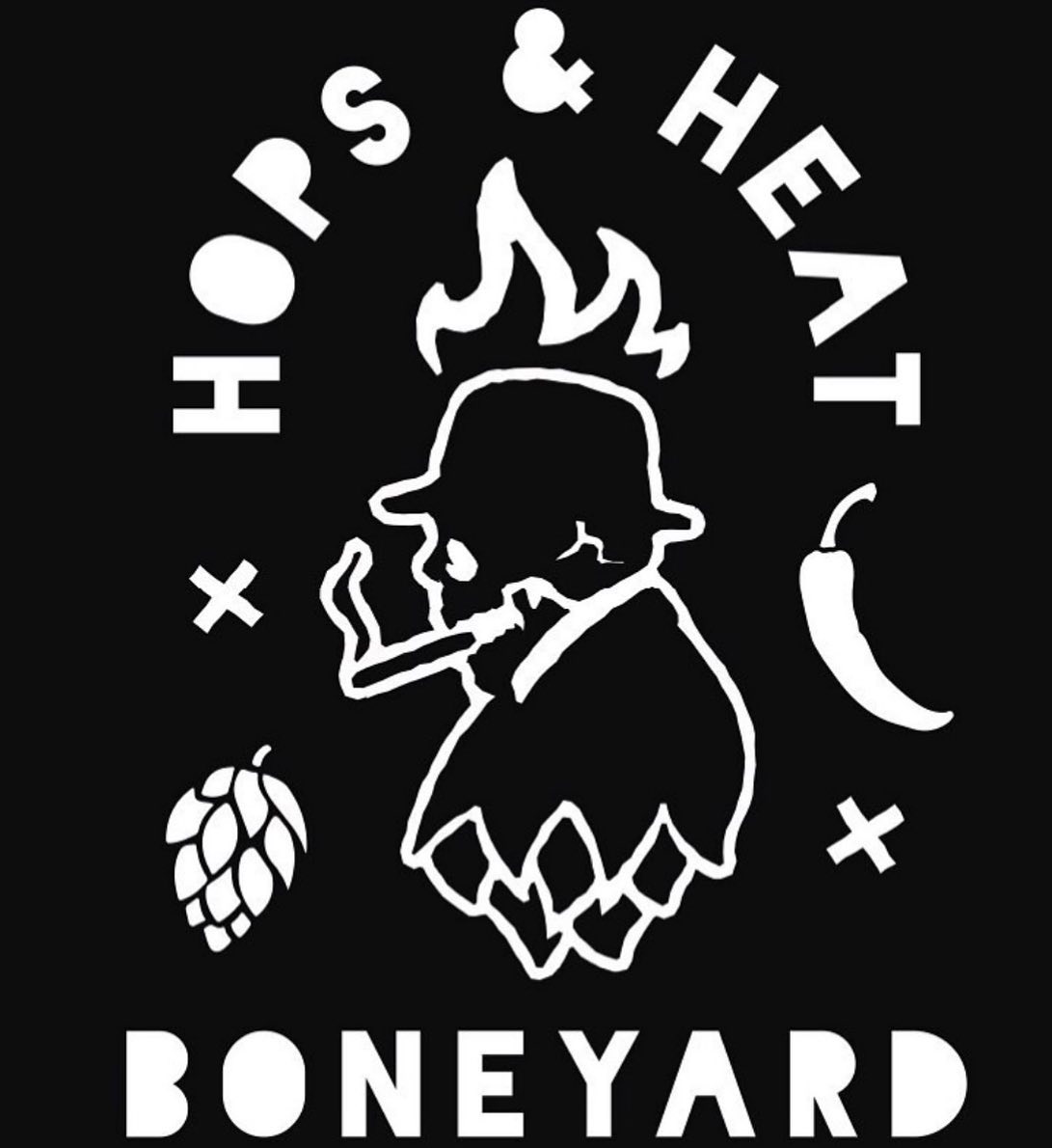 BONEYARD HOPS & HEAT
SATURDAY JULY 23 – Noon-10:00PM
Boneyard Beer is asking the question:  Do you love hoppy beers and spicy food? If you do, they are bringing the HOT HOT HEAT (unfortunately not the much loved Sub Pop Victorian band(at least in year 1)) Saturday, July 23rd from Noon-10:00pm at their Beer Pub on NE Division in Bend for the first annual Hops & Heat event.  The kitchen will be running crazy spicy food specials and the draft list will be all hopped up.

19TH ANNUAL CORNELIUS PASS ROADHOUSE BREWFEST
SATURDAY JULY 23 – 1:00-9:00PM
You can spend a summer afternoon at the 19th annual Cornelius Pass Roadhouse brewfest exploring their idyllic grounds, listening to live music, sampling 32 local beers and ciders, adventuring with a Passport Discovery Hunt, touring the brewery and the distillery, and enjoying food specials like a pork Cubano, chile pork verde, burgers and soft pretzels with ale fondue at this McMenamins bucolic setting in Hillsboro from 1:00 p.m. till 9:00 p.m.  I gotta give kudos to the McMenamins brewers for many of the beer names for the beers this year – thank you!

Here are the details as follows:
$28 for 10 4-oz tastes and a specialty pint glass
All ages welcome | 21+ to drink beer, wine,  cider or really anything they serve as an alcoholic beverage
Tokens are good for beer & cider tastes and toward food within the brewfest venue.
Refillable water bottles are welcome.  Be sure you have a seat; bring a lawn chair. Well-behaved, leashed dogs are welcome.
Brewery Tours: On the hour from 2-5:00 p.m.. Space is limited.
Distillery Tours: At 2:30 p.m., 3:30 p.m., 4:30 and 5:30 p.m.. Space is limited. 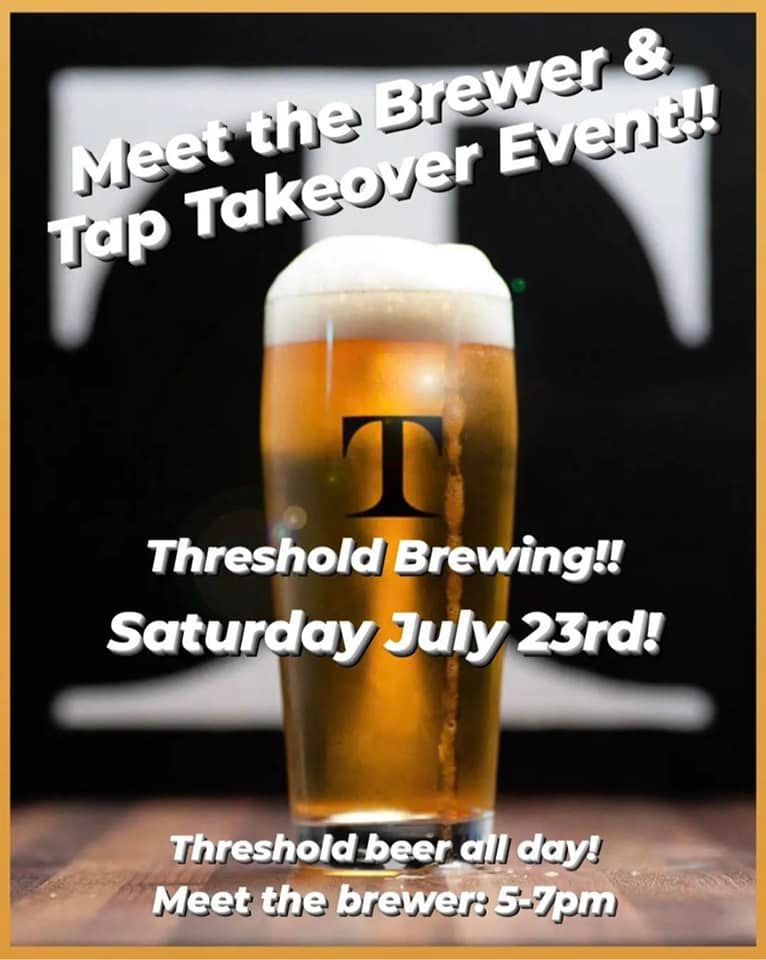 THRESHOLD MEET THE BREWER AND TAP TAKEOVER
SATURDAY JULY 23 – 5:00-7:00PM
Earthlab Libations is having a meet the brewer and all day tap takeover with the team behind Threshold Brewing on Saturday July 23rd from 5:00-7:00 p.m.  As an aside, Google maps is telling me the Study by ForeLand beer is a 2 minute walk away if you have not visited already.