Another weekend of beer festivals begins on Thursday kicking off with Oregon’s oldest running beer festival, the Oregon Brewers Festival which runs noon to 9:00 p.m. on Thursday, Friday and Saturday at Governor Tom McCall Waterfront park in downtown Portland between the Morrison bridge and Pike Street.  After work on Friday the Craft Beer and Wine Fest at Esther Short Park in downtown Vancouver starts at 5:00 p.m.  At noon on Saturday if you are in the Portland Metro area you can either hit up Hammer and Stitch’s Makers Fair at their location in NW Portland or if you are south of downtown check out the lively lagers from McMenamins brewers across the PNW at the inaugural Lager fest at their Wilsonville Old Church and Pub location conveniently located right off of Interstate 5.  If you are lucky enough to be spending the weekend in beautiful Bend, check out 10 Barrels Beer Wars on the westside kicking off at 4pm where you can sample 20 beers across 3 categories and vote for your favorite. 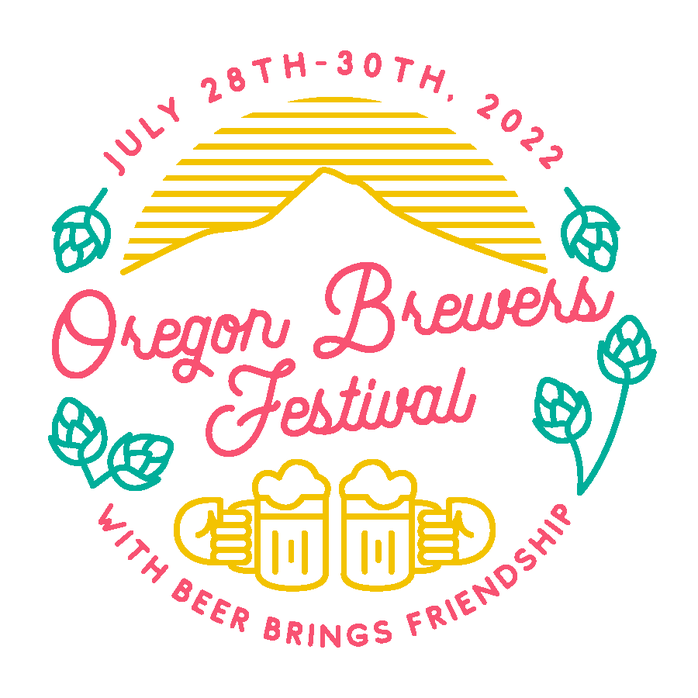 OREGON BREWERS FESTIVAL
THURSDAY JULY 28 – SATURDAY JULY 30
NOON – 9:00PM
The Oregon Brewers Festival takes place the last full weekend in July at Governor Tom McCall Waterfront park between the Morrison Bridge and Pine Street in beautiful downtown Portland, opening on Thursday, July 28th and ending on Saturday July 30th.  The Oregon Brewers Festival is not a ticketed event and there is no admission charge to enter the festival grounds and you can bring your kids. In order to consume beer or cider, you have to purchase a tasting package for $30 that includes a 2022 souvenir tasting mug and 10 tasting tickets (mugs are available on their own for $10).  If you have wooden tokens from previous festivals like I do you can bring them down and exchange them for this year’s drink tickets as two wooden tokens is an equivalent of one current year’s paper drink tickets.  Additional tickets cost $2 apiece. Mugs and drink tickets can be purchased in advance online for $30 ($33.85 with fees), or at the festival.  Patrons use three tickets for a full 12-oz mug of beer or one ticket for a 4-oz taste.

The 2022 lineup of beers will feature only beers brewed within Oregon.  Of the 41 beers being served, 31 beers will be making their debut at the OBF.  You can view the beer list online here.  The 10 beers I am going to try first have a + in front of them in no particular order. 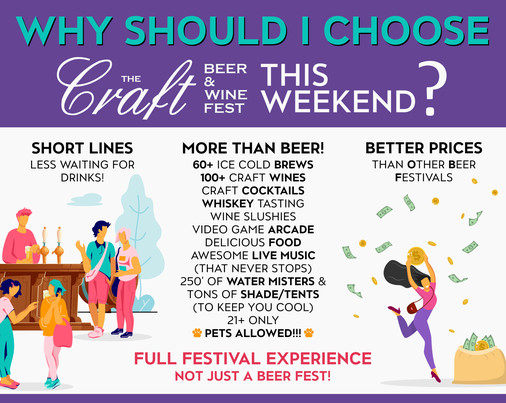 THE CRAFT BEER & WINE FESTIVAL
FRIDAY JULY 29 – 5-10:00PM
SATURDAY JULY 30 – Noon-10:00PM
SUNDAY JULY 31 – Noon-5:00PM
The Craft Beer & Wine Festival starts Friday at 5:00 p.m. and runs through Sunday at 5:00p.m. in downtown Vancouver at Esther Short Park.  This fest has sixty plus beer and ciders from twelve breweries and seven cider makers, one hundred craft wines from Washington state, local craft spirits and cocktails, food and live music.   An adult general admission pass is $30 presale ($34.19 with fees) or $35 plus tax at the door which includes entry to all three days, a glass and ten tasting tickets.  A Super Pass and VIP Pass are also available.  Two tickets will get you a four ounce sample and seven tickets will get you a pint of beer and on Sunday pints are five tickets.  You can view the brewing and cider companies here.

MCMENAMINS WILSONVILLE OLD CHURCH & PUB LAGER FEST
SATURDAY JULY 30 – Noon-5:00PM
The inaugural Lager Fest kicks off at Noon on Saturday at McMenamins Old Church and Pub in Wilsonville and runs until 5:00 p.m. and costs $15 which includes a Lager Fest Pint Glass and five 4 oz. drink tickets.  All ages are welcome at McMenamins beer fests but they will remind you that you must be 21 to drink alcoholic beverages.  Beer list is below.  McMenamins is pretty good about putting their beer info online and includes the following info for each beer which I think is pretty, pretty, pretty cool – Special Techniques, Malts, Hops, Calories, Carbohydrates, Original Gravity, Terminal Gravity, Alcohol by Volume, I.B.U.(International Bittering Units) and S.R.M. (Standard Reference Method).  They also have all this info on their App as well which is available for Apple and Android phones. 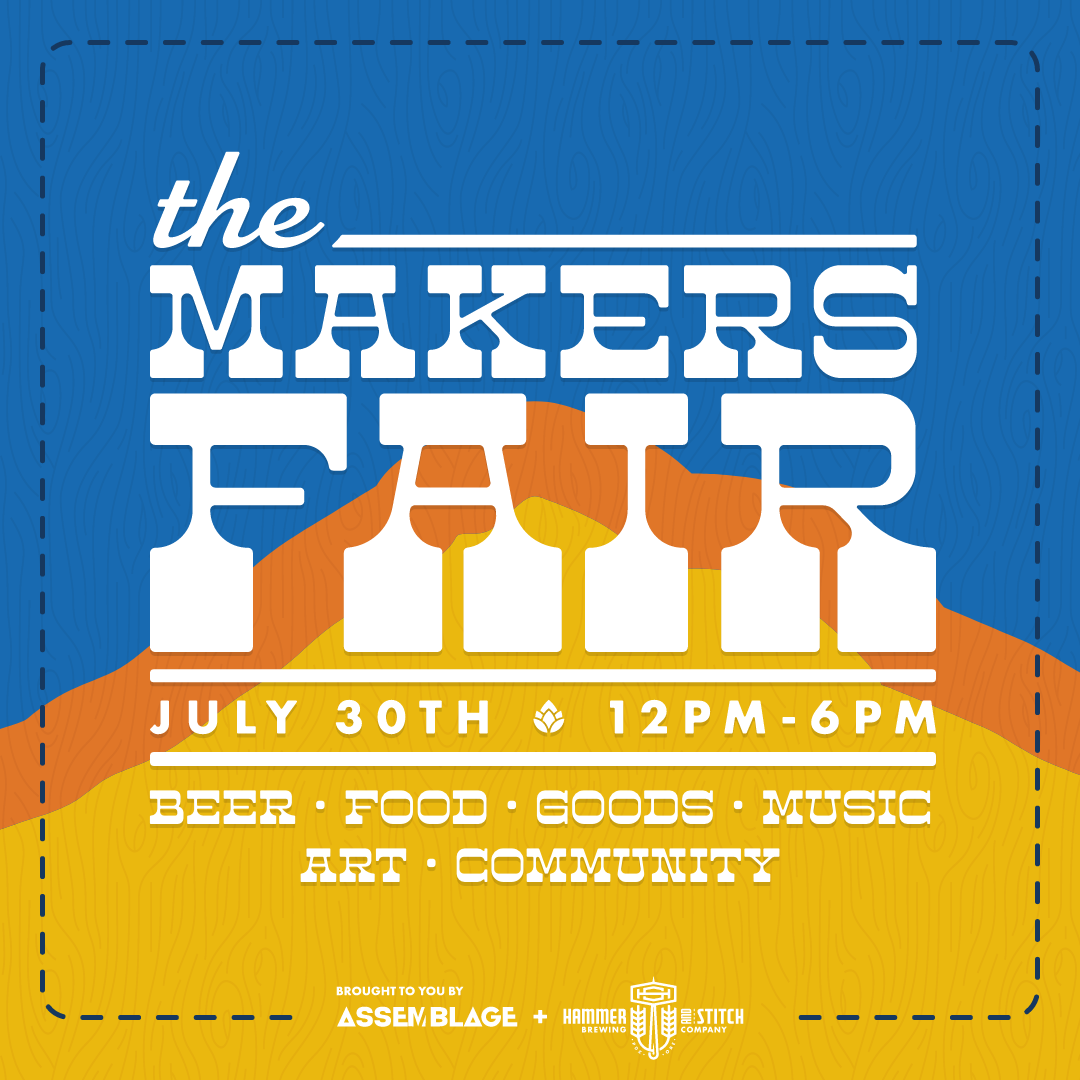 Live music is indoors at Hammer & Stitch and includes Laryssa Birdseye (1-2pm), Madison Shanley (2:30-3:30pm) and Bruce & Christine Powers (4-5pm). Tables in the brewery will be first-come, first-served, but all are welcome to pop in and enjoy the music throughout the day. 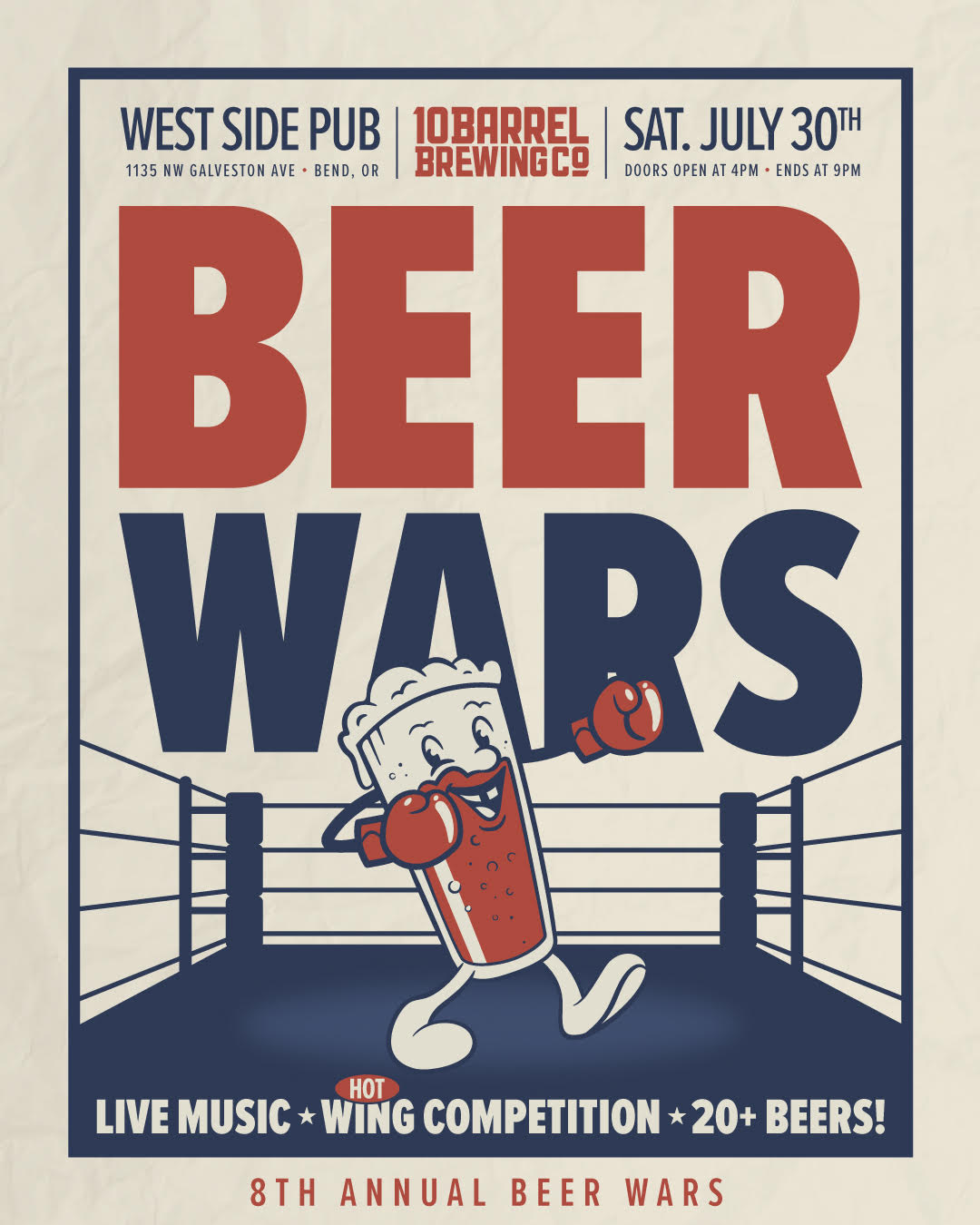 10 BARREL BREWING BEER WARS
SATURDAY JULY 30 – 4-9:00PM
Beer Wars returns to 10 Barrel Brewing this Saturday from 4:00p.m. to 9:00p.m. in Bend, Oregon at their Westside pub.  Entry is free, it is open to all ages, and a beer tasting package is $10 which includes a Beer Wars Snifter Glass and 3 tasting tokens.  Additional tasting tokens are $1 each.

Beer Wars is a blind tasting event where each beer on draft will be associated with a designated number 1-20.  Each person is given a tasting sheet and samples beers throughout the day from the following three categories India Pale Ales, Session beers (from 3-7% ABV which could be lagers, wheat beers or ales across different styles which could be pilsner, kolsch, hefeweizen, etc) and Wildcards (which could be sour beers, belgian-style ales, stouts, etc.) taking notes on which one is their favorite before they cast their final vote (I am assuming it is votes since there are three categories).  An hour before the conclusion of the event 10B will close voting, tally the votes, and declare a winner for each category!  I attended the first one of these and with the temperature looking to be over 100 degrees and sunny this weekend, remember to dress appropriately, bring some sunscreen and a hat and stay hydrated by drinking plenty of H2O.

In addition, this year 10 Barrel will be having a Wing Wars component where each of 10 Barrel’s pub locations submits a wing recipe and similar to the blind tasting aspect of beer wars, guests vote on their favorite wing recipe!  Not sure about the details on this but if you like wings, it looks like a good time.