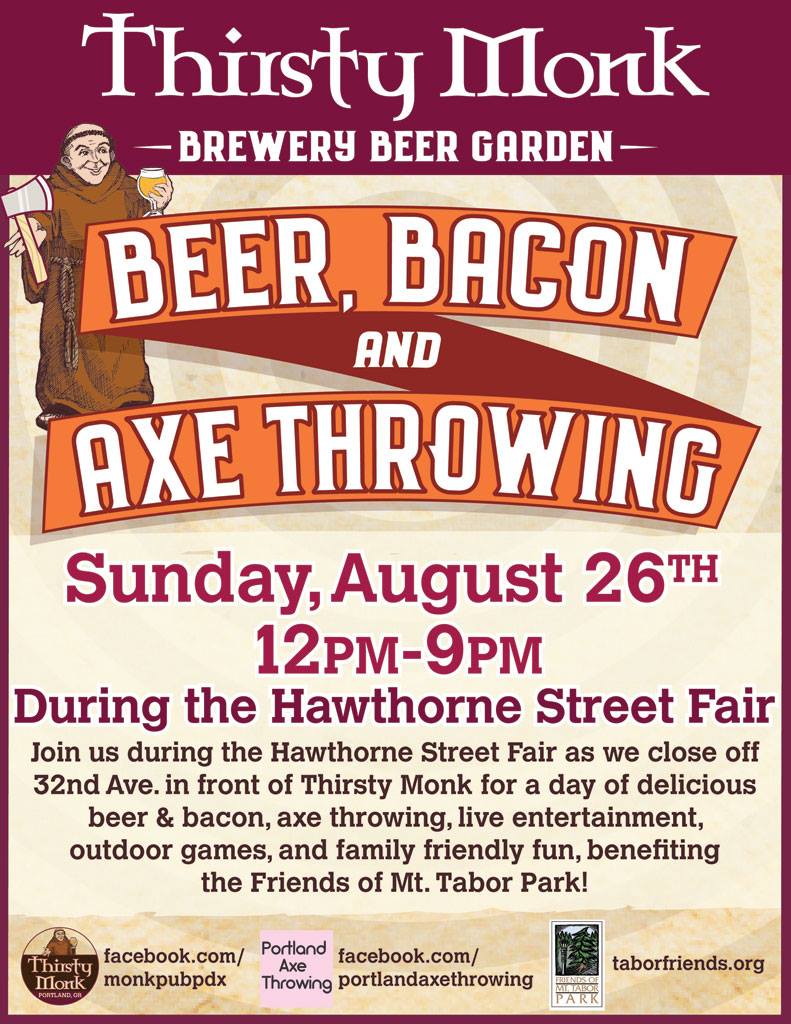 In addition to the Portland Axe Throwing where you can let go of some anger by throwing an axe, there will be a variety of family friendly outdoor entertainment. The day’s itinerary includes buskers, cornhole, a beer coaster derby and more! Best of all the street fair will benefit the Friends of Mt. Tabor Park.

In addition to the Beer Garden in front of Thirsty Monk, the Hawthorne Street Fair will take place from 11:00am-6:00pm as you can explore over a hundred businesses dedicated to community involvement, making the area a desirable place to live, work, and shop.