Returning in 2018 from Three Creeks Brewing is its Barrel-Aged Desperado Series of beers. The first release from this lineup, Rye Whiskey Barrel-Aged Frontier Justice Coffee Stout, is now hitting store shelves and taps.

Rye Whiskey Barrel-Aged Frontier Justice Coffee Stout is brewed with 10 different specialty malts and aged in Rye Whiskey barrels for over a year, then it’s infused with copious amounts of cold pressed Sumatra Coffee. Roasted barley and coffee flavors complement spicy, sweet notes of vanilla from the barrels that results in a 10% ABV bold beer.

Originally brewed in fall of 2016 and aged in Bendistillery Rye Whiskey barrels for over a year, only 60 cases of wax dipped 22oz bottles were produced of this luxurious coffee infused barrel aged export stout. Rye Whiskey Barrel-Aged Frontier Justice Coffee Stout is available now on draft and in 22 oz bottles.

All the unique offerings in the Barrel-Aged Desperado Series use barrels sourced from Oregon wineries and distilleries, and represent the best of Central Oregon’s beer culture.

Following up the Rye Whiskey Barrel-Aged Frontier Justice Coffee Stout will be:

The Sisters, Oregon based brewer has also announced its 2018 Beer Release Calendar. Here is what to expect in 2018 from Three Creeks Brewing. 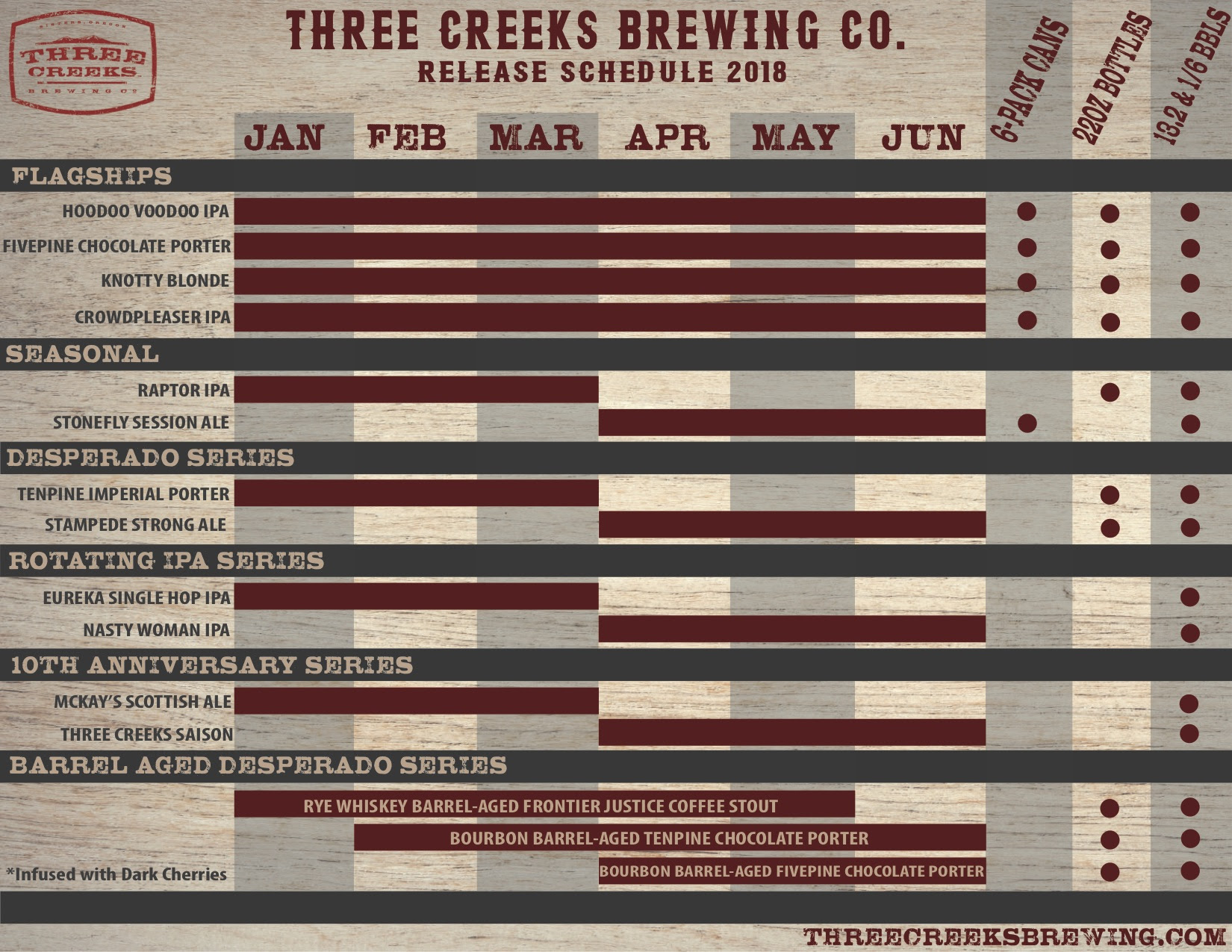