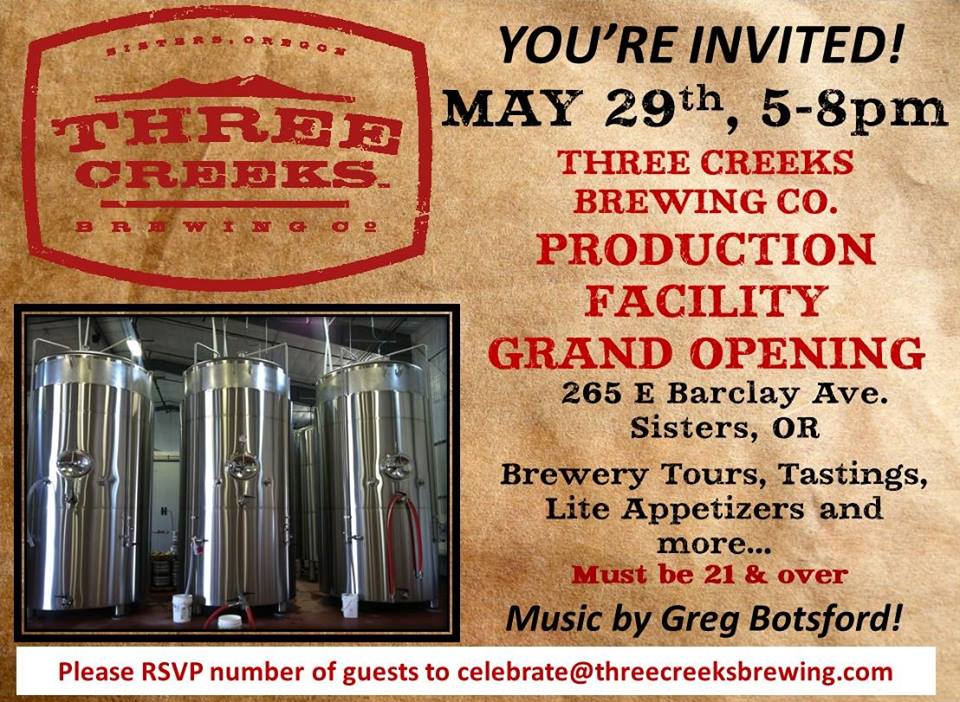 Founded in 2008, Three Creeks Brewing has earned a solid reputation in its hometown of Sisters, Oregon. When the brewery began seven years ago the brewers were brewing on a manageable 10 BBL system. As the brand grew into packaging the need for a larger brewery was imminent. Already in 22 ounce bottles, Three Creeks expanded its packaging to include convenient 12 ounce cans. This brought forth the necessity for a larger production brewery.

On Friday, May 29th Three Creeks will be hosting its new Production Brewery’s Grand Opening from 5:00 to 8:00pm. Located a little over one mile northwest of the original pub, the new production brewery is an 8,000 square foot newly constructed building that will allow the brewery to expand at a better pace. Led by head brewer Zach Beckwith, Three Creeks new 30 BBL system will allow for a larger variety of beers. With this new additional capacity Beckwith will be able to brew more small batch beers on the pub’s original 10 BBL system, including its Desperado series of seasonal bottle releases. 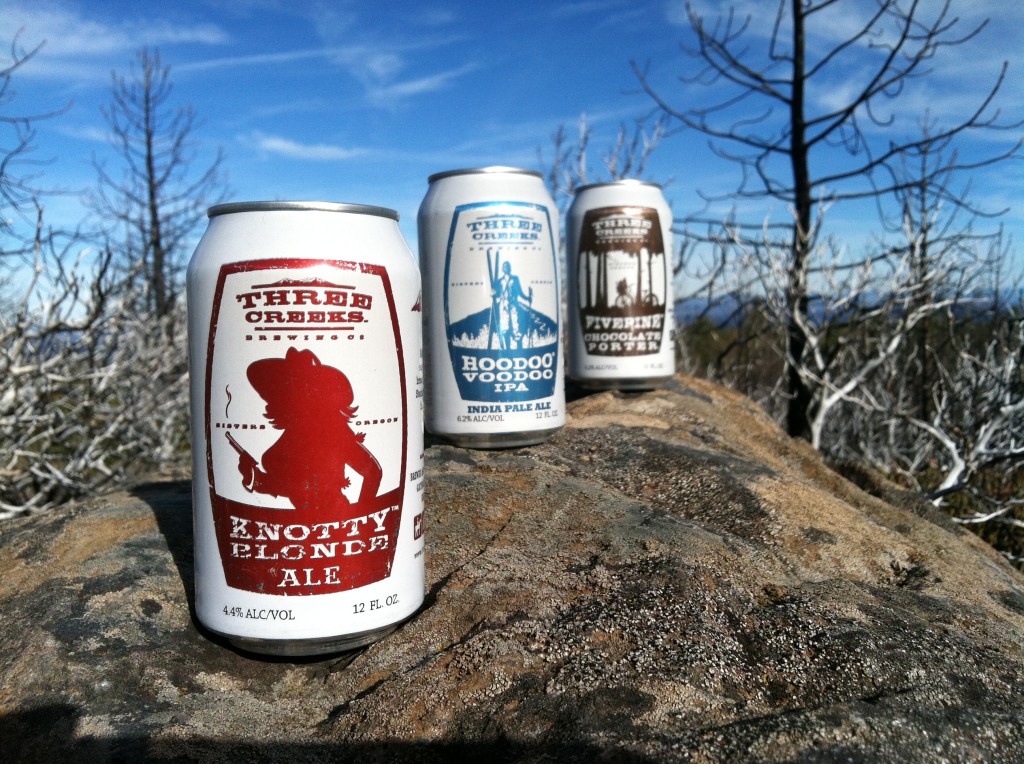 For the special Grand Opening on Friday expect the following extensive selection of beers to be pouring.

To attend, Three Creeks would appreciate you RSVP’ing to celebrate@threecreeksbrewing.com. Beyond the assortment of beers being poured stop by for some tastings, brewery tours, appetizers, music and more.