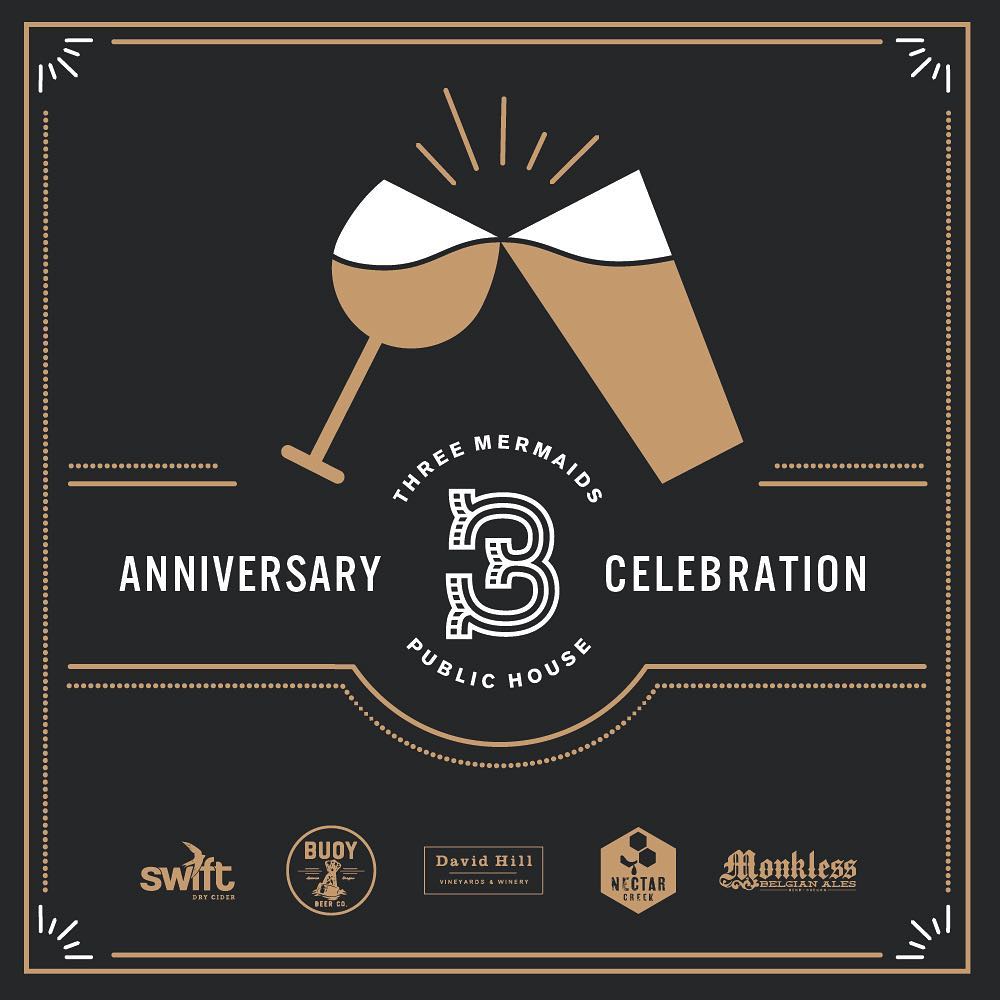 Out in the Portland suburb of Tigard is Three Mermaids Public House with its 33 taps of rotating beer, cider, and wine. This week the pub is celebrating its 2nd Anniversary with a week’s worth of events.

Yesterday the its anniversary week kicked off with a Sunday Brunch. The rest of the week is shaping up to be a fun one with trivia, bingo, a wine tasting, a Buoy Beer release, Swift Cider tap takeover and wraps up on Saturday with a customer appreciation day.