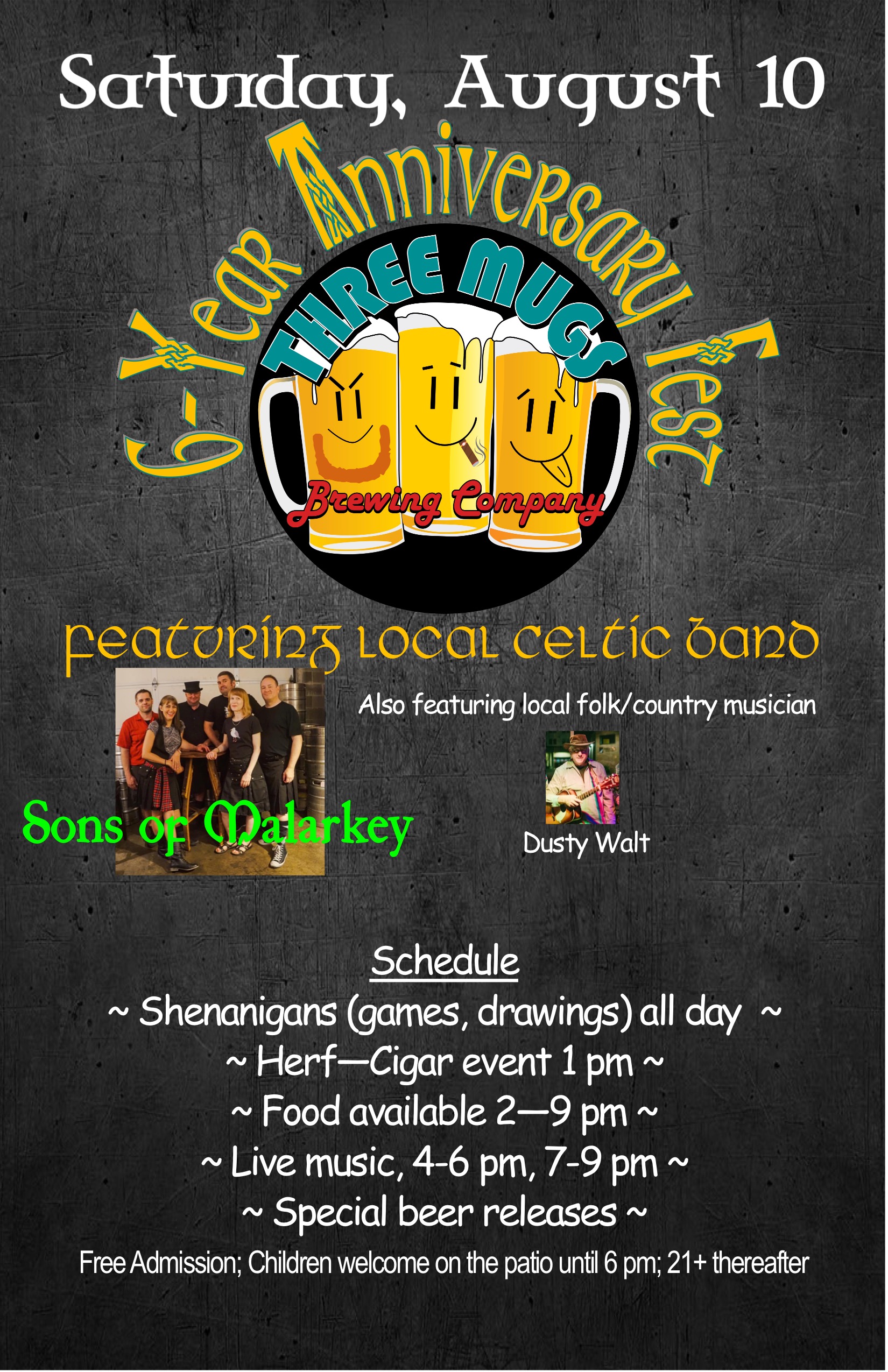 Beginning at 4:00pm the live music will begin with the folk group, Dusty Duo, and Celtic band, Sons of Malarkey. Food will be available from The Other Chef, who offers a delicious Cajun fusion fare. Additionally, there will be prize drawings, games, and cigars.

In addition to the 6th Anniversary of the brewery, two of Three Mugs’ owners, Wendy and Jay Jennings, will be celebrating their 36th wedding anniversary.