A new collaboration that benefits the Oregon Humane Society comes to Portland at Threshold Brewing as they partner with Pup Passport on the release of Good Dog Guava. This new Gose will be released on Saturday, April 16th from Noon – 5:00pm at Threshold Brewing in Southeast Portland’s Montavilla neighborhood.

Good Dog Guava is a Tart Gose with Guava and Passion Fruit that sits at 6% ABV. It is described by the brewery as a light and tart tropical-fruited Gose, perfect for sunny sipping at Threshold’s pup-friendly taproom and patio.

Joining the trio on Saturday’s release will be the Heartbreaker PDX pop-up that features St. Louis-style BBQ. There will also be representatives and raffle prizes from all three collaborators, Good Dog Guava merch and swag and OHS pet adoption information. 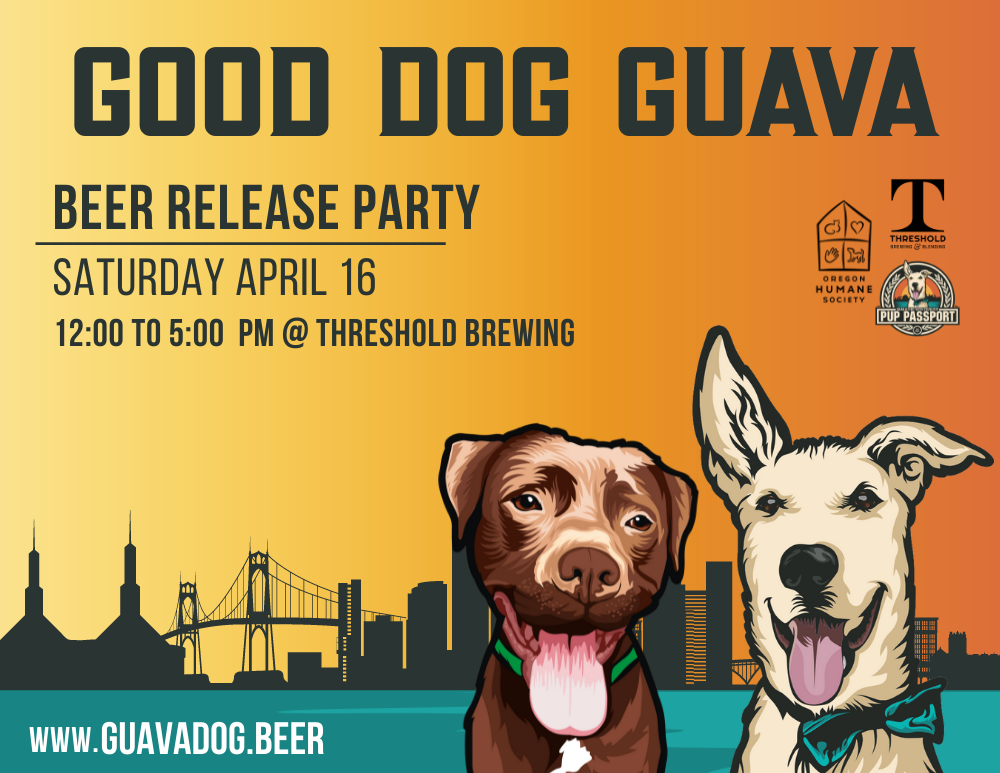