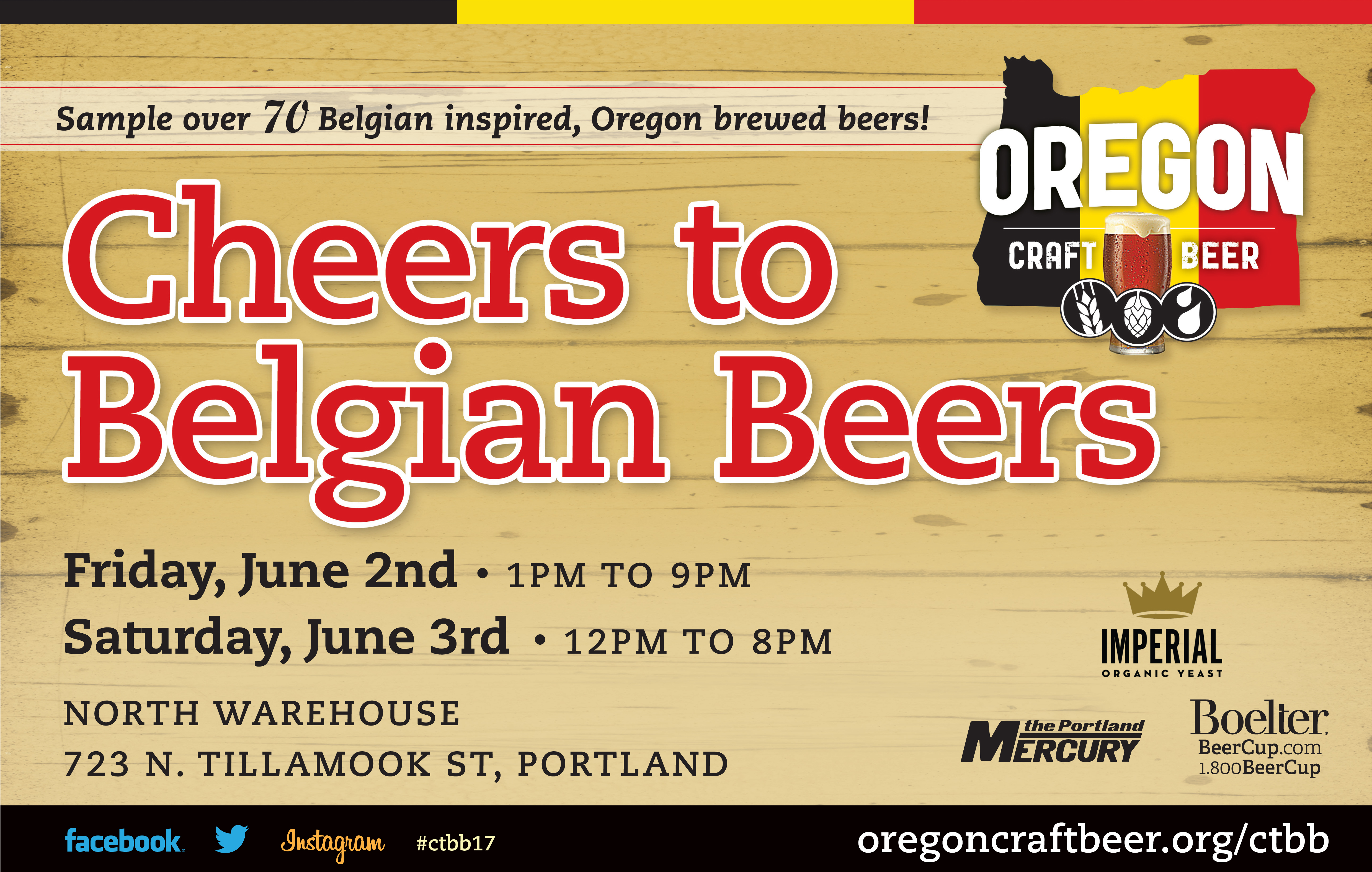 PORTLAND, Ore. – March 20, 2017 – The early bird gets the worm, or in this case, beer! Advance tickets are on sale now for Portland’s Cheers to Belgian Beers festival, which features up to 70 Belgian-style beers brewed by Oregon craft brewers using the same single yeast strain. The 11th annual event will take place June 2 and 3 at The North Warehouse at 723 N. Tillamook St. Hours are 1pm to 9pm on Friday and 12pm to 8pm on Saturday.

Drink packages at the door costs $20 for a souvenir glass and eight drink tickets. Discount tickets are on sale now at MercPerks, with two tasting glasses and 16 drink tickets for $28 ($40 value), while supplies last. The event is for ages 21 and over.

This year’s featured yeast strain is Imperial Yeast B45 Gnome, a yeast that creates crystal clear Belgian ales in a short amount of time. Gnome produces peach and apricot esters with a Belgian phenolic character that can be manipulated through temperature. It pairs well with hops, while also complementing malt and caramel characters.

To ensure the diversity of the yeast strain, as well as show off the creativity of Oregon craft brewers, the color and strength of each brewery’s beer is determined by a dart throw. More than 80 breweries took part in this year’s dart throw, held on Jan. 16 at The Evergreen, the private event space at the Loyal Legion. Depending on where the dart landed on the board, a brewer was directed to brew a Belgian-style beer that will be either light or dark in color, with amber as the midpoint; and either lower or higher in alcohol, with six percent being the baseline. Four breweries hit a bullseye, meaning they get to choose their color and strength.

Portland’s Cheers to Belgian Beers takes place inside The North Warehouse as well as outside in the tented parking lot. Food is available from Urban German Grill. Street parking is available, but limited. Attendees are encouraged to take public transportation — the TriMet Bus Line 35 stops one block away and the Yellow Max Line stops two blocks away — or ride their bike, with complimentary bike parking available.

The festival is seeking volunteers, who receive a glass, 8 drink tickets, a t-shirt and free admission after their shift. An OLCC servers permit is not required to participate as a volunteer server at this event. To sign up, visit  https://www.events-connect.com/ctbb/volunteer.