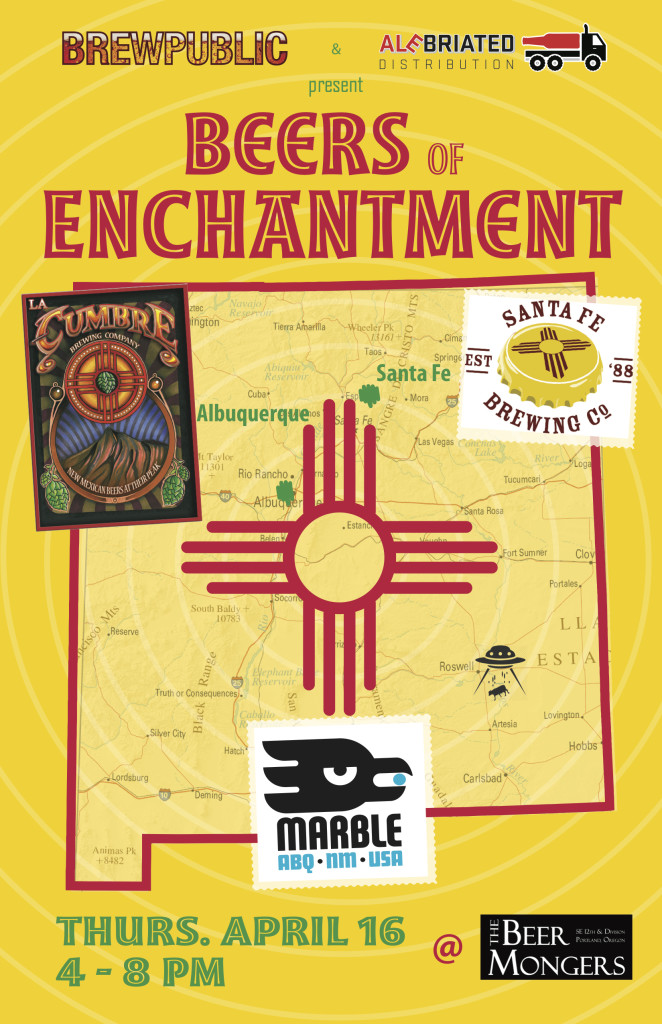 We are all set for one of today’s top 2015 Craft Brewers Conference events when BREWPUBLIC and Alebriated Distribution team up for Beers of Enchantment at The BeerMongers. This special New Mexico craft beer tasting will take place today from 4:00 to 8:00pm.

The New Mexico breweries to be featured during Beers of Enchantment include La Cumbre Brewing, Santa Fe Brewing, and Marble Brewery. All three of these breweries have won medals on two of the largest stages in brewing, Great American Beer Festival and World Beer Cup. Marble Brewery is really making a name for itself as they were awarded 2014 Great American Beer Festival Small Brewery and Small Brewery Brewer of the Year!

So stop in at The BeerMongers to visit with three of the top breweries in New Mexico. All three breweries will have a few of the owners and brewers in attendance. Here are more details on all three breweries and what will be pouring on draft. 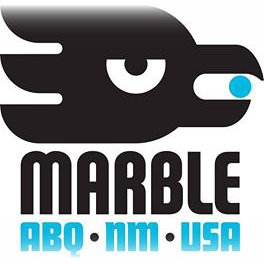 Founded in 2008 in the heart of downtown Albuquerque, Marble Brewery has made a name for itself amongst its peers. At the 2014 GABF, Marble Brewery was named the Great American Beer Festival Small Brewery and Small Brewery Brewer of the Year! Over the years, Marble has won 7 medals at GABF and won a Gold Medal at the 2014 World Beer Cup for its Pilsner.

Beyond these awards, Marble Brewery has also been featured in the TV Series, Breaking Bad. In August 2013, brewmaster Ted Rice created two beers that featured a Breaking Bad theme to each of the beers. Rice brewed a CDA named Heisenberg’s Dark and a White IPA named Walt’s White Lie.

The beers that Marble Brewery will be featuring include:

This is New Mexico’s oldest brewery when it established its brewery in Santa Fe in 1988. Then in 2010 the brewery was the first in New Mexico to can its beer. Since its inception, Santa Fe Brewing has won 4 medals at the Great American Beer Festival and has won 3 medals at the World Beer Cup.

The beers that Santa Fe Brewing will be featuring include: 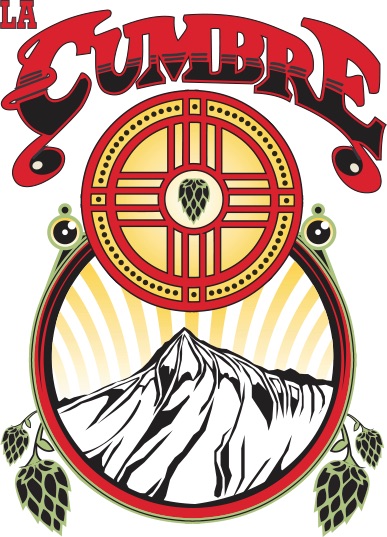 Based in Albuquerque, Since 2010, the goal of La Cumbre Brewing Co. has been to produce beers that represent the absolute apex of the art of brewing. During its short five year existence, La Cumber Brewing has won 4 medals at Great American Beer Festival. Then in 2012 alone, La Cumbre won 3 medals at the World Beer Cup.

The beers that La Cumbre Brewing will be featuring include:

The BeerMongers, one of Oregon’s finest craft beer taprooms and bottle shops will be featuring events throughout the week of CBC. Follow them on Twitter and like them on Facebook to keep abreast of the week’s happenings.