Two pub crawls – one celebrating BridgePort Ebenezer Winter Ale and the other an anniversary for Its Pub Night, a mystery keg and lots more. Here are the Portland craft beer events for the week of December 7, 2017. 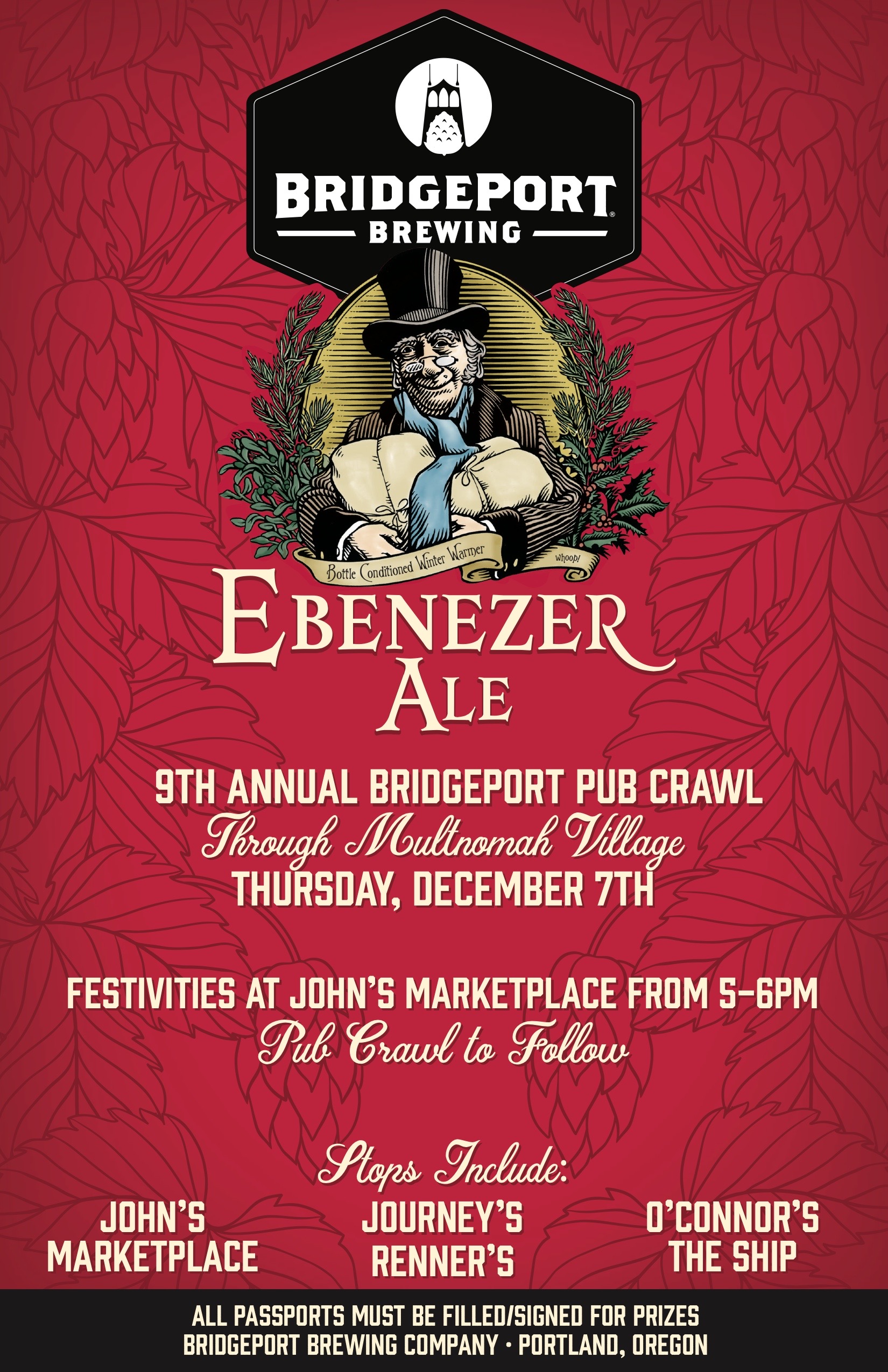 Ninth Annual Ebenezer Multnomah Village Bar Crawl
Starts 5 pm Thursday Dec. 7, John’s Marketplace, Multnomah Village;
BridgePort’s Ebenezer Strong Ale is smooth with a complex palate derived from four different roasted malts and a blend of local and imported hops. Deep mahogany in color, its malty first taste and full body is balanced with a light hop aroma, leading to a caramel finish. Best of all, it’s back for the season and they’re celebrating the return of a Portland favorite with their ninth annual pub crawl with stops at Journey’s, O’Connor’s, The Ship, and Renner’s. Guests who complete their full Ebenezer passport will qualify for various prizes. The crawl is free and guests can pay as they go.

Epic Night of the Baptists
5-8 pm Thursday Dec. 7, Belmont Station, 4500 SE Stark St.;
Imperial stout fans take heed: bottles of all the Epic Baptists (Big, Bad Baptist, Triple Barrel & Big, Bad Baptista) will be on sale in the bottle shop, and they’ll be pouring all three in the biercafe as well.

Cellar Blowout Bonanza
Friday Dec. 8, Belmont Station, 4500 SE Stark St.;
The Cellar Blowout is the perfect event for holiday shopping because the crew will be bringing in some very special bottles of aged beers that have been meticulously stored in their off-site cellar, and they’ll be also be pouring a “mystery keg” — they think they know what it is, but all identifying markings are gone and you can help i.d. the beer…also, they’ll be pouring from a cask of JW Lees Harvest 2011 on the bar top.

St. Bernardus Abt 12 Magnum Vertical Tasting
6-10 PM Friday, Dec. 8, Bazi, 1522 SE 32nd Ave.; $18 for tasting flight.
St. Bernardus Abt 12 is an Abbey ale brewed in the classic ‘Quadrupel’ style of Belgium’s best Abbey Ales. Dark with a full, ivory-colored head. It has a fruity aroma, full of complex flavors and excels because of its long bittersweet finish with a hoppy bite. This special St Bernardus Abt 12 Magnum Edition vertical flight includes 4 oz pours of each Abt 12- 2013, 2014, 2015 and 2016, plus a welcome pour of St Bernardus Christmas. Due to the limited magnum edition bottles, only 50 seats are available and pre-purchase is recommended via Eventbrite.

A Festive Night with Sierra Nevada
5-8 pm Wednesday Dec. 13, Belmont Station, 4500 SE Stark St.;
The headline says it all — no, really, because I don’t have any more info, but I think that S/N Celebration will be involved, and you know you should be glad!