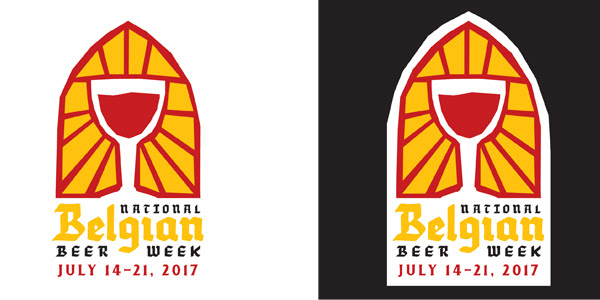 Austin, TX (April 20, 2017) –  Artisanal Imports is excited to announce its sponsorship of the first annual National Belgian Beer Week (July 14-21), which will feature many of the world’s finest real Belgian ale brewers. The week is a joint effort between the nation’s premier Belgian beer importers including Artisanal Imports, D&V International, Global Beer, Merchant du Vin, and the breweries they represent.

The week kicks off with the 7th annual North American Belgian Beer Fest (July 14-15) in Westland, MI. Representatives from many of Belgium’s most well-known brewers will be in attendance to share, sample and discuss their craft. Last year’s NABBF saw nearly 1,000 attendees who sampled more than 220 beers from 80+ Belgian breweries, and this year’s event is expected to be even bigger.

“I don’t know of any festival outside of Belgium that will have more Belgian brewers in attendance,” said Lanny Hoff, Artisanal Imports SVP-Brands Manager. “The NABBF will be a great chance for consumers to get the Belgian story, straight from the people living it.”

Roy More, co-owner of Ashley’s, which organizes the event says: “Even in Belgium it is rare to have this many Belgian beers in one place. We’re thrilled to offer Festival guests the unique experience to learn from experts about Belgium’s centuries-old brewing traditions and help them gain a hands-on understanding of why its often-imitated craft beers are considered among the best in the world.”

Throughout the week, Belgian brewers will be supporting local events across the country.

Jesse Mogk, General Sales Manager at D&V International, sums up the week: “The Belgian beer experience is something that we, as importers, have always dreamed of being able to share with the American public. We are beyond excited that we were all able to partner together to bring the best of Belgium to America for the National Belgian Beer Week! If you have been to Brussels Beer Weekend, then you know that nothing like this has ever been done in the U.S. Join us for a beer (or ten!) Santé!”

The National Belgian Beer Week’s finale will be held on Thursday, July 20 and is reserved for the trade. It will be reception style and hosted at the Flanders Investment and Trade office in New York City that features stunning views of Manhattan. The finale will present a unique opportunity for beer professionals to connect with the owners and brewers from Belgium’s most esteemed breweries.

Interested in attending the North American Belgian Beer Fest (July 14-15)? Don’t wait! Tickets sell out well in advance and are available now here. More information can be found at the event website at http://nabbf.com/.

Are you a retailer or distributor interested in attending the week’s trade finale with Flanders Investment and Trade? Please contact Konrad Wisniewski at konrad.wisniewski@fitagency.com.

For more information about the National Belgian Beer Week, North American Belgian Beer Festival, trade finale with Flanders Investment and Trade, or for interview opportunities with the participating Belgian breweries, please contact the respective representatives below.