Elan Walsky and the Coalition crew are saying goodbye to their old favorite Two Dogs IPA, which may be what was in that keg he was wheeling into BeerMongers a couple of summers ago in the picture. Elan and crew are at Mongers (1125 S.E. Division St.) from 5- 8 p.m. tonight, Friday March 18, to sample bottles of Two Dogs perhaps for last time along with a great tap list that includes Two Dogs’ successor: Dropping Science, a new D-IPA. Also: Shenanigans Barley Wine aged for a year; Bosc Mode – Wild American Ale aged on two types of pears in a Syrah barrel – on Brett; Serendipity seasonal Session Ale; and Hopland in Space, a Rev Nat’s/Coalition collabo: a Triple Cider/Beer.

Upright’s Seventh Anniversary
1-8 p.m. Saturday March 19, Upright Brewing Co., Left Bank Bldg., 240 N Broadway, #2;
Celebrate seven years of producing beers at one of Oregon’s best and most idiosyncratic breweries. They’ll release the annual Anniversary Saison Saturday and the taps in the tasting room will be pouring special beers including Fantasia, Fatali Four, Oyster Stout – brewed with using 8 dozen large oysters in the hopback and 8 gallons of oyster juice, making up nearly 3 percent of the beer by volume – a brand new Wit and Imperial IPA, plus a preview of an upcoming barrel fermented beer made with pinot noir grapes. Anniversary saison bottles are $12 each or 3 for $35, limit three per person. 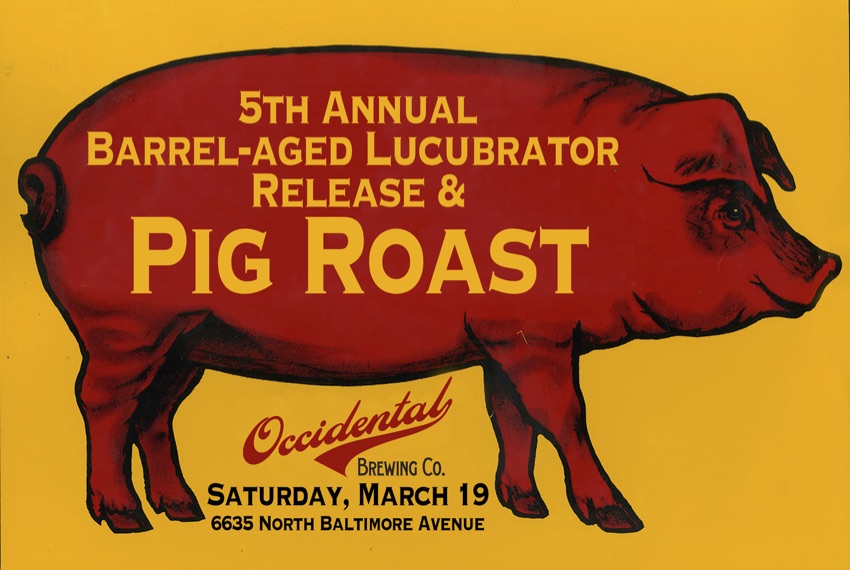 B2tW Barley Wine Release Party & Spring Equinox Celebration
5:30-8:30 p.m. Saturday March 19, Fearless Brewing, downtown Estacada;
In 14 years Fearless owner/brewer/patriot Ken Johnson made his Barley Wine only once, for the pub’s 10th anniversary, and this reprise is the first brewed on his new brewing system, so he’s chuffed to share it with Fearless fans. At nearly 12 percent, it lives up to its name: Balls 2 the Wall, and the party will also feature will have live music by local favorites, the Mossy Rock Ramblers.

Title Wave’s 28th Anniversary Sale
9 a.m.-4 p.m. Saturday Mar. 19 Title Wave Used Book Store, 216 N.E. Knott St.;
No, there won’t be any beer, though you certainly might find beer and brewing books among the thousands of books for sale, all of which have beer removed from the Multnomah County Library’s collection. I include this because reading a good book at a cozy pub is one of my favorite things, and because this is Portland, I suspect I’m not alone. The selection is big and the prices amazing: current hardbound fiction is generally $1.50, trade paperbacks are 75 cents and Saturday’s sale lops 55 percent off those prices…such a deal.