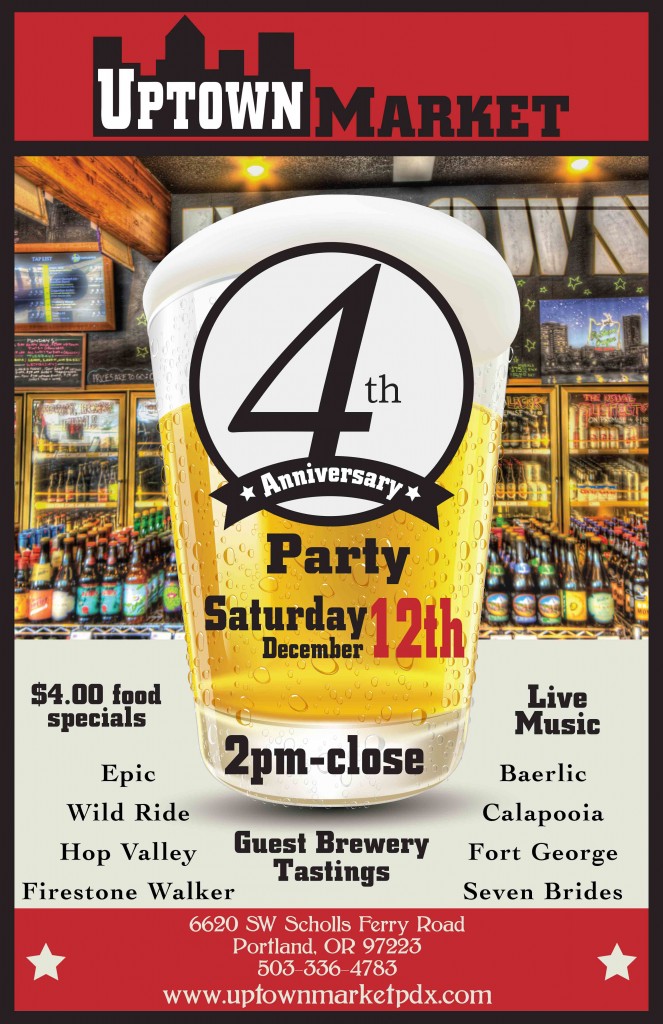 Nestled in the west hills of Portland on the border of Beaverton is the home of Uptown Market original location. This bottleshop and beer bar has been serving its community for the past few years and is now set to celebrate its 4th Anniversary on Saturday, December 12, beginning at 2:00pm.

For the 4th Anniversary Party, Uptown Market will be debuting its latest creation from its onside brewery, Beeracle off 92nd Street. This is a spiced winter brew that will get one ready for the Holiday Season that we are now in the midst of.

Uptown Market also has some breweries lined up to provide beer sampling throughout its 4th Anniversary. Here’s a list of the breweries that will be pouring.

There will also be $4.00 specials from the Food Cart parked out front and live music throughout the day.