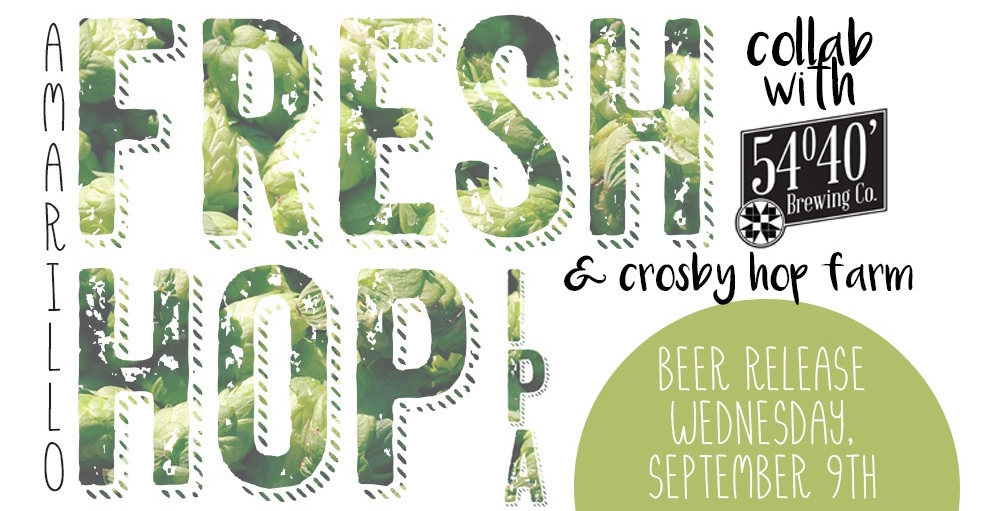 ‘Tis the season for hops as the regions hop harvest continues while more and more fresh hop beers get released. Vertigo Brewing in Hillsboro will be releasing its fresh hop beer that was a three way collaboration that was brewed with 54°40′ Brewing and Beau Evers from Crosby Hop Farm. The release will coincide with the Hillsboro Hops Northwest League South Division Playoff Series Game 3 (if necessary) on Wednesday, September 9. Amarillo Fresh Hop IPA will be tapped at 4:00pm when Vertigo’s Taproom opens.

This collaborative Amarillo Fresh Hop IPA was brewed for Evers entry into the Willamette Week’s Beer Pro/Am that will take place in Portland on October 3. Brew day came early when the brewers gathered at Vertigo Brewing for a double brew session that began bright and early at 4:00am. This IPA used freshly picked Amarillo hops from Crosby Hop Farms that Evers personally delivered directly from the farm.

The Amarillo Fresh Hop IPA Release is not the only reason to visit Vertigo prior to the Hillsboro Hops game as the brewery will also be hosting Brian Yaeger for an Oregon Breweries book signing event from 5:30 to 7:05pm.

Yaeger will conduct his first book signing in Hillsboro for his latest book Oregon Breweries. Books will be available for sale or if you already have a copy feel free to bring it in for both the author and the brewers to sign. Afterwards head out with enough time to root on the Hops at the playoff game that will have its first pitch at 7:05pm.