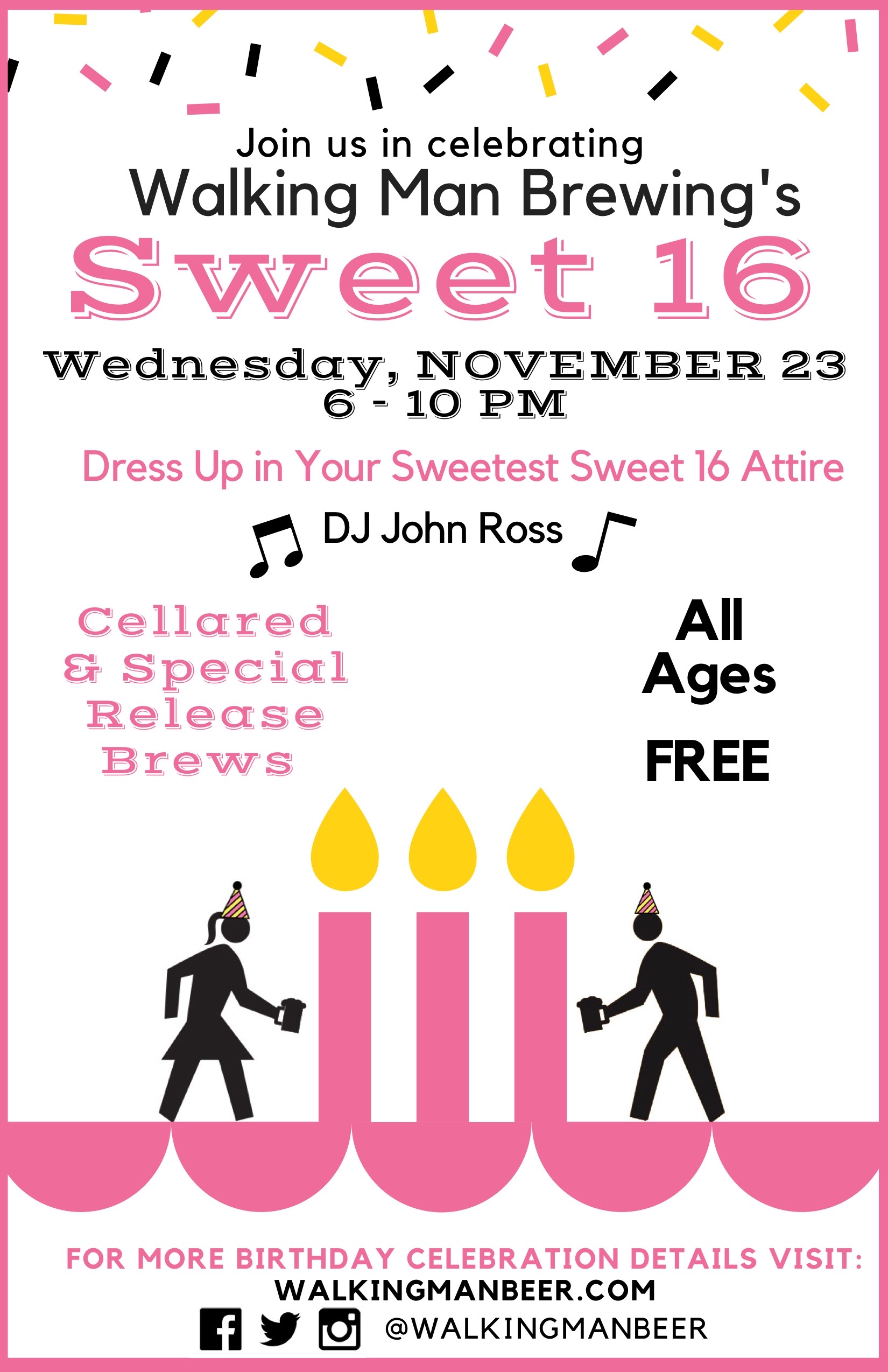 Stevenson, WA—(November 9, 2016)—Walking Man Brewing is celebrating their 16th anniversary by hosting a Sweet 16 party on November 23rd from 6-10pm.  The celebration will take place at the brewpub and extend into The Grain Room private event space above the brewpub in Stevenson.

For 16 years Walking Man Brewing has strived to maintain the integrity of a small community craft brewery. Holding strong to the timeless tradition of brewing hand crafted, dynamic beer, Walking Man remains one of the only breweries in the Northwest to use traditional open-top fermentation.  Every batch has been lovingly stirred by hand since the first brew in 2000.

Fans are invited to kick off the holiday season at Walking Man’s Sweet 16 party the Wednesday before Thanksgiving. The event is free for all ages.  DJ John Ross will provide the motivation needed to hit the dance floor. Guests can also capture a memory at the photo booth with an instant photo souvenir.

“We thought we would have some fun with the Sweet 16 theme and encourage guests to express a bit of whimsy with their attire by wearing whatever the phrase ‘Sweet 16 Party’ inspires.  Just be sure to bring your dancing shoes,” said Co-Owner Tabatha Wiggins.

The brewpub kitchen will be serving a special limited menu of pub favorites. It wouldn’t be a birthday party without the cake! Complimentary cupcakes baked with Walking Man beer will be available while supplies last.

The brewery and brewpub is located at 240 SW 1st Street in Stevenson, Washington. To learn more visit www.walkingmanbeer.com or call (509) 427-5520.