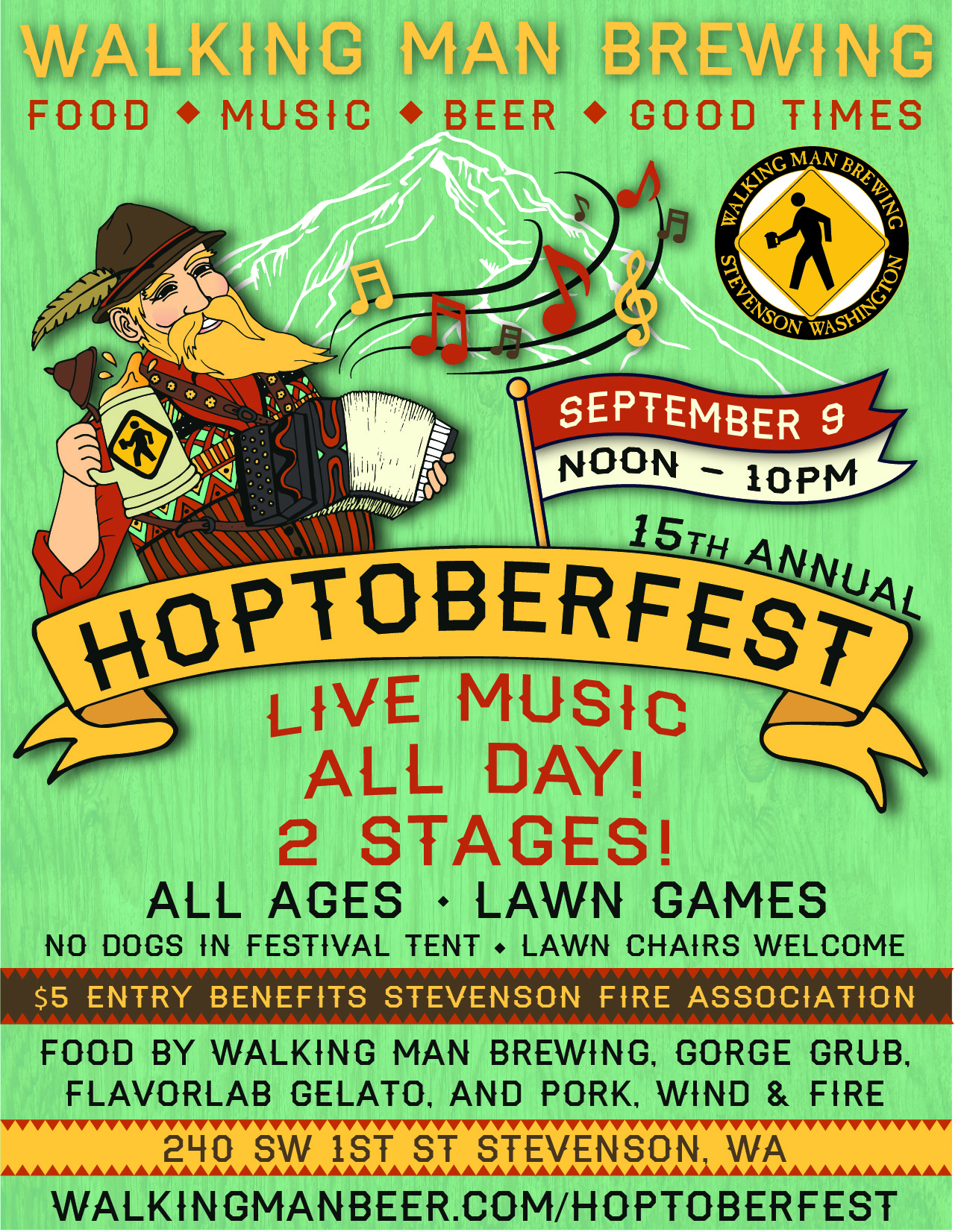 With all of the fire damage happening in the Columbia River Gorge from the Eagle Creek fire, Walking Man Brewing still says that it will host its 15th annual Hoptoberfest on Saturday, September 9th.

We reached out to Walking Man’s Tabatha Wiggins and she says that they have had the obvious rough past few days but no one has been injured and there has been no loss of homes or businesses in Stevenson, Washington.

Stevenson had the first Red Cross station and has been assisting and feeding evacuees and volunteers since Saturday night. As this year’s event has been planned to be a benefit for the Stevenson Fire Association that manages our volunteers I have been in regular contact with them and we’re planning to meet this evening to assess if going ahead makes sense. Their feelings yesterday were of hope that by Saturday it may be just the relief everyone needs. My hope is that we can raise a ton of money for them and show them our gratitude for their selfless efforts. – Tabatha Wiggins of Walking Man Brewing

So do what you can to make your way to Stevenson on Saturday for its annual Hoptoberfest as its takes place from Noon until 10:00pm. A suggested donation of $5.00 will go to benefit the Stevenson Fire Association.

Beyond the Walking Man beers there will be wine from AniChe Cellars and cider from Jester & Judge. Food vendors include Gorge Grub, Pork Wind & Fire and FlavorLab Gelato will also be inside the festival tent. Additional food from the Walking Man kitchen will be available in the brewpub.

Live music will kick off at noon and entertian all day on two stages with the precussive African beats of Boka Marimba finishing out the night from 7:30-10 p.m. Lawn games will provide fun for the whole family. Dogs are welcomed at the brewpub, although not permitted to enter the festival tent.

“Hoptoberfest began as a community event with a philanthropic purpose. This year’s festival is dedicated to the courage and honor of all fire fighters and volunteers that work tirelessly to save and protect our lands. We are grateful to the Stevenson Fire Association for saving our building in 2013 and to say thank you are dedicating proceeds from Hoptobefest 2017 to them,” said Bob Craig, founder and co-owner of Walking Man Brewing, in a statement. And with the recent events this means so much more.