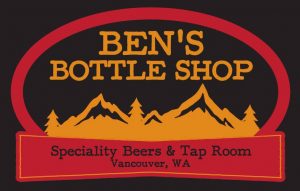 On Saturday, February 4th, Ben’s Bottle Shop will host the Vancouver edition of the Hop Mob Triple IPA Roadshow from Noon to 1:00am. On tap will be about a dozen of Washington brewed Triple IPAs. There will be a sampler tray available.

Ben’s Bottle Shop is located at 8052 E Mill Plain Boulevard on the eastside of Vancouver, Washington. 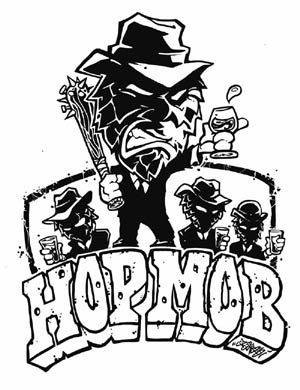 Here are the remaining dates on Washington Hop Mob Events that will run from today through Saturday, February 11th throughout Western Washington.

WEDNESDAY, FEBRUARY 8TH
THE BERGSCHRUND
4:00 PM
4818 17th Ave NW
Seattle, WA 98107
Join us at the Bergschrund as Seattle takes on the Greater Puget Sound in a triple IPA fest featuring huge and hoppy IPAs. We will be featuring 10 triple IPAs for your enjoyment. Enjoy food specials throughout the event! Grab a 4, 6 or 8 sampler flight and receive a punch card. Simply enjoy and then vote for your favorite. Single samplers and 11oz pours will also be available. At the end of the night we will tally up the votes and crown a victor. We will also be awarding an overall winner.
Seattle: NW Peaks Brewery, Populux Brewing, Standard Brewing, Naked City Brewery, Pike Brewing.
Greater Puget Sound: Bale Breaker Brewing, Postdoc Brewing, Aslan Brewing, Sound Brewery, Three Magnets Brewing.