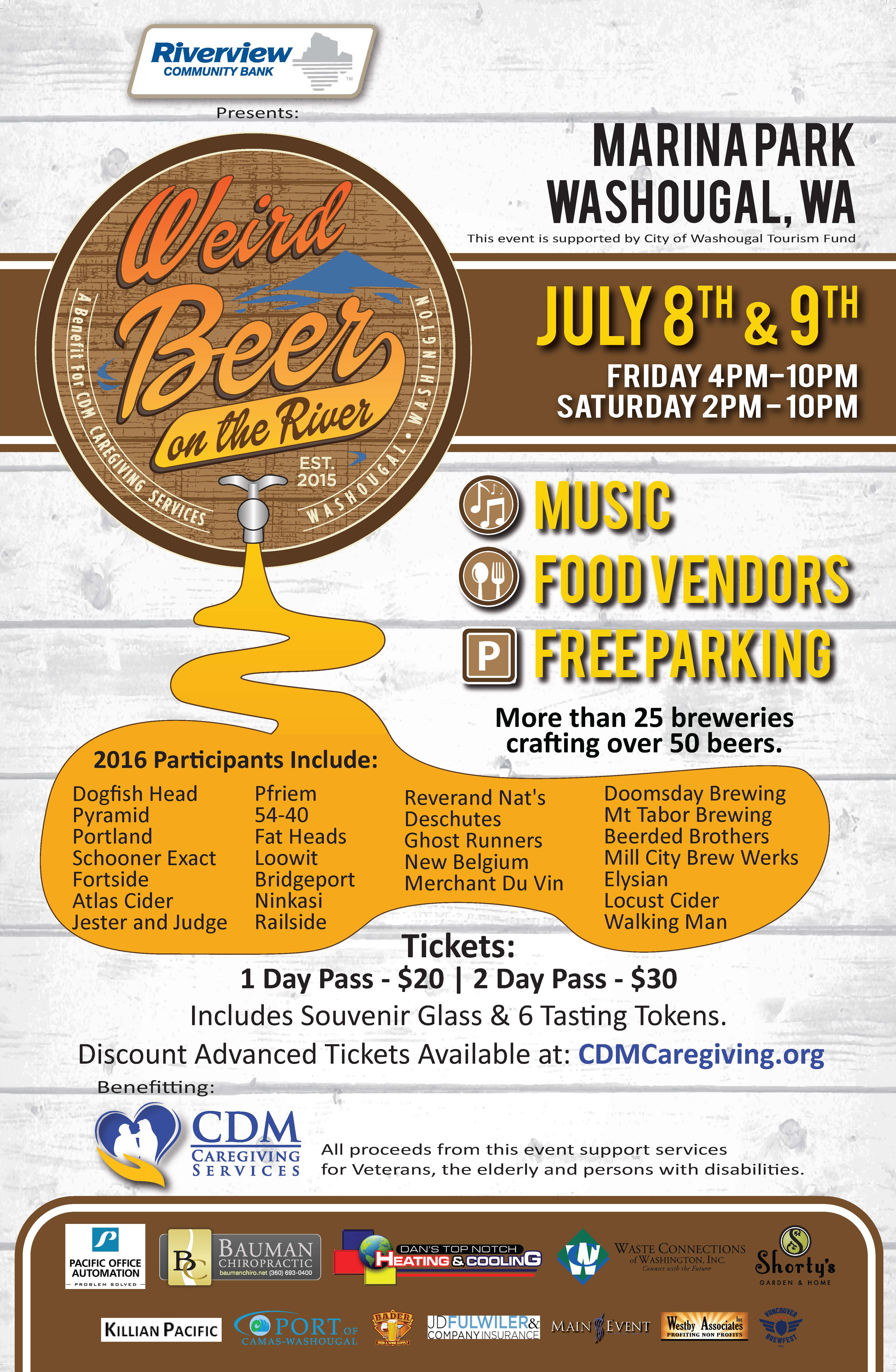 With a backdrop of the Columbia River, the Weird Beer on the River Festival makes its yearly return to Marina Park in Washougal, Washington this weekend. This two-day festival will take place on Friday, July 8 from 4:00 to 10:00pm and Saturday, July 9 from 2:00 to 10:00pm.

Held as a benefit for CDM Caregiving Services, Weird Beer on the River will bring together over 25 craft breweries and cideries to the banks of the Columbia River. Each brewery and cidery will be pouring two selections for the festival.

Discounted tickets are on sale now and are available by clicking here. Here’s a breakdown.