As we close out 2015 and welcome in 2016 tonight, there are many great craft beer events to help in the celebration. We may be a bit partial to the event we are hosting at Bailey’s Taproom but whatever you choose to do make sure to make it a safe night.

With the addition of Lyft and Uber, along with the fleet of various Portland taxis there are numerous options to travel safely. And best of all TriMet is free on New Year’s Eve after 8:00pm. Busses will run on normal weekday schedules and all MAX lines will have an extended late night service until about 3:00am. 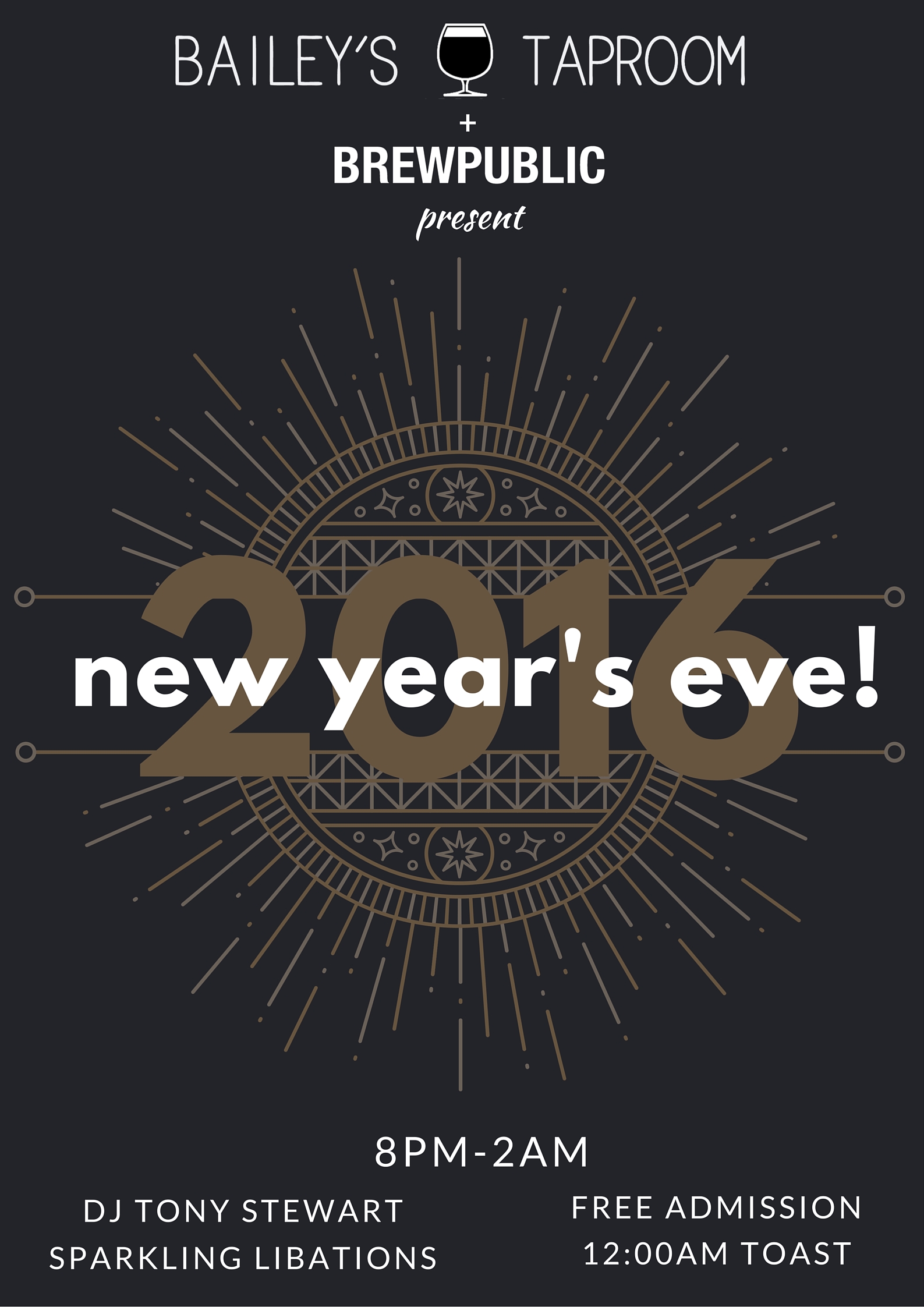 We will ring in the New Year with some sparkling offerings from a few of our favorite breweries. All 25 taps will be pouring and the featured New Year’s Eve beers curated from Bailey’s Taproom’s Bill Murnighan will be the following.

Bailey’s Taproom’s New Year’s Eve Celebration will kick off at 8:00pm and will run until 2:00am. Bailey’s will also bring in DJ Tony Stewart to provide the beats on the turntables. And make sure to stay for the countdown sparkling wine toast at Midnight.

Roscoe’s 9th Anniversary
When in the Montavilla neighborhood we make sure to always pay a visit to Roscoe’s for the bar’s top notch rotating beer list and its amazing Cajun inspired food. Today, New Year’s Eve marks the bar’s 9th year in business and to honor this amazing milestone Roscoe’s will be hosting a celebration with an intriguing taplist.

Roscoe’s 9th Anniversary will begin at 2:00pm and will feature great beers all weekend long. Some of the breweries and beers on tap will include:

New Year’s Eve with Migration
Migration Brewing celebrates 2015 and welcomes 2016 with a New Years Eve party with extended hours and lots of specialty drinks to help ring in the New Year. They’ll be pouring craft cocktails, whiskey neat or on the rocks, a variety of specialty beers, and a free champagne toast at midnight. The event kicks off at 9:00pm and lasts until 2:00am.

The next day Loyal Legion will be opening at noon for a hungover New Year’s Day brunch. Get a little hair of the dog with our house bloody mary’s, red beers, and mimosas. They will be playing college football and serving up sausages all day long! 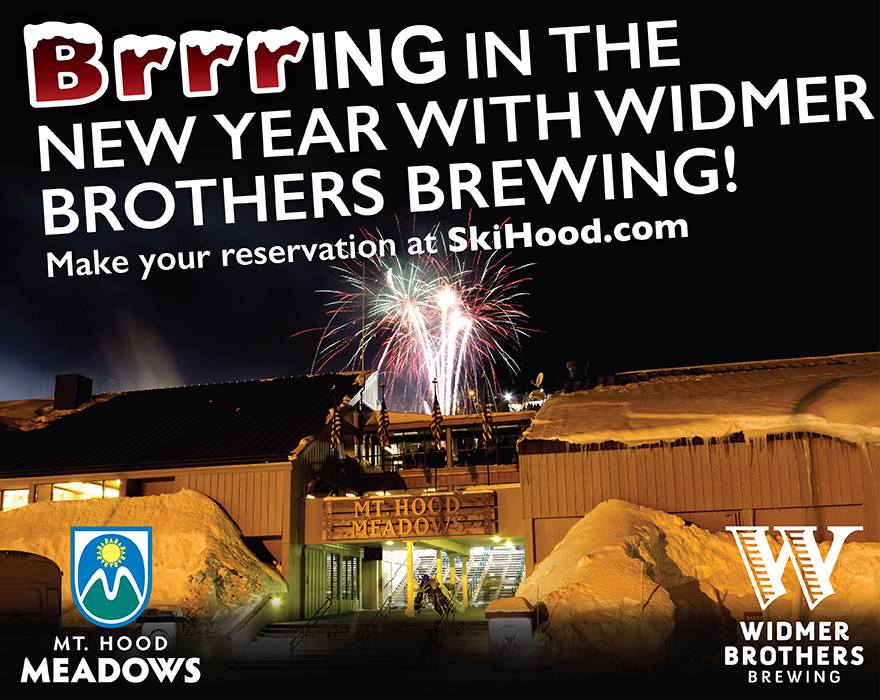 Brrring in The New Year with Widmer
Widmer Brothers Brewing presents NYE Brrring in the New Year, a festive evening on the slopes. A dinner buffet will be served as well as live music from 9 PM to midnight (the party is 21 and over; advance purchase recommended). Fireworks begin at 10:15 p.m. and there’s a midnight balloon drop and toast to 2016. Purchase advance tix here.