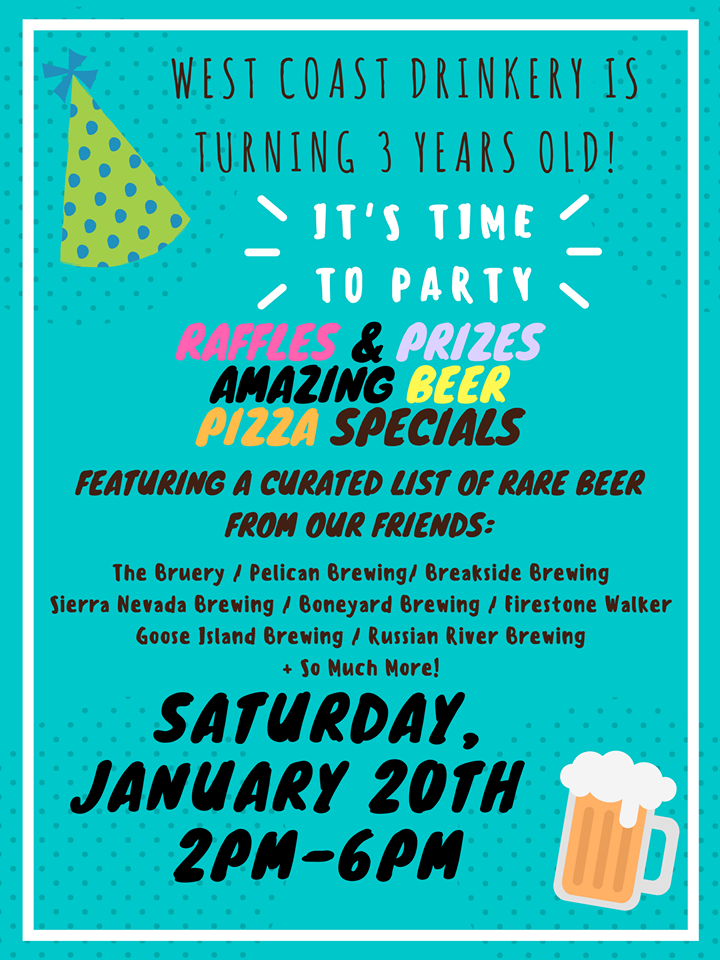 Located in the Raleigh Hills neighborhood of Portland is West Coast Drinkery. This 40 tap beer bar will be celebrating its 3rd Anniversary on Saturday, January 20th from 2:00-6:00pm.

West Coast Drinkery has been open for 1,095 days, 26,280 hours, or 1,576,800 minutes serving a rotating list of craft beer, ciders and wine. It also serves up some tasty homemade pizzas cooked in its wood stove oven. 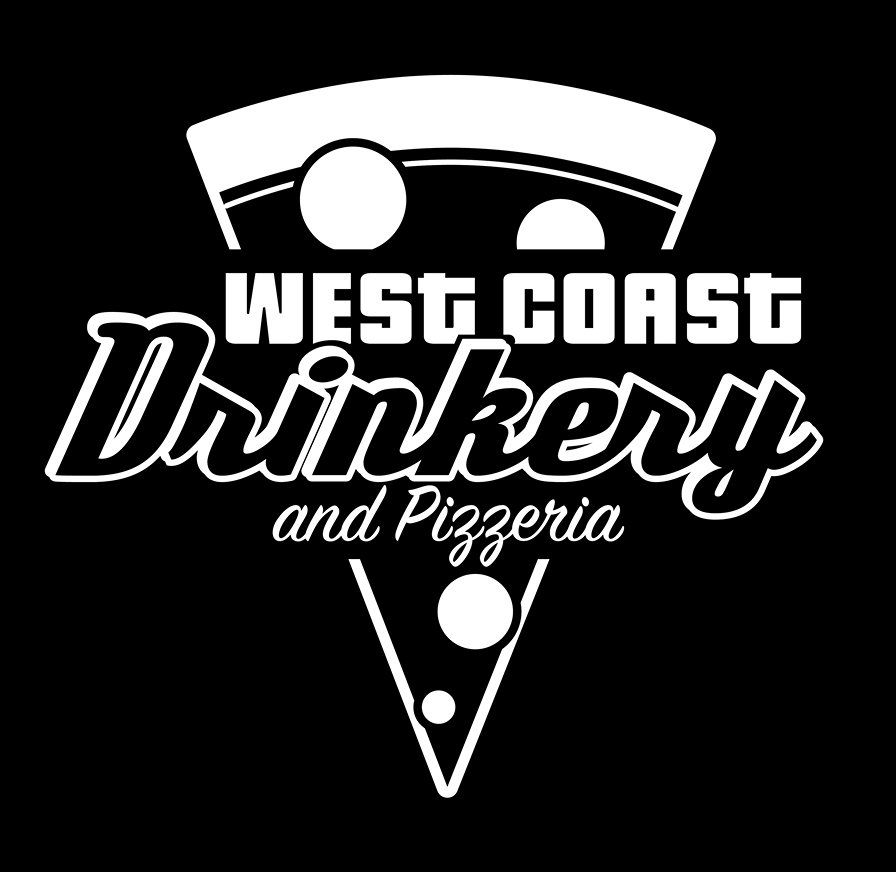 Beyond the rare beers that will be pouring, West Coast Drinkery will also be raffling off some great prizes to its patrons that swing by on Saturday.