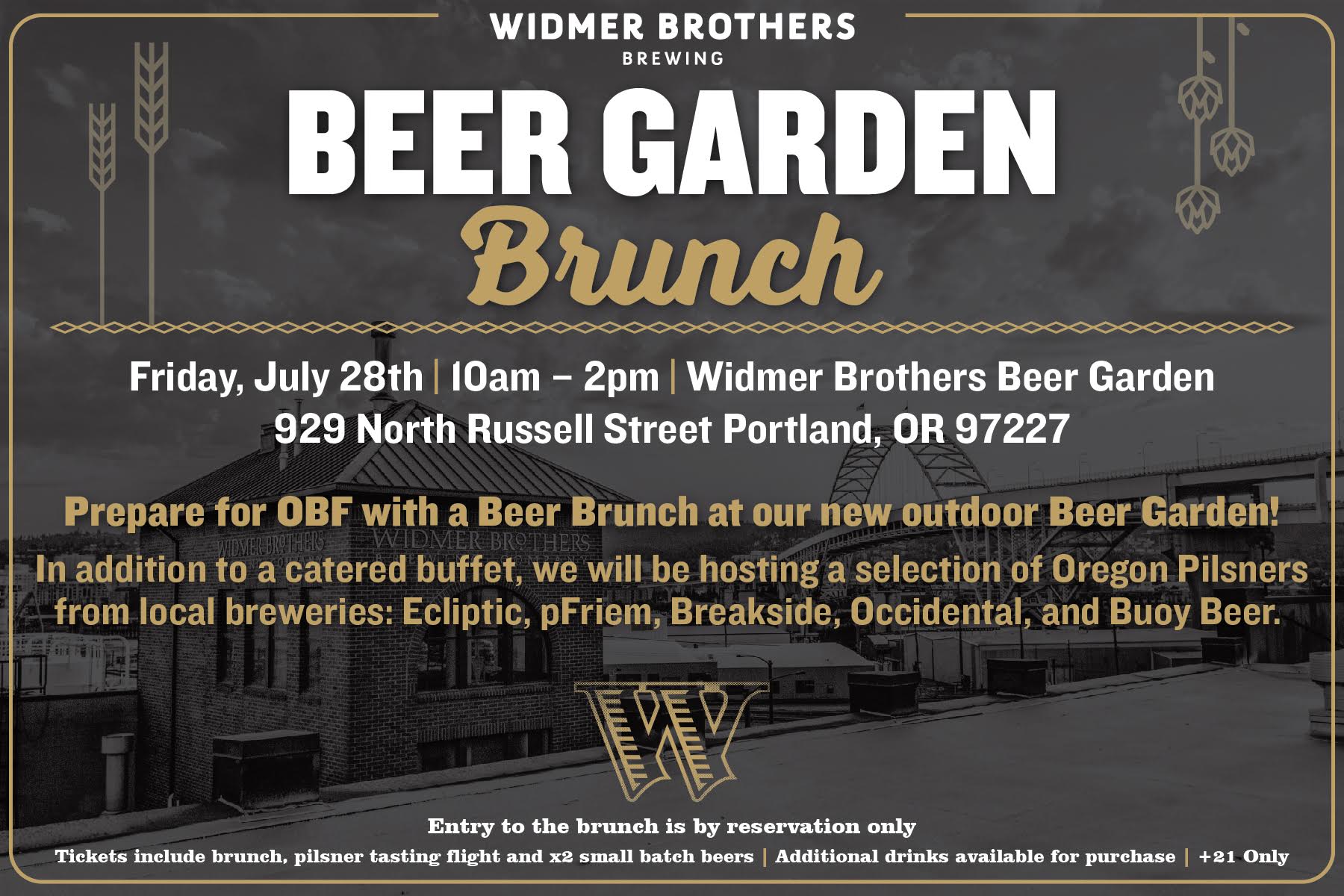 PORTLAND, Ore. – June 29, 2017 – As summer kicks into to high gear, Widmer Brothers Brewing is opening an outdoor beer garden across the street from its pub, next to its brewery in North Portland. Opening July 1, the Widmer Brothers Beer Garden will feature small batch beers from the brewery’s innovation brewing team, live music, food carts, lawn games and one of the best beer drinking views of downtown Portland.

“Believe it or not, the original brewery plans called for a beer garden in this location when it was built in the ‘90s. We’re excited to bring those plans to life with an emphasis on some of our latest small batch beers,” said Widmer Brothers Pub General Manager Shane Johnson. “With games, eclectic food carts and live music, we think this will be a great addition to our brewery and pub.”

Widmer Brothers’ Beer Garden, sitting in the lot across from the pub on Russell St., will feature four rotating small batch taps and Hefe cans. The beer garden is kid- and pet-friendly, and is open Thursday-Sunday from 12pm-10pm. A rotation of local food carts will give the garden a unique Widmer Brothers experience. Garden-goers will also be entertained by live music on special occasions.

The July 1 kickoff of the Beer Garden coincides with the start of Oregon Beer Month, which culminates in the 30th Oregon Brewers Festival on the waterfront July 26-30. Widmer Brothers will celebrate in the tradition they helped create 30 years ago with Thrillhaus, a bold Munich-style Helles Pilsner. This thirst-quenching beer is perfect for summer, at just 4.5% ABV and 22 IBUs.  Also, for the first time, Widmer Brothers will also host a Beer Garden Brunch on the morning of Friday, July 28, featuring six Oregon Pilsners.

The brunch includes food, tasters of six Oregon pilsners (Widmer Brothers PDX Pils, Occidental Pilsner, Breakside Pilsner, pFriem Pilsner, Buoy Beer Pilsner, Ecliptic Spica Pilsner), plus two Widmer Brothers small batch beers at the new outdoor beer garden. To showcase Oregon brewers and a great summer beer, Widmer Brothers will have each of the brunch pilsners available in bottles throughout Oregon Beer Month and prost in grand style during OBF week with the a specialty brunch on Friday, July 28, from 10am to 1pm.

“Oregon beer is the best and Oregon beer drinkers are the best. We love celebrating the great beers made throughout Oregon,” said Rob Widmer of the brunch. “To be able to highlight Widmer Brothers PDX Pilsner, which came out of our Innovation Brewery, alongside some of Oregon’s best pilsners during OBF is a real treat,” he added.