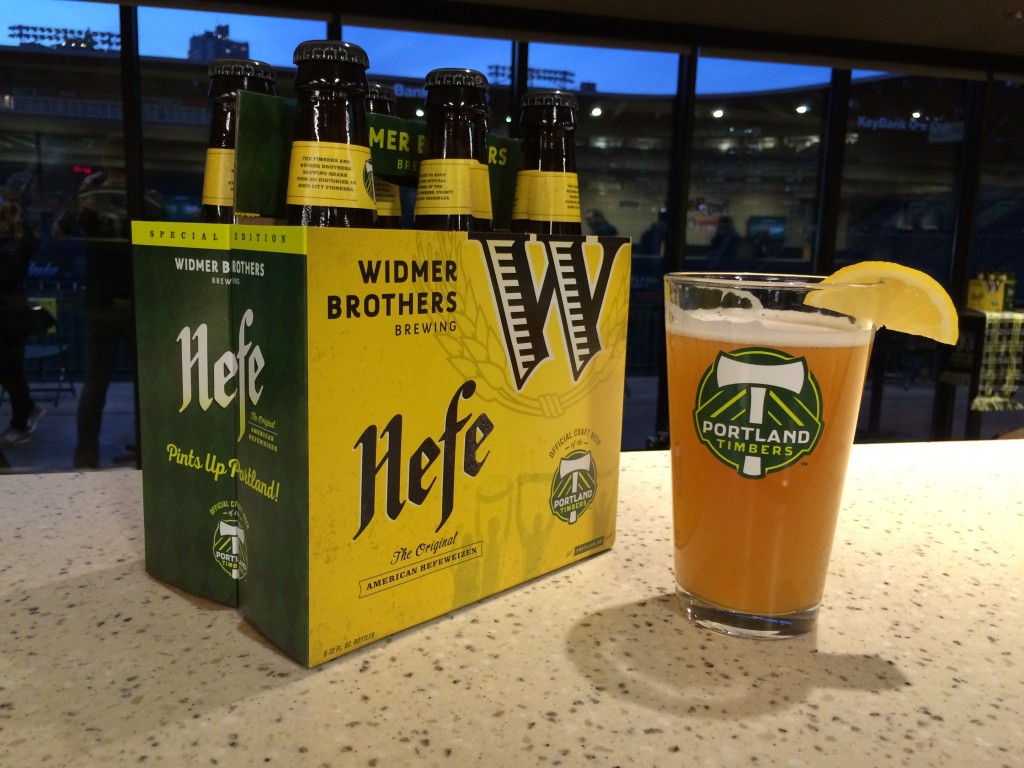 This past evening PortlandTimbers President of Business Operations Mike Golub officially announced this exciting partnership with Widmer Brothers Brewing at an event at the Key Bank Club. Now entering its 5th season in MLS, which is also the Timbers 40th season, the Timbers continue with its longest standing partner of Widmer for the past 15 consecutive years.

The announced four-year renewal of their partnership is in addition to co-branded Hefe packaging. And soon to appear in the Widmer Brothers Southern Front at Providence Park will be a new prominent Hefe in-stadium signage and field-level LED board displays. Most notably, the southwest corner of the stadium will feature a 16-foot tall Hefe glass. Unfortunately there will be no slide like the one at Miller Park for the Milwaukee Brewers.

“My brother Kurt and I, as well as many of our brewers and other members of our team, are longtime fans of the Portland Timbers,” said Rob Widmer, co-founder of Widmer Brothers Brewing. “We are excited to continue our partnership and bring together two Portland originals for beer drinkers and soccer fans in Oregon with the Timbers and Hefe co-branded package. The Timbers are a great Portland institution, and we’re happy to continue our support and association with the team.”

The co-branded Hefe and Portland Timbers packaging will be featured on 6-packs and 12-packs in Oregon from now through the close of the 2015 MLS Season. Unfortunately this new agreement means an end to the previous runs of Green & Gold Kölsch, a Kölsch style beer that was brewed based on a recipe from well known Timbers Army member and Cider Riot! owner Abe Goldman-Armstrong. We hope that our suggestion of it being brewed on the Widmer pilot system for drinking at the Widmer Pub is taken up on.

If you haven’t had a Widmer Brothers Hefeweizen in some time it’s a beer worth revisiting. Besides the awards (World Beer Cup gold award winner in 2004, 2008 and 2014. Great American Beer Festival gold medal winner in 1998 and 2006, and silver medal winner in 2014) the beer has won; it continues to be one of the most accessible beers in all of craft brewing. 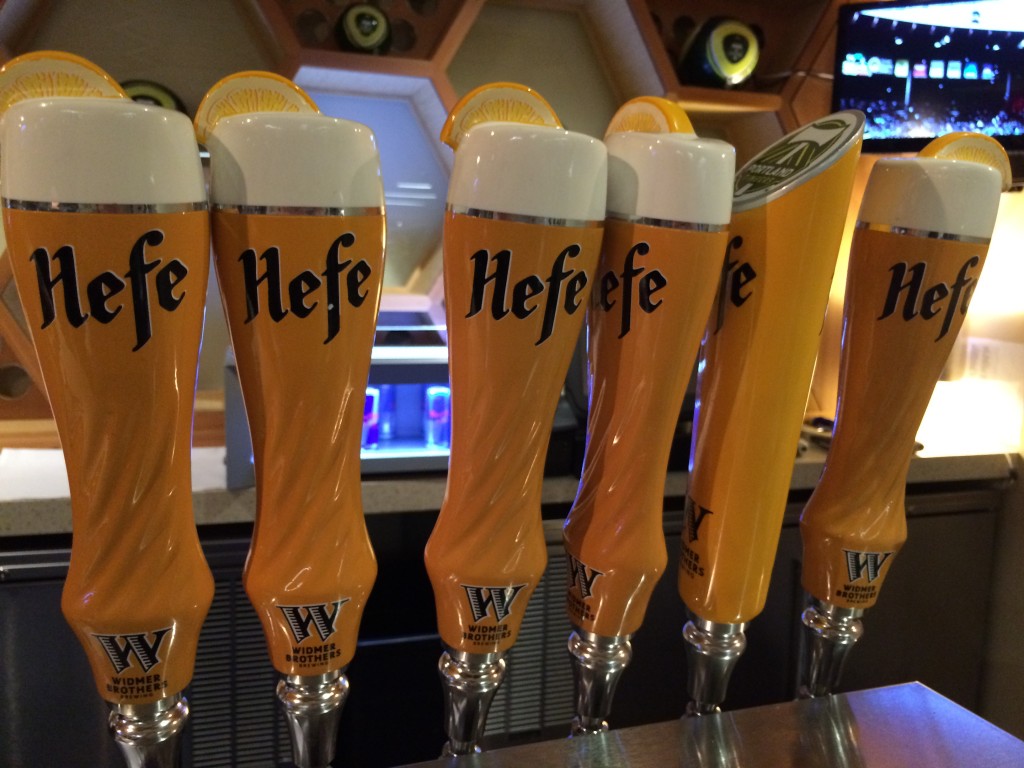 Do yourself a favor and reach for a Widmer Hefe when cheering on our Portland Timbers. This German inspired beer is one that is quite complex for its lower 4.9% ABV. Just make sure that when you Root you Root for the Timbers!