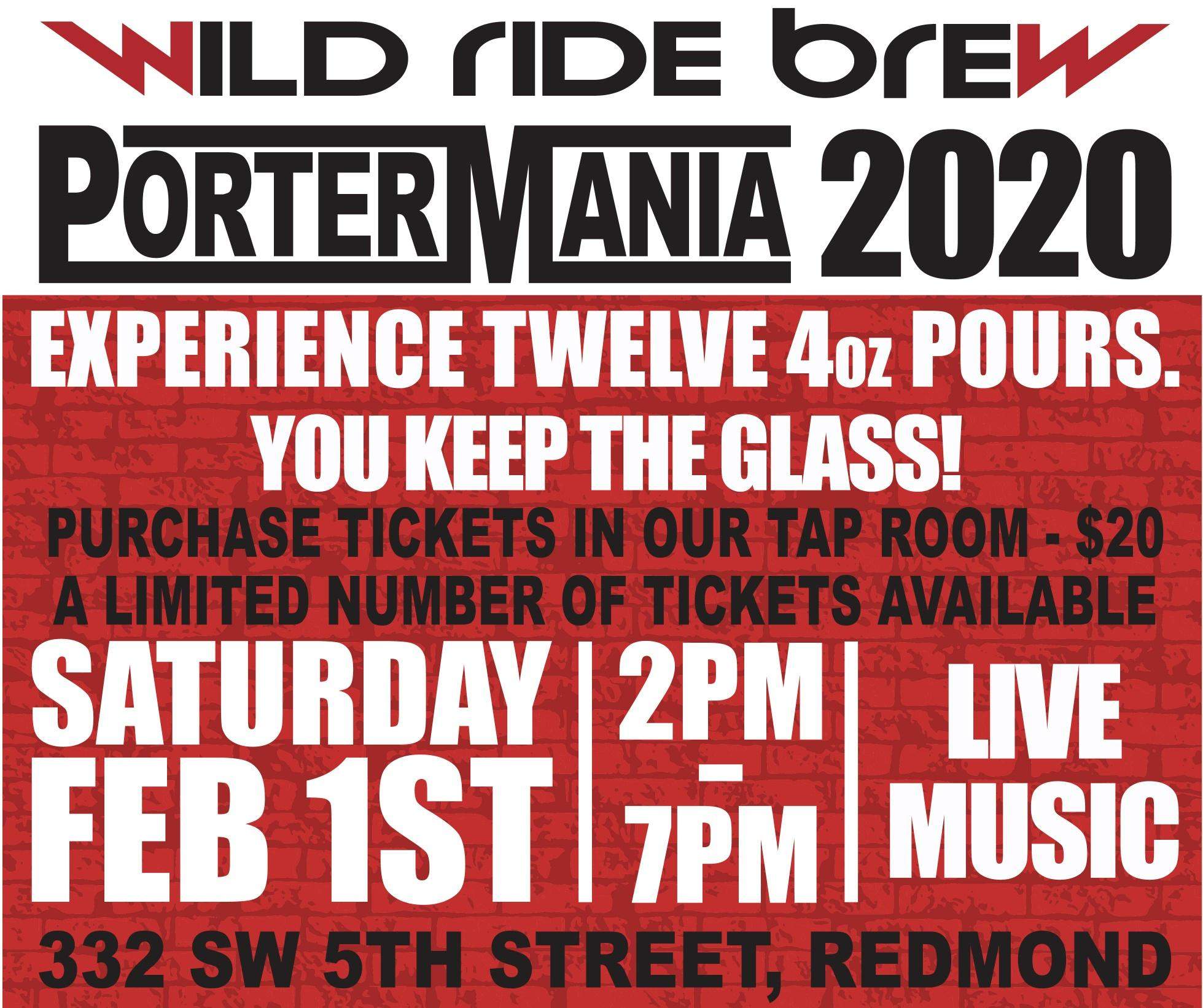 A beer style that is not all that common these days will be the featured beer on February 1st in Redmond, Oregon when Wild Ride Brewing hosts its 2020 PorterMania. Yes, a festival dedicated to Porters, 17 of them, will take place on Saturday from 2:00-7:00pm.

Entry into PorterMania is $20.00 and includes a festival glass and 12 beer tokens good for 4oz pours.

Toast and Jam, a local rootsy band, will be playing live music at the festival from 3:00-6:00pm.