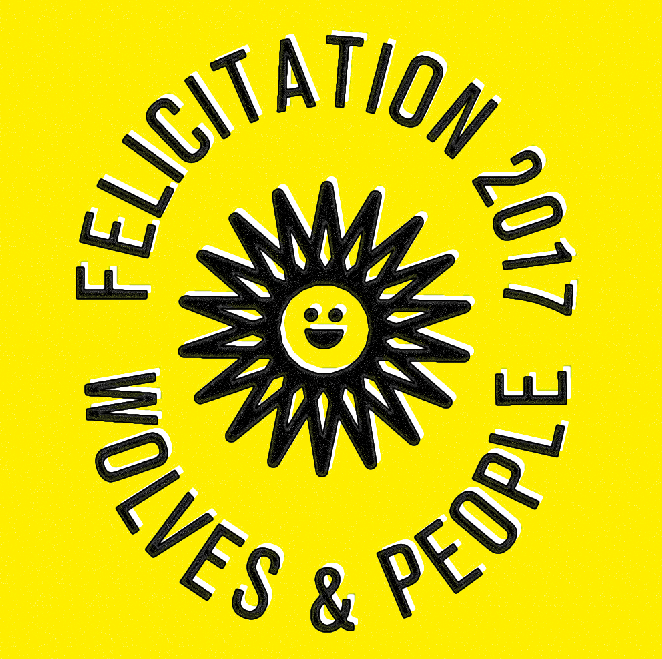 One year ago on May 14th Wolves & People Farmhouse Brewery opened its doors to its anticipated tasting room in its 105 year-old barn. Now one year later on June 3-4, Wolves & People will host its one-year anniversary with FELICITATION 2017.

To celebrate this milestone Wolves & People will release its first publicly available barrel-aged bottled beer. Felicitation honors the brewery’s first birthday as a brewery and the debut of a 100% oak-fermented, barrel-aged, Brett-kissed saison that was aged for one year in the brewery’s first acquired cask. Along with the beer release Wolves & People will tap a few additional new beers, rare guest beers and feature local chef Allen Routt crafting BBQ pairings.

Tickets are now on-sale for the ticket holder only event on Saturday, June 3rd from Noon to 8:00pm. There are two ticket options of a Tasting Ticket for $20.00 or a Toasting Ticket for $40.00. Saturday’s event is only open to those that are 21 years of age or older. Tickets can be purchased here.

The Tasting Ticket allows entry for one guest on June 3rd plus a gold-rimmed, commemorative, stemmed glass designed by the brewery’s in-house artist Jason Sturgill. This ticket also includes three 4oz. beer tastes of any draft beer and access to several new bottle releases including the following. Instinctive Travels – Bottling 2, dry-hopped Brett saison – Vic Secret edition ($14/750ml, limit 4 per person); Tractor Pull old ale (new! 500ml; $9, no limit), plus limited library beers including Instinctive Travels (Bottling 1, one per person, $25); Sebastian Rhubarb (Bottling 1, one per person, $25), plus a long list of great guest beers on draft and other surprises while they last. 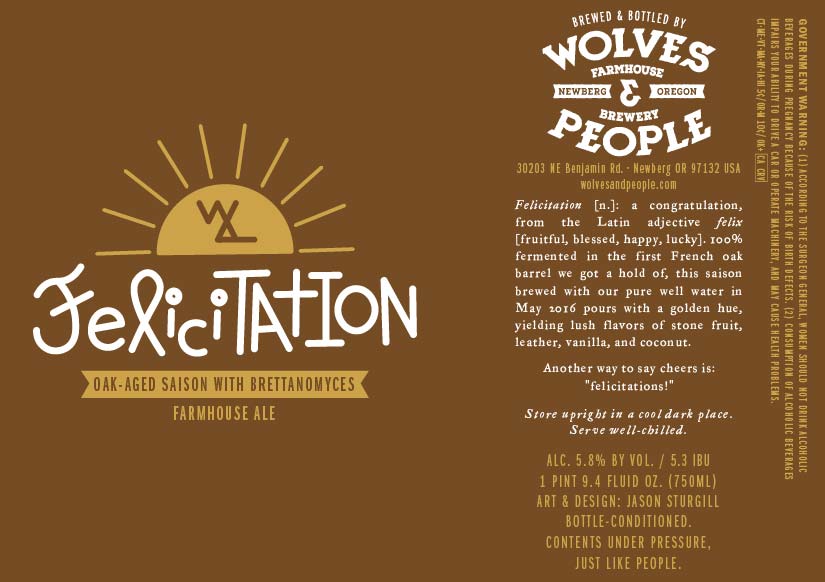 Then the Toasting Ticket (limit of 2 per purchaser) includes all of the above mentioned options plus a 750 mL bottle of Felicitation. Each Toasting Ticket holder must be present to pick up one bottle per person of Felicitation. The bottles will be available for pickup at anytime during the event (but may not be consumed on site). Attempts to purchase more than 2 bottle option tickets per person will simply be refunded to the upper limit ($80).

Then on the following day, Sunday, June 4th, the farm is open to all ages without any admission charges from Noon until 8:00pm. However there is a chance that bottles of Felicitation, its glassware and other special anniversary beers may possibly be sold out on the previous day.

We are so grateful to the local Oregon beer community and our hometown of Newberg, and we are really looking forward to a great couple of days on the farm for all! – Wolves & People Farmhouse Brewery