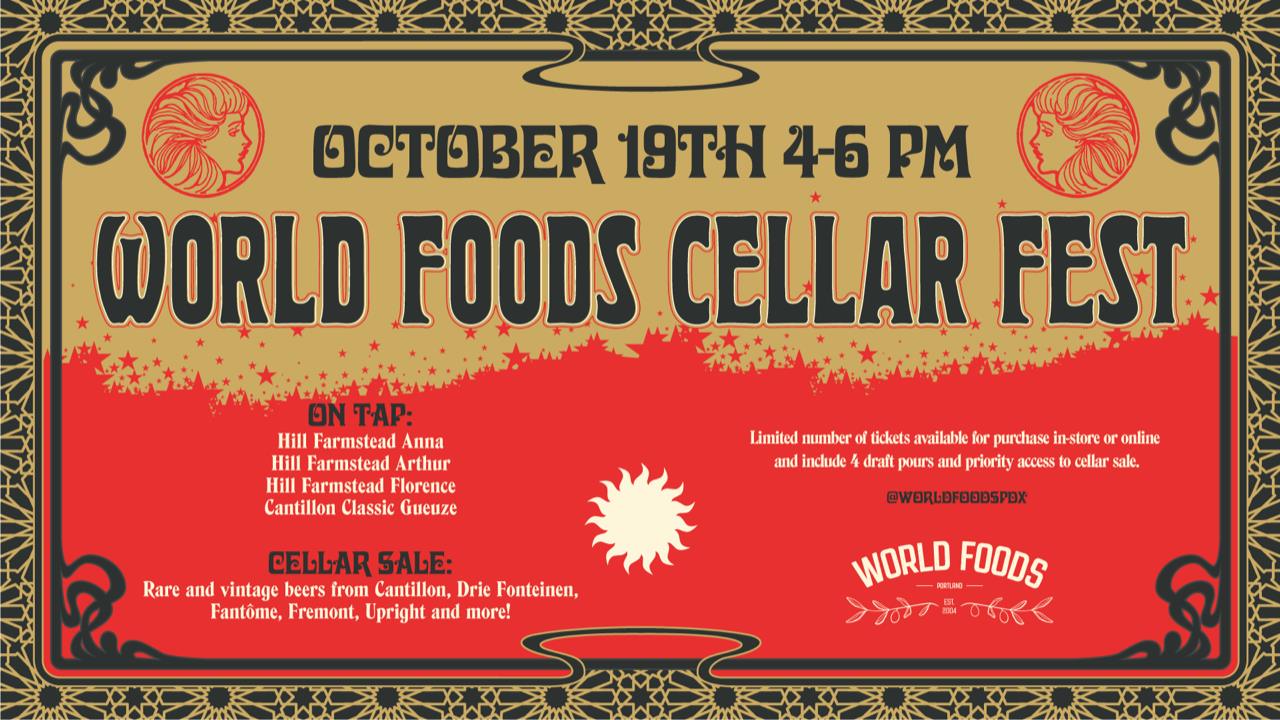 This weekend World Foods – Portland will tap some of the top-rated beers in the world at its World Foods Cellar Fest. Taking place on Saturday, October 19 from 4:00-6:00pm, World Foods will tap four beers, one from Cantillon and three from Hill Farmstead.

Advance tickets are available for $17.00 ($18.84 after fees) and can be purchased HERE. Purchase of ticket includes four tap pours as well as priority access to the Cellar Fest bottles to-go. Tickets are also available in store. Limited draft pours available to those who don’t purchase tickets

Here’s a preview of which beers will be served on tap.

Cellar Fest Tap List:
Cantillon Classic Gueuze – The quintessential Belgian beer – a perfect blend of one, two, and three year-old lambics. Tart and slightly acidic, Cantillon Gueuze is the real champagne of beers. It is fermented only with wild airborne yeasts from the Senne Valley in Brussels and is aged in centuries-old oak casks. It also certified organic in Belgium. A true world classic that will thrill the true beer connoisseur.