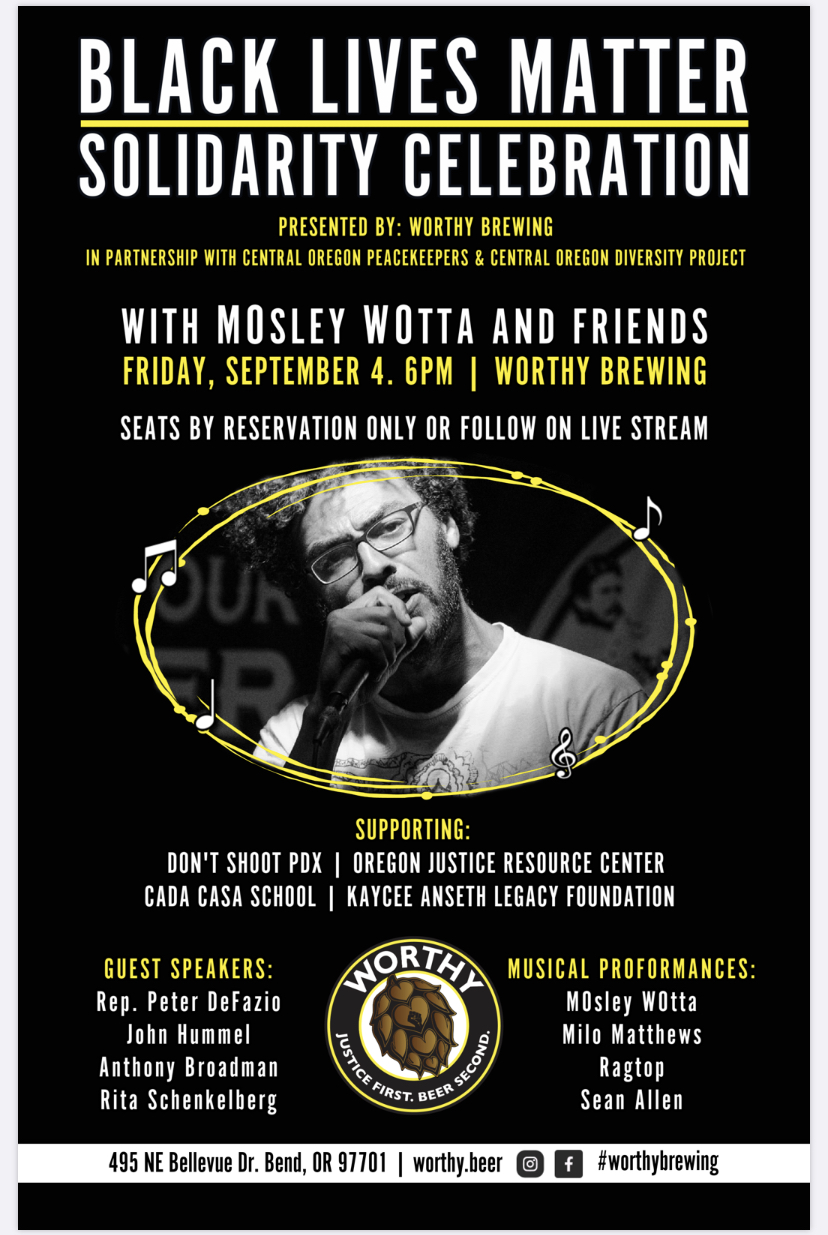 August 17, 2020 (Bend, Ore.) – On September 4, Worthy Brewing will be celebrating its solidarity with all of the patriots who have peacefully protested against police brutality in a night of music and advocacy on its famed “Drink up Dream on” stage, featuring philosopher-poet MOsley WOtta and Rep. Peter Defazio.

“Here at Worthy we support the right if not the duty of Americans to exercise their First Amendment rights to peaceably protest the intolerable persecution of African-Americans by rogue officers who we pay to protect and serve,” said Roger Worthington, owner of Worthy Brewing. “We salute our brothers and sisters in Portland and here at home for taking a stand against police brutality, as well as the unjustifiable deployment of militarized federal troops.”

“I’ve personally witnessed the courage and resiliency of those wishing to speak against things that harm society,” said Tai Carpenter, President of Don’t Shoot Portland. “We appreciate Worthy Brewing’s priceless investment in supporting citizens who were kidnapped, peppered, bludgeoned and shot for speaking up.”

“We are grateful for Worthy’s support of our legal advocacy,” said Amie Wexler, Oregon Justice Resource Center, a non-profit that is providing legal support to injured protesters in Portland. “We are ensuring that the civil rights of both the accused and the incarcerated are protected, as well as the First Amendment rights of those protesting against the rise of police brutality against Black lives.”

The inimitable MOsley WOtta will be joined by local artists Milo Matthews, Ragtop and Sean Allen. The music begins at 6 pm. Admission as always is free, but guests will be required to wear masks and safely distance from one another in compliance with state law and common sense. Tables must be reserved in advance. 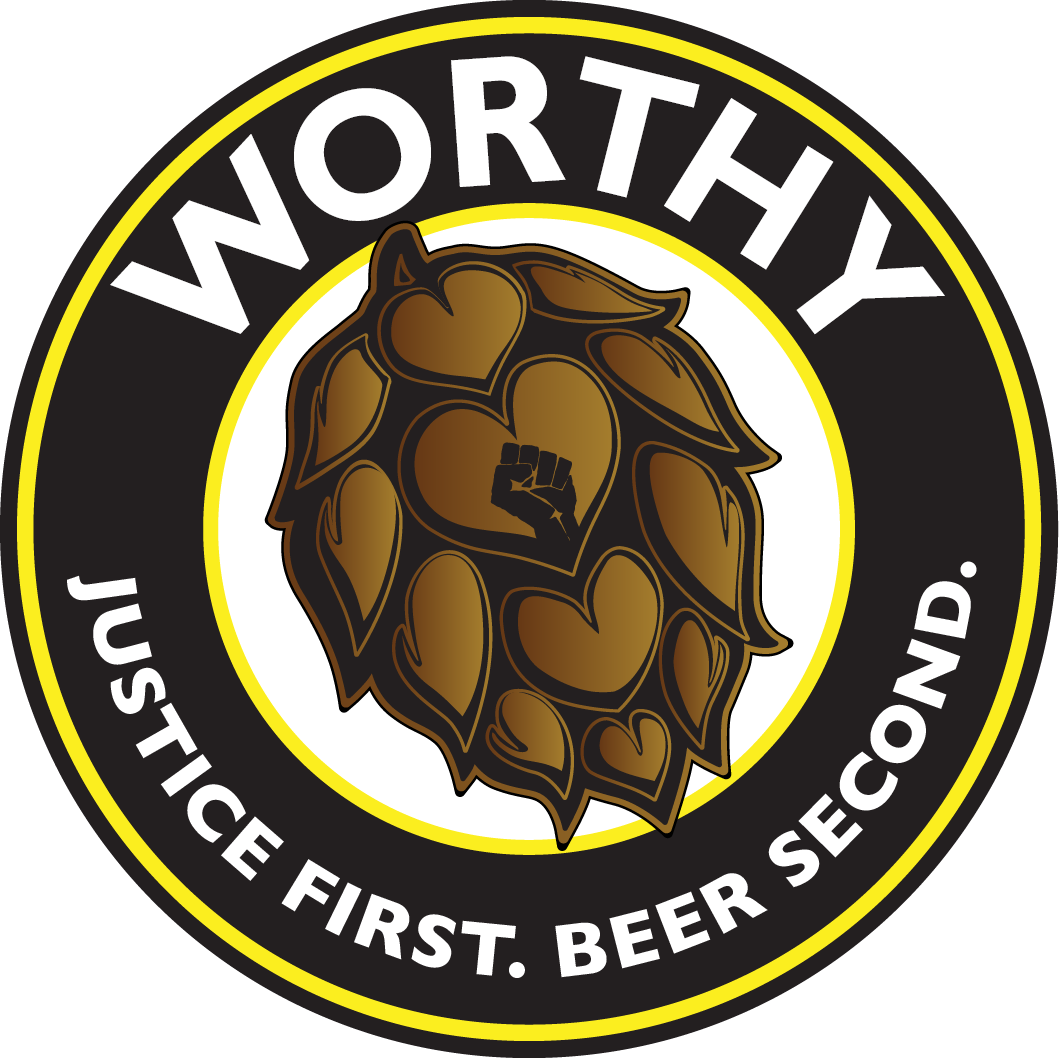 Rep. Peter Defazio will speak about the importance of the Black Lives Matter movement and he will be joined by Deschutes County’s District Attorney, John Hummel, as well as Bend City Council candidates Anthony Broadman and Rita Schenkelberg. Speeches will be short and sweet.

“But for the patriots in Boston Harbor, we would still be bowing to a king,” said District Attorney Hummel, who will also speak to the dangers of excessive force. “I stand with those who take to the streets to speak truth to power.  The right of people to peaceably assembly is fundamental to what it means to be an American and something I will always defend.”

In addition to a full line up of tasty ales and lagers, Worthy has brewed a special beer for the event: Solidarity Stout. For the first 50 customers Worthy will also be offering hand crafted “Justice First. Beer Second” pins.

Worthy Brewing of Bend, Oregon has been brewing world-class fresh, local and tasty ales and lagers since 2013. We are pleased to add Sol Power Pilsner to our line of flagships, anchored by Strata IPA. Sol Power Pilsner recently medaled at the Oregon Beer Awards. Worthy also features several seasonal and small batch beers, such as Tenmile Lager. Worthy offers two restaurants in Bend: Taps & Tacos downtown and the Pub on the East Side. For more about Worthy’s brewery, restaurant and Taps and Tacos pub, click here.