Here’s a weeks worth of Portland craft beer events from January 15 – 20. 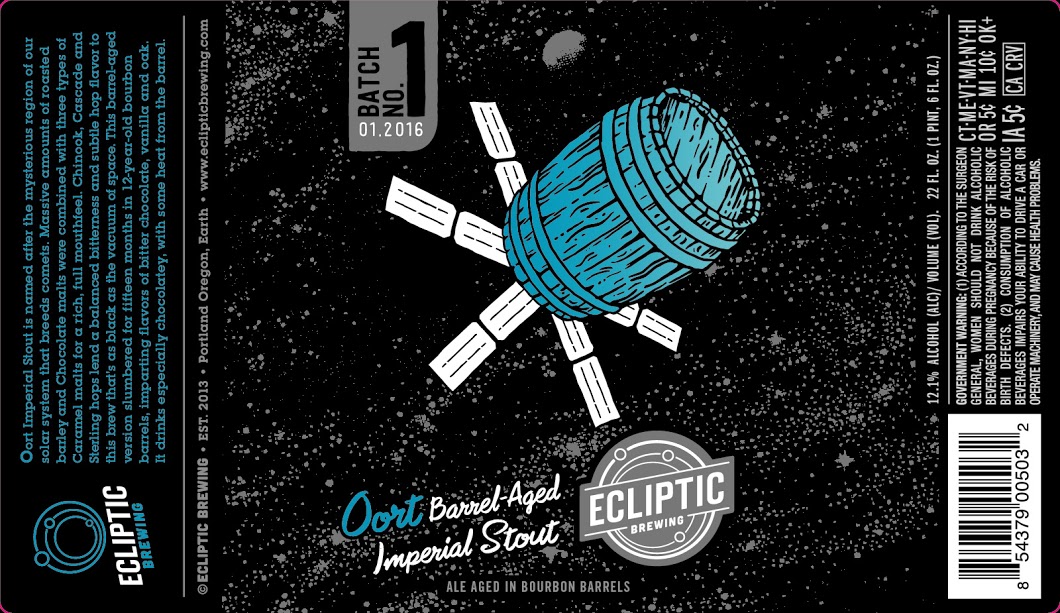 Third Annual High Gravity Extravaganza Brewfest
1-10 p.m. Saturday Jan.16, McMenamins Old St. Francis School, 700 Bond St., Bend; free admission, 10 taster punch cards available for $15 or $1.50/taste (4 oz.); All ages welcome; 21 and over to drink.
The season is definitely right for festive fire pits and big beers and that’s exactly what you’ll find if you venture to Bend Saturday for this annual celebration of high gravity brews with the informal motto of go big or go home. This year you can sample more than 20 high gravity beers (and fresh seasonal ciders) from McMenamins and Central Oregon’s top breweries with outdoor fire pits and rich comfort food to keep you warm and happy. Live music from Sophistafunk and Dirty Revival too, and brewers will be on hand to answer questions about their brews and discuss technique.

Good Problems Collabo Release
Noon Saturday, January 16 The Commons Brewery, 630 S.E. Belmont St.;
Here are Josh’s words: Good Problems is the first collaboration for Modern Times Beer and one of the first beers brewed at The Commons new brewery in Portland. Made during the April 2015 Craft Brewers Conference this rustic saison was fermented with a mixed culture featuring Brettanomyces from both breweries and aged on Nebbiolo wine grapes from Mosier, Oregon. The result is a bottle conditioned beer-wine hybrid that is dry with complex fruit flavors and aromas from both the grapes and Brettanomyces.

Good Problems is an example of the camaraderie of the craft brewing industry, where questions and answers are shared freely amongst brewers. During the brewday both Modern Times and The Commons shared their successes and struggles, often falling back on the “good problems” of their trade. The collective goal was to make a beer representative of both brewery’s missions to create interesting, but drinkable beers and the idea of a good problem accurately reflected the place and time for both businesses.

Modern Times Founder Jacob McKean and Head Brewer Matt Walsh will be in the house from 1-3 p.m. and Good Problems will be available in 750ml capped bottles for $15 per bottle with no bottle limit. Draft will be available at the Tasting Room only. 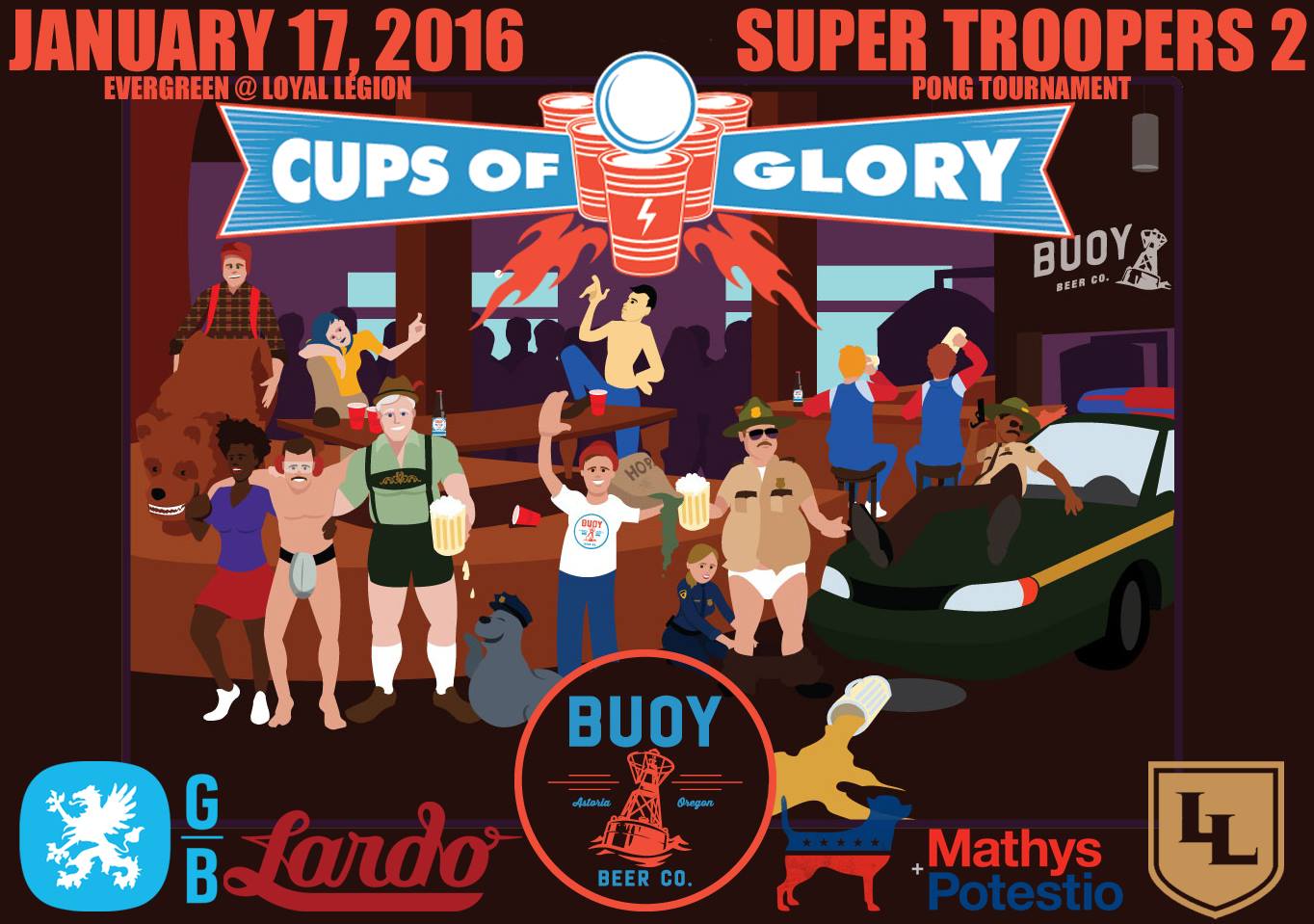 Cups of Glory
1 p.m. Sunday Jan. 17, The Evergreen above Loyal Legion Beer Hall, 710 S.E. Sixth Ave.;
Buoy Beer is sponsoring a bracket style Beer Pong tournament that includes an an opportunity to win entry into a Super Trooper 2 pong tournament in Chicago in February, and proceeds will be donated to the Oregon State Trooper General Fund. The non-Pongs among us are invited to hang out anyway because there will be costume contests, best team name contests, Wheel of Fortune swag DJ music, a syrup-chugging competition and best of all, special Buoy Beers unavailable outside the Astoria pub.

Schooner Exact Tap Takeover
5 p.m. Wednesday Jan. 20, The BeerMongers, 1125 S.E. Division St.;
No word on the taplist yet, but it’ll be a good one…plus, Fremont Brewing is at Mongers the night before…

Fourth Annual IPA Month
Through Jan 31, Hawthorne Hophouse, 4141 S.E. Hawthorne Blvd. & 15th Ave. Hophouse, 1517 Northeast Brazee St.; $12 per entry.
During the month of January, Hophouse patrons will taste and vote to determine Oregon’s Top IPA, choosing from among a dozen of Oregon’s most popular IPAs on tap, Hophouse staff and patrons chose their favorite IPAs and balanced the list with some old stalwarts like Workhorse and some new beers such as Drinking Horse to winnow the list of 40 Oregon IPAs down to a deserving dozen, including: