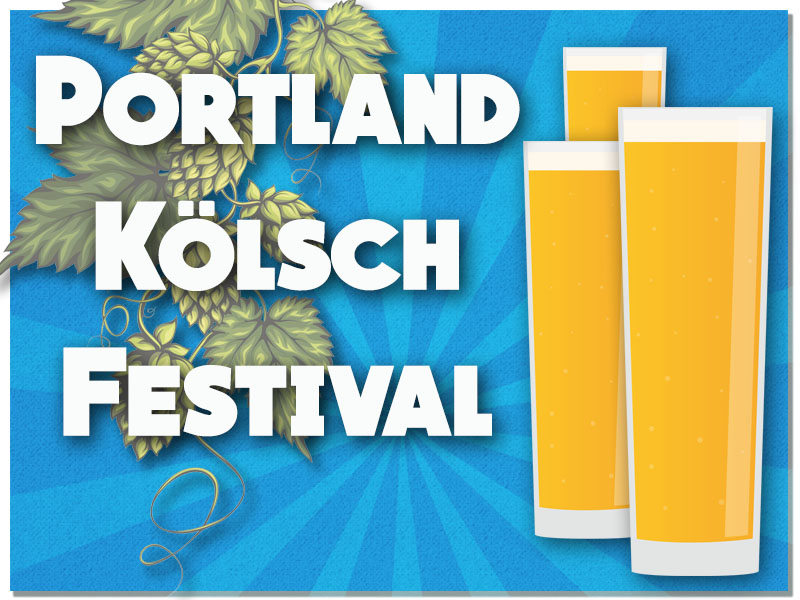 The inaugural Portland Kölsch Festival will take place on Saturday, October 14th at Zoiglhaus Brewing in Portland’s Lents neighborhood. The festival itself will take place from Noon-7:00pm in the parking lot of Zoiglhaus that sits just north of the brewery.

For its first Portland Kölsch Festival, Zoiglhaus Brewing has assembled 18 breweries to bring its interpretation of the classic beer style from Cologne, Germany. Advance entry is $18.00 ($20.11 after fees in advance) and includes a special limited-edition Kölsch stange glass and 12 drink tickets. Advance tickets can be purchased HERE. And use promo code “allthebeer” to save a few bucks! Entry at the door on Saturday is $23.00.

Outside of the beer pouring in the festival’s Pop-Up Beer Garden next to Zoiglhaus Brewing there will be food, games, music, and a brewer dunk tank. With forecasted high temperature in the upper 50’s lets see which brewers brave the weather.

There will also be a raffle to benefit the Oregon Brewshed Alliance, featuring prizes such as growlers, gift cards, and swag from some of the participating breweries.