This week Elysian Brewing will get into the holiday spirit when it hosts two fundraisers, one for the Doernbecher Children’s Hospital on Tuesday and the other for Special Olympics – Multnomah County on Friday.

During these two events Elysian Brewing will also release its annual winter seasonal, Bifrost Winter Ale. This hearty winter ale is named for the bridge from Nordic Mythology that connects the mortal world to the heavens. Brewed with pale malt and small amounts of Munich and Crystal malts. It is then bittered with Magnum and finished with Chinook and Styrian Goldings. This bold pale ale has notes of citrus, an earthy hop character, and is balanced by a smooth malt backbone. 8.3% ABV, 60 IBUs.

Here’s a rundown on the two charitable events at The Feathered Nesst and The Ratskeller that will be an evening of cheerful beers and giving! 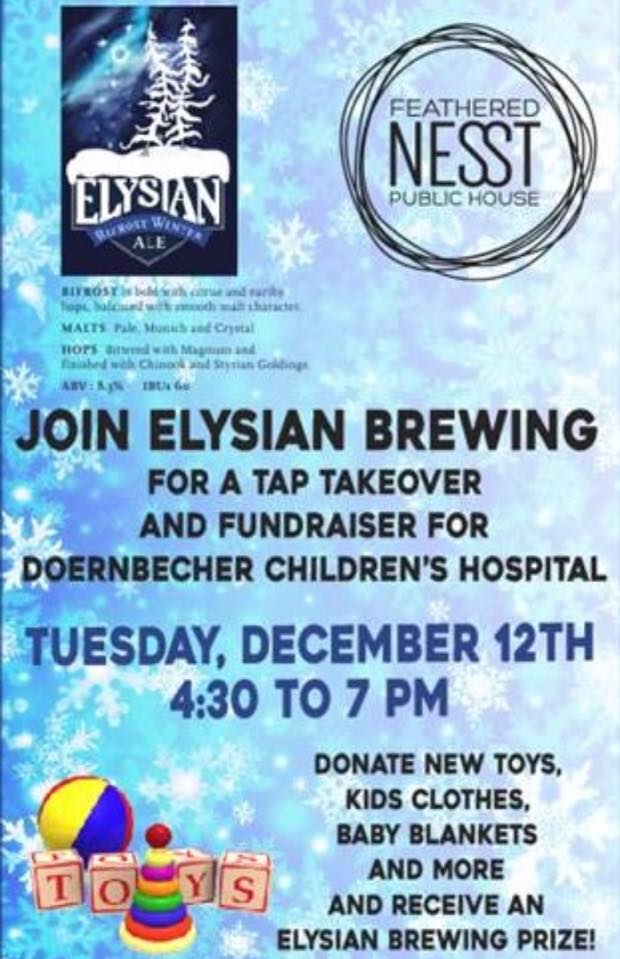 Donate new unwrapped toys, blankets, and clothes to OHSU’s Doernbecher Children’s Hospital to help put a smile on a face of a child in need this holiday season. Bring a donation and receive a prize from Elysian Brewing. Doernbecher’s most up to date Wish List can be found here.

Elysian Brewing will be releasing its Winter Seasonal, Bifrost Winter Ale along with another special brew on tap.

The Feathered Nesst – 3460 SW US Veterans Hospital Rd. – Portland, OR 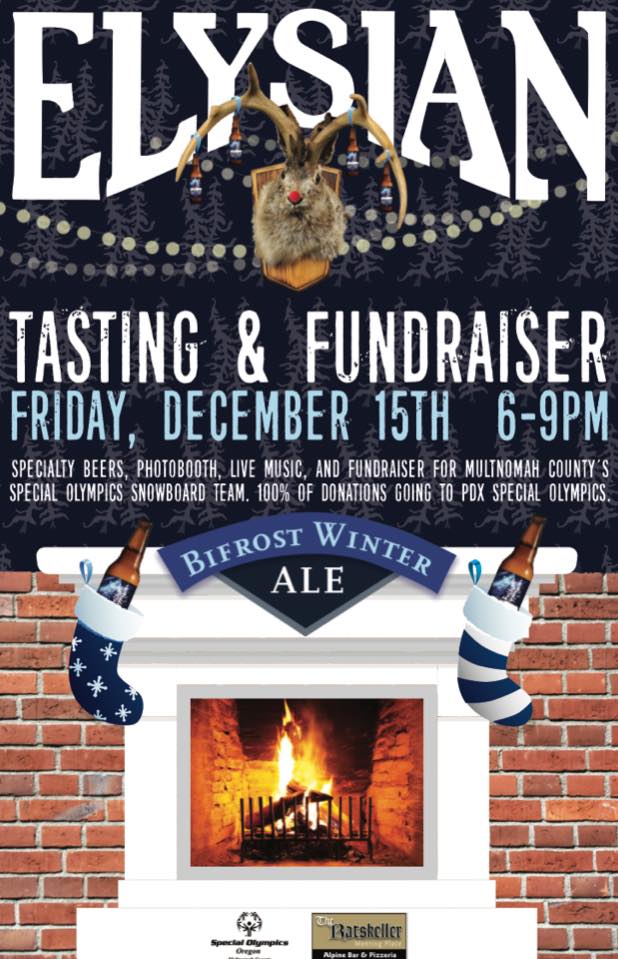 Elysian will be collecting donations, raffles, swag throughout the night with 100% of proceeds going toward Special Olympics Oregon- Multnomah County and the Winter Sports and activities they provide.