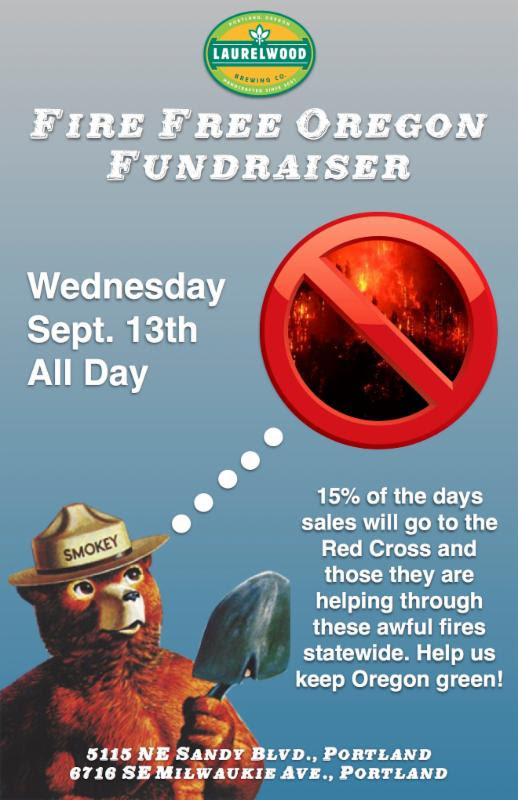 Currently at only 11% contained the Eagle Creek Fire in the Columbia River Gorge has burned over 35,000 acres. The after effects of this massive fire continue to rage on and another local brewery is stepping up to help raise funds for the relief efforts.

Lowercase Fresh Hop Pale
We had so much fun brewing up this beer with our friends from Lowercase Brewing out of Seattle! We started by grabbing some malt out of the kiln at Skagit Valley. Then 12 hours later mashing it in to lock in the freshness. Goschie Farms supplied us with the brand new hop variety called Strata. These were added them straight to the bright tank. This beer is well balanced and the perfect showcase for some fresh local ingredients.
6.3% 31 IBU

Fresh Hop Free Range Red
Our traditonal NW red ale with fresh Cascade hops from Goschie Farms in Silverton, OR makes this a yearly must have.
5.9%  50 IBU