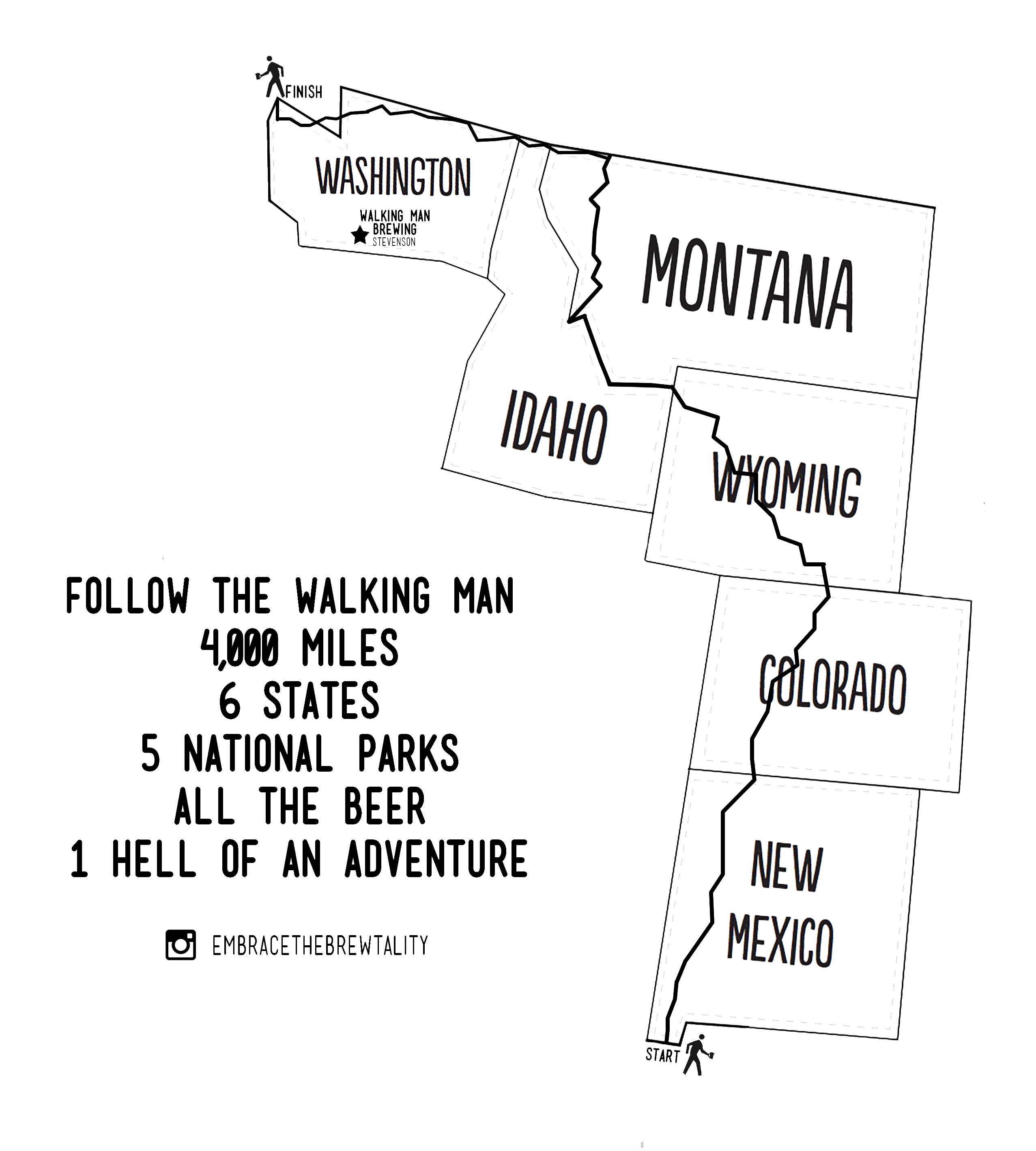 Seattle, WA (3/3/16) – Local resident and longtime beer industry professional Ryan Rosen announces that he will sequentially thru-hike the Continental Divide Trail (CDT) and Pacific Northwest Trail (PNT). The estimated mileage of this thru hike is 4,000 miles during six months of backpacking. By completing the CDT, Ryan will earn the coveted Triple Crown of long distance hiking, a feat accomplished by less than 300 people. By hiking the two trails sequentially, he aims to become the first person to connect the three respective termini of these two trails in one season. He will traverse from Mexico to Canada entirely on foot along the route of the CDT through New Mexico, Colorado, Wyoming, Idaho and Montana. From the northern terminus of the CDT in Glacier National Park he will cross Montana, Idaho and Washington on the PNT to Cape Alava on Washington’s Olympic Coast. Ryan sets foot from Antelope Wells, New Mexico on April 8, 2016.

Ryan is an experienced long distance hiker who has covered thousands of trail miles on complete thru-hikes of the Appalachian Trail, Pacific Crest Trail, Vermont’s Long Trail and Washington’s Wonderland Trail. Ryan is a Virginia native and has lived and worked in Seattle since 2010. Utilizing his expertise and conditioning, Ryan will cover an average of 25 miles a day along the 3,000 mile CDT and 1,200 mile PNT through 6 states, 30 national forests, 5 national parks and 24 wilderness areas.

To support this endeavor, Ryan is working with craft breweries from the Washington, Idaho, Oregon and Colorado:

“We are really excited to support Ryan’s spirit of adventure and resolve to accomplish a hike of this scale. To us, he is a true ‘Walking Man’ and I’m looking forward to following his progress as he returns home to Washington,” said Tabatha Wiggins of Walking Man Brewing.

Ryan will be posting photos from along the trail to the Instagram handle @embracethebrewtality and maintaining a trail blog so followers can see his progress and discover more about his journey (theverylongfuse.wordpress.com) He will be hosting a presentation on planning a long distance thru-hike at Walking Man Brewing in Stevenson, WA at 6pm on Thursday, March 24th. Also, kick off Ryan’s adventure at the Two Beers taproom The Woods in Seattle at 4pm on Saturday, March 26th.

For more information about this endeavor or if you are interested in sponsoring a section of the hike, please contact Ryan Rosen at Ryan9000@gmail.com or (804) 335– 6394.