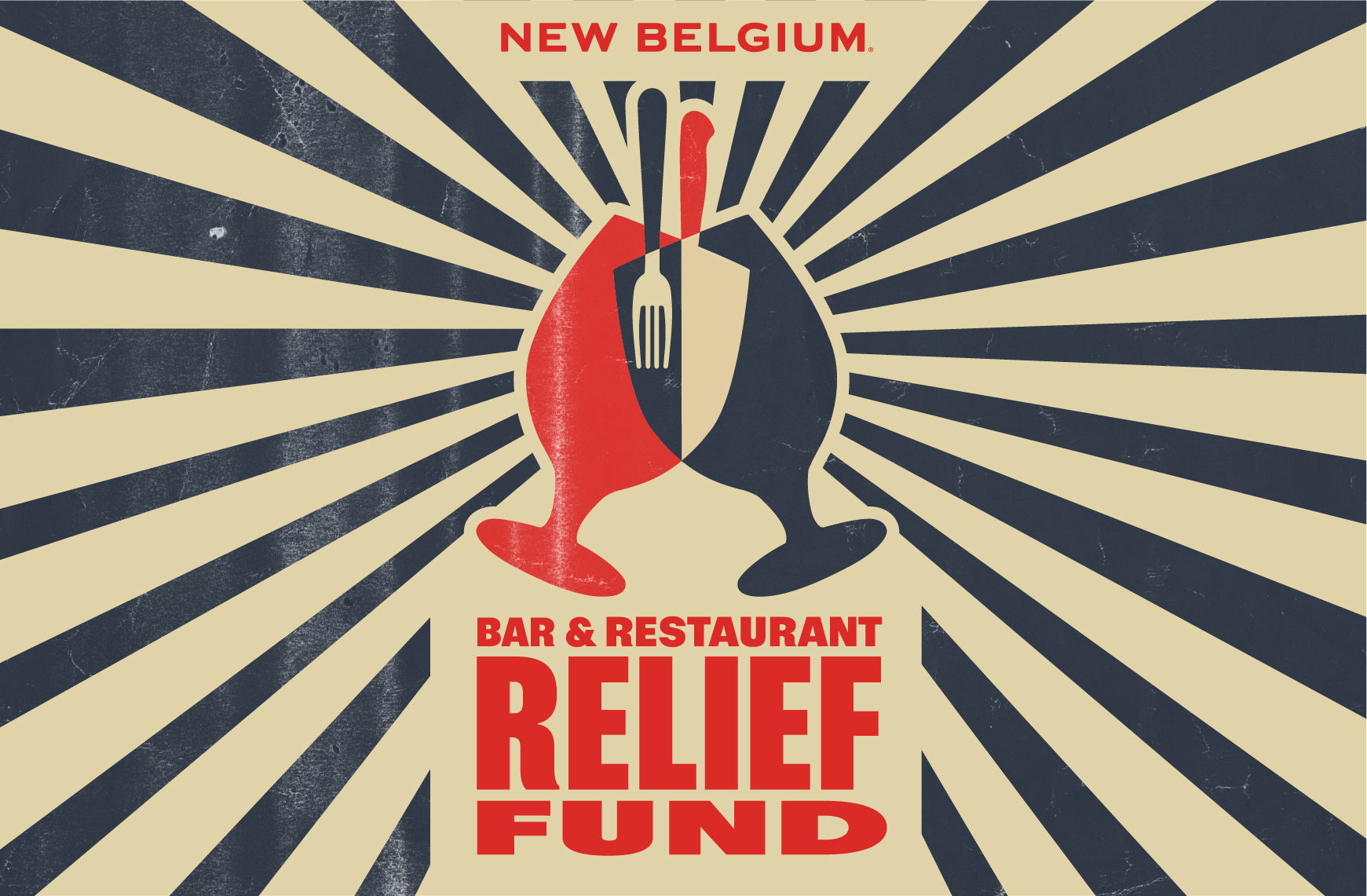 Update 4-24-2020: It has been a month since New Belgium launched their Bar & Restaurant Relief Fund to support laid off and furloughed workers in the food and beverage communities in both of its hometown markets of Fort Collins and Asheville. With support from you and the local communities, New Belgium has since raised over $200,000 and will continue to raise money for as many qualified applicants as possible.

This week in Asheville, the local breweries have joined forces to brew a collaborative beer to benefit the fund further. The Fort Collin’s brewery will also be donating 4,000 16oz cans and lids for the project. 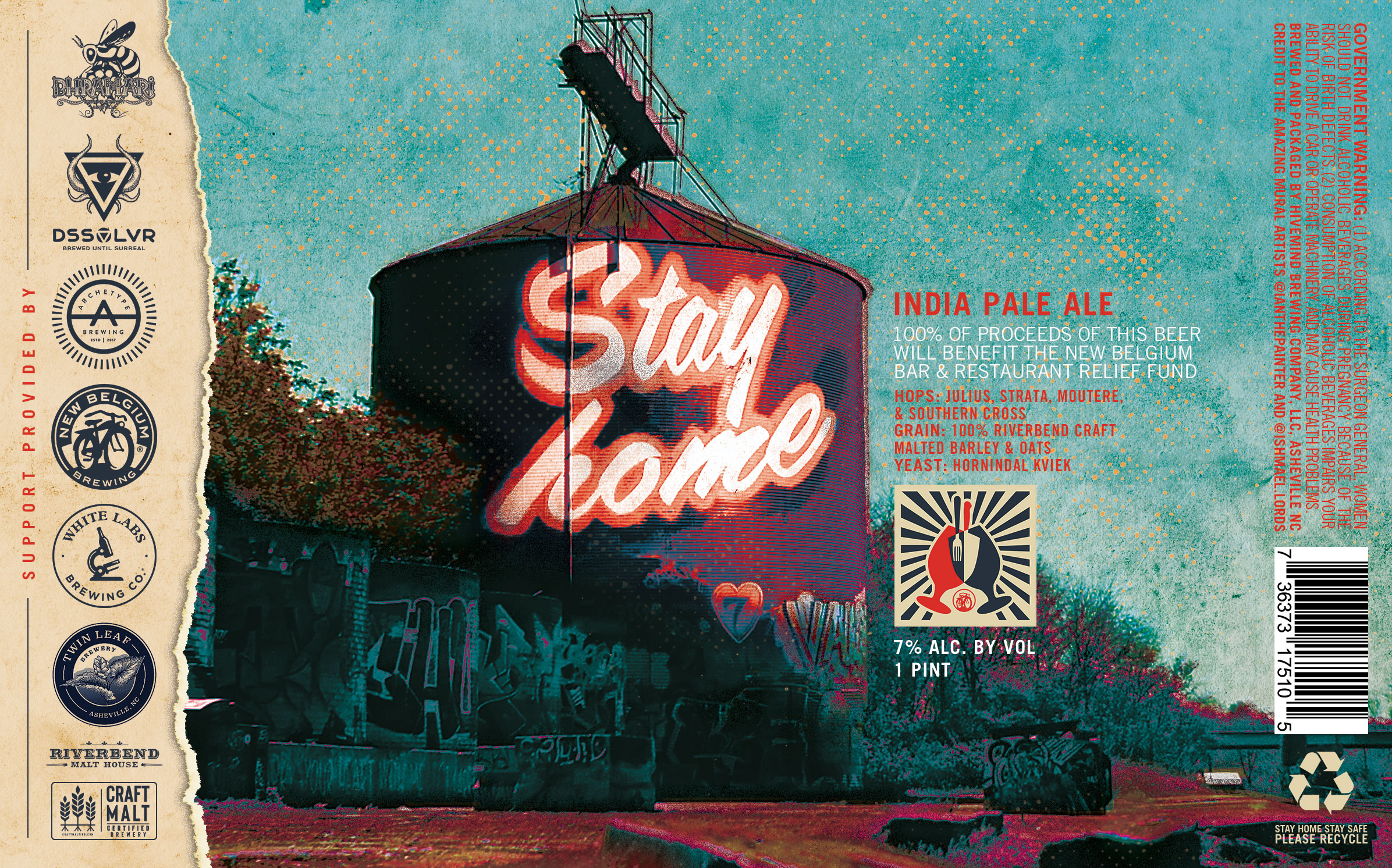 This week in Asheville, the local breweries have joined forces to brew a collaborative beer to benefit the fund further. The Fort Collin’s brewery will also be donating 4,000 16oz cans and lids for the project. More details regarding the ‘Stay at Home’ IPA can be found here.

New Belgium Brewing has announced a plan to raise funds for service workers that have been affected by the Novel Coronavirus/COVID-19 pandemic. The newly established New Belgium Brewing Bar & Restaurant Relief Fund will support aid off and furloughed workers in the food and beverage communities in both of its hometown markets of Fort Collins, Colorado and Asheville, North Carolina.

The brewery will launch the fund with an initial donation of $50,000 and a commitment to match donations up to an additional $50,000. New Belgium will solicit tax deductible donations from individuals, private foundations and companies to add support to the fund. The funds will help support the many individuals and families in the food and beverage industry that need financial assistance right now.

New Belgium joins other beverage makers in the alcohol industry to throw their support towards assisting those in the service industry that have been dramatically affected by the COVID-19 pandemic. Molson Coors Beverage Co. has pledged $1 million to the United States Bartenders’ Guild, a nonprofit that supports bartenders and other service industry professionals. Jameson has also pledged support for this guild as well.

As a Certified B Corp, New Belgium Brewing has a strong commitment to supporting the community, especially in times of need. Their goal is to move resources quickly to help those in need of financial assistance. Individual grants in the amount of $350 will be distributed to help as many qualified applicants as possible.

“New Belgium is dedicated to helping our communities and there is no better time to support them than right now,” said Steve Fechheimer, CEO of New Belgium Brewing. “This grant program ties directly into one of New Belgium’s key core values, proving that business can be a force for good. We hope the program raises awareness and encourages others to donate as well. Meanwhile, our hearts are with our communities as we all weather this global crisis.”

Qualified applicants include those laid off or furloughed from their job at a restaurant, bar, nightclub, music hall, or stadium while working in Fort Collins, Colorado or Asheville, North Carolina. Applications will be accepted through midnight on April 5, 2020. The future of the fund will be determined as the reality of this crisis continues to evolve. As community members have varying levels of financial need, applicants are encouraged to apply only if they are in true need and lack other options for financial support.

Through the New Belgium Brewing Bar & Restaurant Relief Fund, New Belgium strives to make a positive impact on the lives of individuals throughout their local food and beverage communities and provides a channel for others to make an impact, as well.

To learn more about the grant application or to donate:

About New Belgium Brewing
New Belgium Brewing is recognized as a leader in sustainability and social responsibility. Founded in 1991 in Fort Collins, Colorado, the company expanded to Asheville, North Carolina in 2016 and Denver, Colorado in 2018 and is now the 4th largest craft brewery in the U.S. Dedicated to proving that business can be a force for good, New Belgium is a Certified B Corp and was the first brewery to join 1% for the Planet. The brewery has donated over $26 million to charitable causes since 1991. New Belgium is famous for its flagship beer, Fat Tire Amber Ale, along with year-round favorites like Voodoo Ranger IPA, Mural Agua Fresca Cerveza, and La Folie Sour Brown Ale; as well as an award-winning wood-aged sour program and innovative limited release beers. To learn more about the full product lineup and New Belgium’s Human Powered Business model, visit NewBelgium.com.