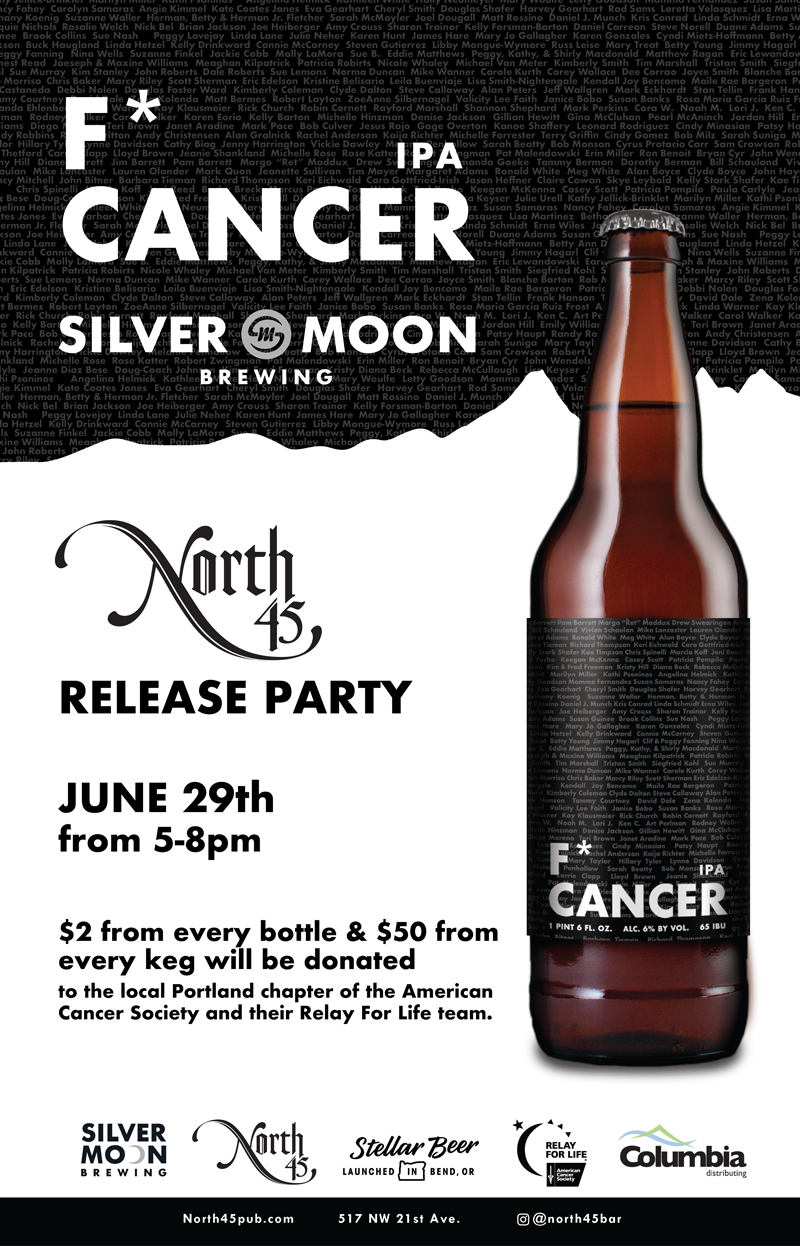 During the fundraising event, Silver Moons F*Cancer IPA will be available both on draft and in 22oz bottles. Best of all, $2 from every bottle and $50 from every keg will benefit the local ACS’s Relay For Life efforts. The American Cancer Society will also be on site selling F*Cancer gear with all proceeds going to benefit their programs and efforts.

In addition to F*Cancer IPA, North 45 will serve its regular food and drink menu highlighting a healthy selection of Belgian-style beers and a global spirit selection of 150 bottles of bourbons, ryes, and Irish and Scotch whiskies.