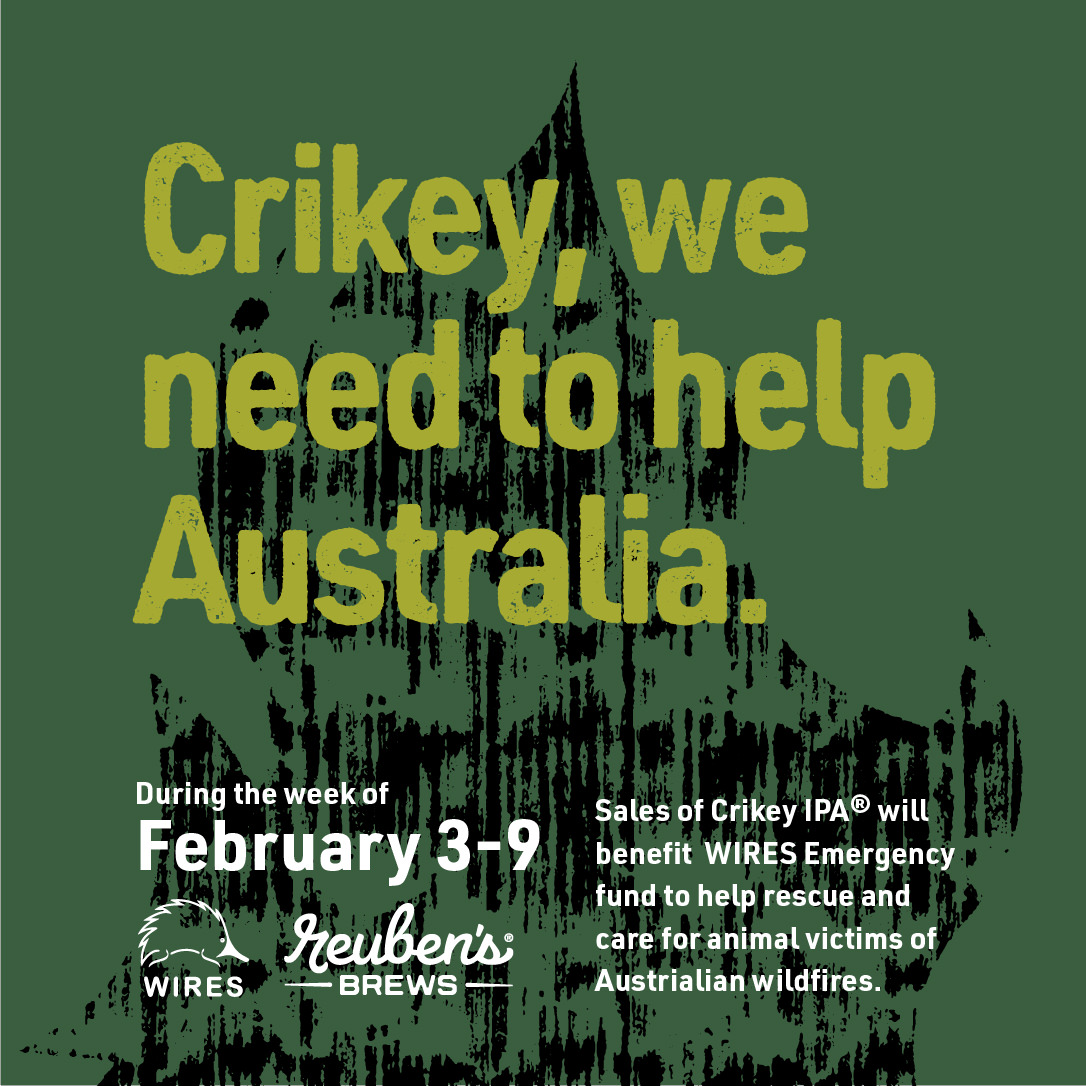 The Australian wildfires has been devastating to the country over the past few months and Reuben’s Brews is stepping in to help support the WIRES Emergency Fund.

Taking place the week of February 3rd through 9th, Reuben’s Brews is supporting Australian fire recovery efforts by donating a portion of sales from all Crikey IPA pints and 6-packs sold through both of the brewery’s Ballard tasting rooms. The Seattle based brewer will also work with its distributor partners to donate a portion of all packaged 6-packs and kegs of Crikey IPA sold through this channel.

The donations collected by Reuben’s Brews will benefit the WIRES Emergency Fund that supports wildlife relief efforts in New South Wales, Australia. WIRES helps tens of thousands of animals every year and receives up to 95,000 requests for rescue advice and assistance every 12 months. WIRES Emergency Fund is dedicated to helping rescue and care for the innocent victims of the Australian Bushfires and drought.

Australia is still fighting a series of unprecedented and horrible bushfires in a period of extreme draught. Dozens of lives have been lost, hundreds of homes have burned, and some estimates say up to 1 billion animals have been lost since September. In the face of this disaster, Reuben’s Founders Adam and Grace Robbings, who count many Aussies among their friends, knew they needed to help.

“Crikey is a common expression in England. My mum and dad say it all the time, which is how we came up with the beer’s name,” said Co-Founder Adam Robbings, in a press release. “It’s also an everyday expression among Australians, and since Crikey IPA is our most popular beer, donating a portion of Crikey sales to support the fire recovery efforts feels like the right way for us to help.”

To help assist in these efforts, find Crikey IPA at your local grocery or bottle shop between February 3rd and February 9th or stop by for a pint at one of Reuben’s two tasting rooms in Ballard. Public donation stations will also be available during the week at both Reuben’s locations.