As we enter the month of December at the end of the week, there’s a lot happening from Reuben’s Brews in Seattle. There are three new beer releases and the return of the Reuben’s Brews Advent Calendar.

Out now is the brewer’s new hazy IPA, Hazealicious IPA in 12-ounce cans and on draft. This new 6% ABV hazy IPA joins the brewery’s year-round beer lineup. Described as juicy, with a soft bitterness for a perfectly balanced hazy IPA. Tropical aromas, particularly kiwi and passion fruit, come from a bold blend of Citra, Strata, and Mosaic hops. 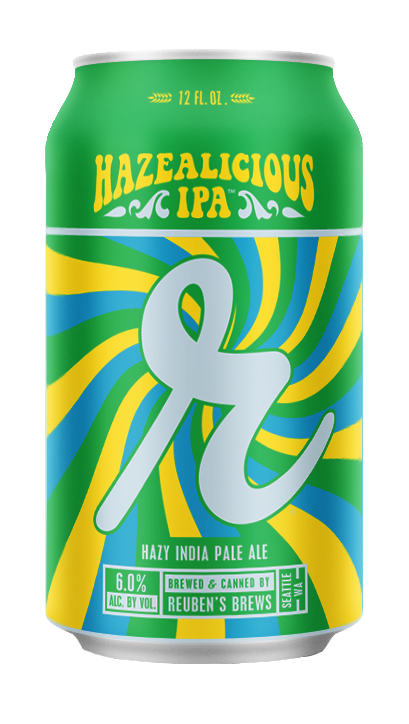 “We have brewed more than 120 beers this year, and a good number of these have been hazy IPAs,” said Adam Robbings, Co-Founder and Brewmaster for Reuben’s Brews in a statement. “We have dialed in our process over the past two years, tested multiple hop blends and malt bills, and have become known for our hazy IPAs. Hazealicious is an evolution of all that we’ve learned from brewing this style, which includes some process and recipe twists that we believe are unique to us, paired with some of our favorite hops. We are excited to make this beer more widely available for people to try, all year long.”

Joining in the beer releases is Crush XI, a hazy double IPA brewed as part of the brewery’s Bottleshop Collaboration Project. It will be exclusively released at the BCP shops on Friday, November 30. Then on the following day, Saturday, December 1st, Reuben’s will have the beer on draft, and a limited amount of 16oz 4 packs, available in the taproom.

Also, on December 1st, Reuben’s will release Mister Hazee, its collaboration beer that was brewed with Urban Family Brewing. Mister Hazee is another hazy IPA but is brewed with bergamot orange zest, lactose, and vanilla. This beer will be available in 4 packs of 16-ounce cans and on draft both at Reuben’s Taproom and at Urban Family Brewing in the Magnolia neighborhood. 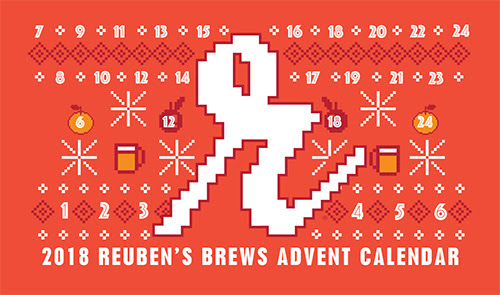 Reuben’s Brews gets into the holiday season as it brings back its Advent Beer Calendar beginning on December 1st. Visit the brewery’s Taproom in Seattle and grab a Advent Beer Calendar Punch Card with a $1.00 suggested donation and then receive a punch for each pint, crowler, or growler you purchase of its featured beers. Each day the brewery will choose a new beer from December 1st through the 24th via Instagram and Facebook. Then for every six punches you’ll receive Reuben’s Brews gear and swag. Get punches for all 24 Advent Calendar beers and you’ll be entered in a drawing for the Grand Prize.

All proceeds from the card donations will go to Wellspring Family Services, a Seattle-based charity that we are partnering with this December. A portion of the sales of our White Elephant beer are going to WFS, and our Santa Photos and Ugly Sweater party on December 19th will also be a donation drive for their Holiday Toy Room. Donate a toy and receive a raffle ticket to win one of Reuben’s ugly sweaters, or other prizes!