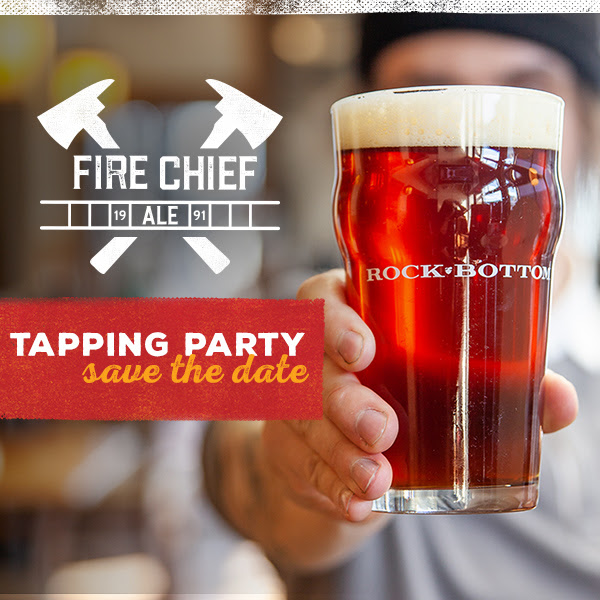 Each year Rock Bottom partners with a charity to raise money from the sale of Fire Chief Ale. Its charitable partners for 2019 are Portland Fire and Rescue and Muscular Dystrophy Association. On Thursday for the beer’s release, enjoy $3 pints of Fire Chief Ale for the first hour, with all $3 being donated to the MDA. Then from the release until April 9th, 25 cents from each pint will be donated to the MDA. 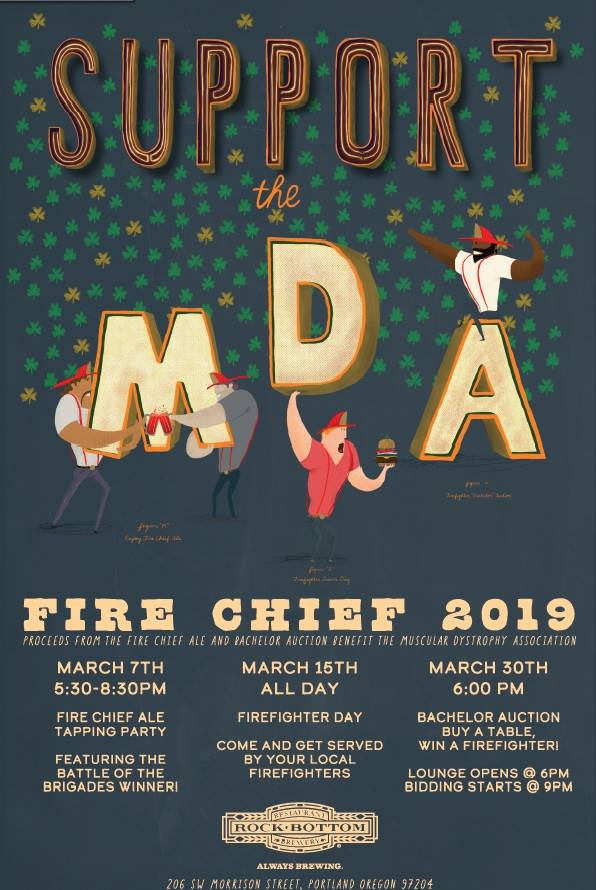 Rock Bottom will also have a 50/50 auction and a raffle for some schwag. One raffle ticket for $1, or an arm’s length for $20. And you can pick who’s arm to use!

And just in time for the return of Fire Chief Ale, Rock Bottom will turn up the heat on a few food specials that features Red Chili New York Strip, Adobo Chicken Skewers and more beginning on March 12th.