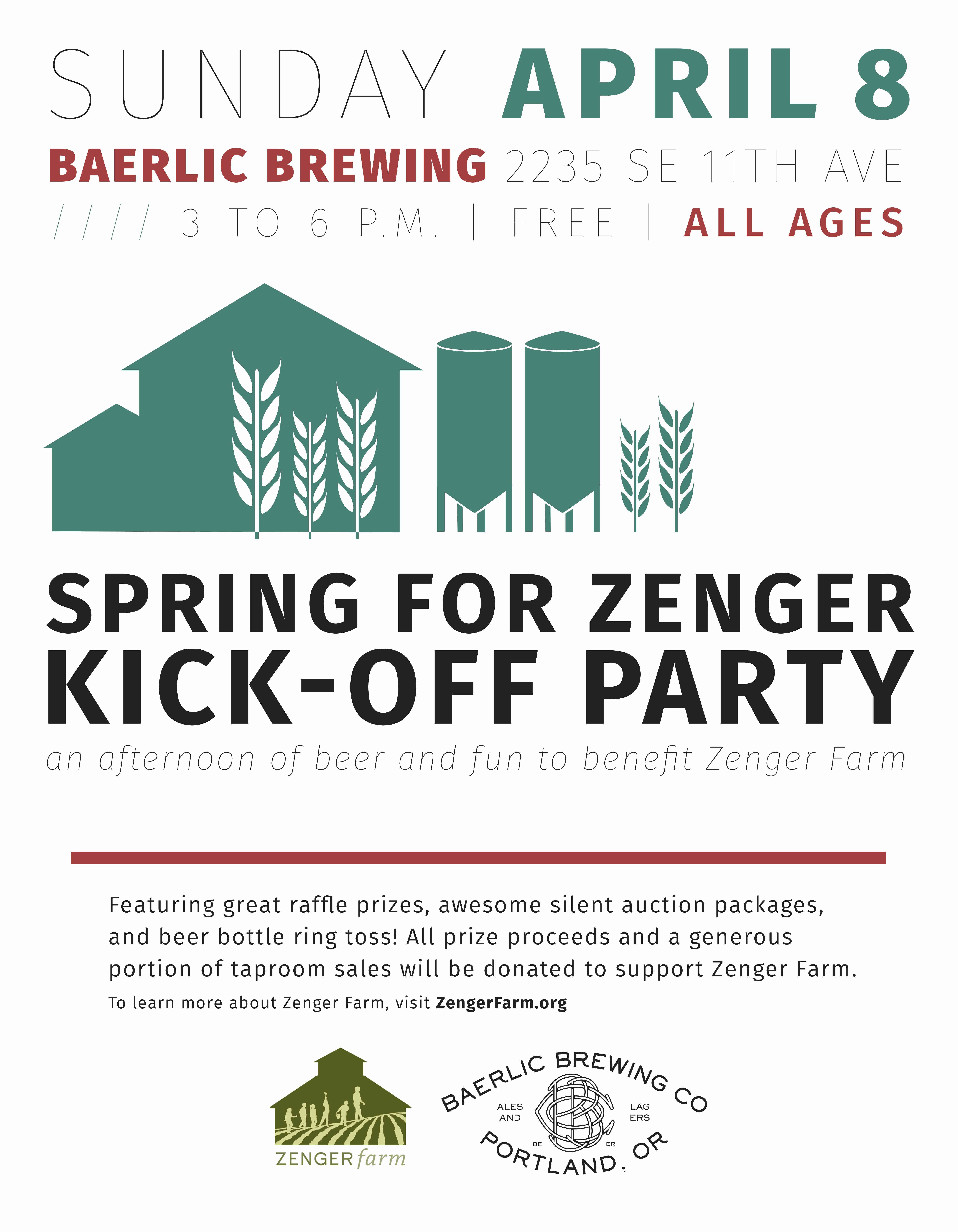 The annual spring fundraising drive is about to begin for Zenger Farm. On Sunday, April 8th, the Spring for Zenger Kick-Off Party will take place at Baerlic Brewing. This all ages event is free and open to the public from 3:00-6:00pm at Baerlic Brewing that is located at 2235 SE 11th Avenue in Portland.

During the three hour Spring for Zenger Kick-Off Party there will be a casual fundraiser with great raffle packages! These include gifts from F.H. Steinbart, Eastside Distilling, Hawthorne Chiropractic, Albatross Tattoo, Nuestra Cocina, Blaq Paks, Gigantic, Breakside, and Stormbreaker Brewing.

There will also be two impressive Silent Auction Weekend Getaway Packages. One will be for a house rental in Pacific City with a $100 GC to Pelican Brewing, and the other for a condo rental in Hood River with a $100 to pFriem!

There will be a beer ring toss with bottles from Gigantic, Stormbreaker, and Upright. To keep it kid-friendly, we also have a raffle item of kids’ garden tools from Portland Nursery, and each kid that comes get a free raffle ticket. Finally, Baerlic will also be very generously donating 20% of all of Sunday’s sales to Zenger Farm. 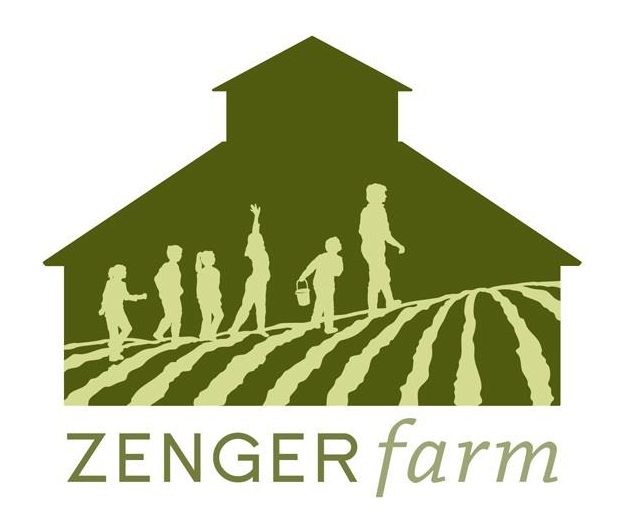 After the Spring for Zenger Kick-Off Party at Baerlic Brewing, the following fundraising events will take place over the coming week. These local businesses will donate a percentage of a day’s sales to Zenger Farm.

All during Spring for Zenger
Ore Winery is donating 20% of its online sales to Zenger Farm!
Zoiglhaus Brewing Company (5716 SE 92nd avenue) is donating 15% of every pint of Zenger Spring Bock sold!