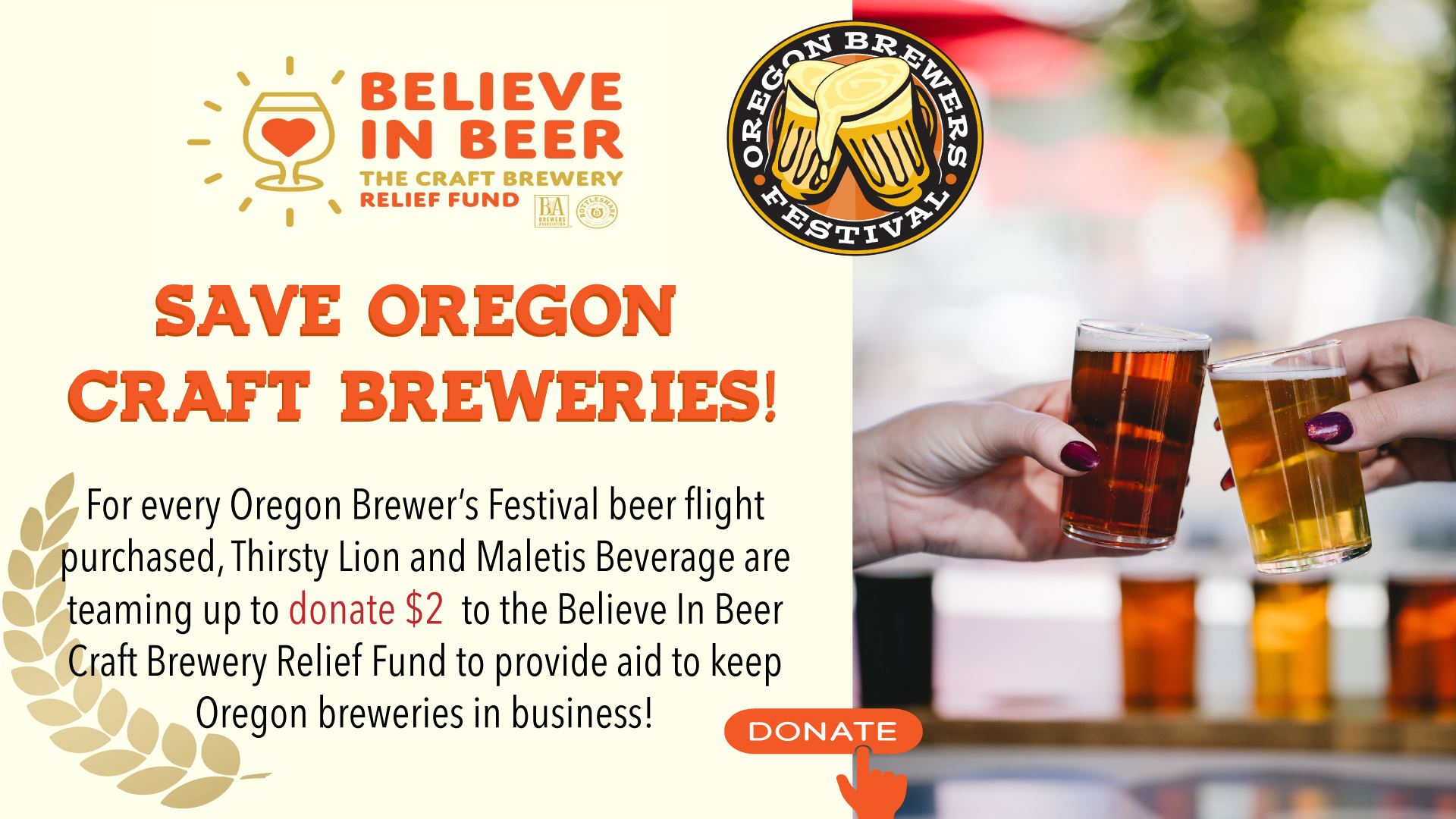 Locally owned Thirsty Lion Gastropub & Grill will assist in supporting the Oregon Brewers Festival this month as it works with Maletis Beverage to offer the OBF Beer Flight. This beer flight will be available exclusively at Thirsty Lion’s Washington Square location in Tigard, Oregon.

This past month the long running Oregon Brewers Festival was canceled due to COVID-19 pandemic, and Thirsty Lion is excited to raise money for the Believe in Beer – The Craft Brewery Relief Fund. This fund began in late April to raise money for breweries and state guilds that demonstrate immediate financial need due to COVID-19 and meet the outlined criteria set forth by the Brewers Association. The Believe in Beer Relief Fund originally had a goal of raising $1,000,000 for these troubled breweries and guilds. Since this time the goal was lowered to $100,000. As of this posting the fund has raised $18,171.

“Since the Oregon Brewers Festival was canceled this year, we wanted to do something to help give back,” said CEG Hospitality CEO John Plew, in a press release. “Like us, local breweries have been severely impacted by COVID-19. We felt that this was a great way to come together with Maletis Beverage and give back to our brewery partners.”

To wrap up this fundraiser, join OBF founder Art Larrance, Thirsty Lion founder John Plew and Maletis Beverage president and owner Rob Maletis for a virtual meet and greet via Facebook Live on Saturday, August 22 from 4:00-5:00pm at the Thirsty Lion at Washington Square. Log on to ​Facebook.com/OregonBrewFest​, grab your favorite Oregon brewed beer and raise a pint to the year that didn’t happen.

And even though the 2020 OBF was cancelled, the festival has OBF 2020 Canceled merchandise for sale including souvenir T-shirts, sweatshirts and pint glasses. Visit ​OregonBrewFest.shop​ to place your order.