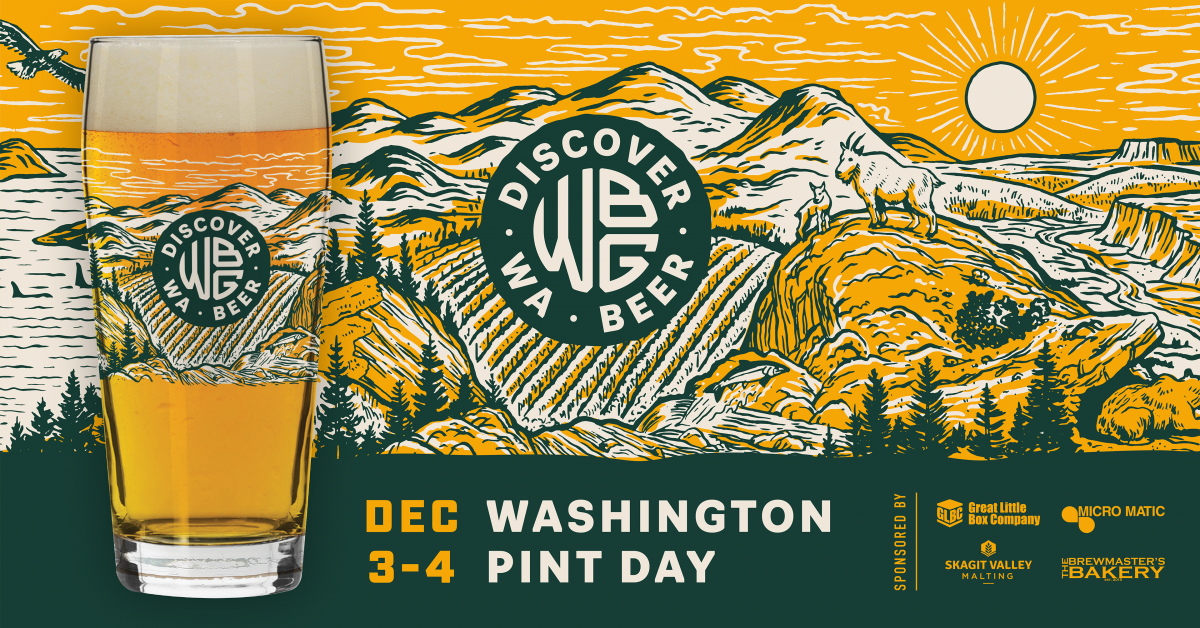 There’s no better time than now to show your financial support to your favorite local brewery. To highlight the importance of this much needed act, the Washington Brewers Guild is set to host Washington Pint Day 2020 from December 3-4.

Over 70 breweries from all across Washington will be participating in Washington Pint Day. All that these breweries ask is to stop by and enjoy a pint while maintain your social distance. For doing so, the Washington Brewers Guild has secured a custom piece of glassware to take home.

This custom glassware is a 16oz Libbey Willi Becher pint featuring Washington-themed graphics created by Blindtiger Design, a local creative, strategy, and marketing agency specializing in the unique needs of the craft beverage industry. Blindtiger Design is a creative partner for many of the brewery brands you recognize. These one-of-a-kind glasses are exclusively available at participating Washington breweries. Once the glasses are gone, they’re gone. In partnership with the Guild’s member breweries and Grandstand, $1 from every glass will be donated to the Washington Brewers Guild.

The Washington Brewers Guild, is a grassroots organization that fosters a sense of community among the state’s breweries and also does the increasingly critical work of representing the brewing industry’s interest in Olympia. The Guild has been working with the governor’s office, the Liquor and Cannabis Board, state and local health departments, and local municipalities to help keep brewery taprooms open, and to continue to support the state’s breweries in the face of the pandemic.

The goal of Washington Pint Day is to encourage folks to get out and visit Washington craft brewery taprooms, and raise money to support the Washington Brewers Guild and its member breweries.

Washington’s craft breweries need your support more than ever as we manage our way through this pandemic. Check participating breweries’ websites and social media for specific details on their Pint Day specials. So, bundle up and visit your local brewery to celebrate Washington Pint Day from December 3-4, 2020!