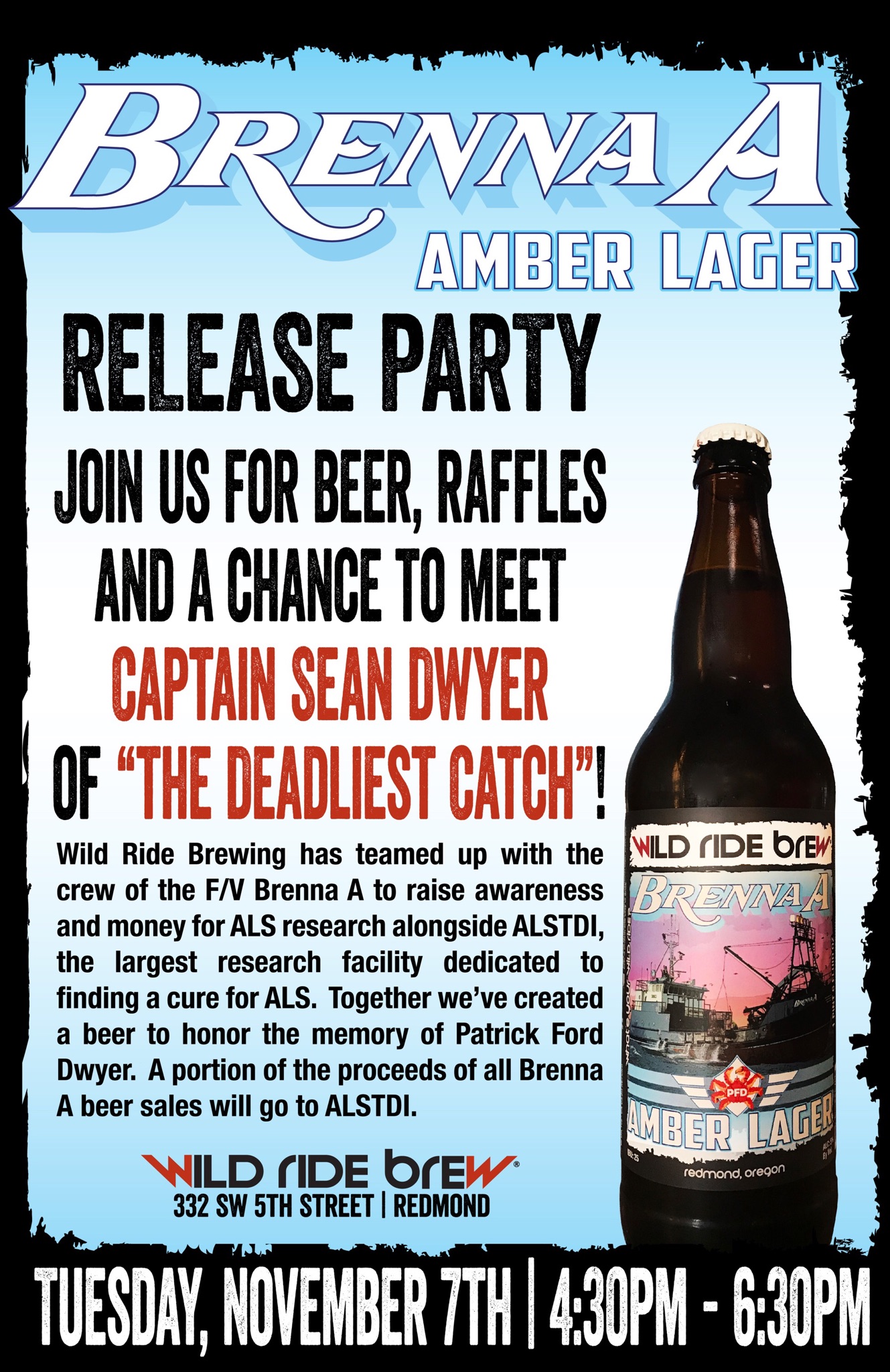 To help raise awareness and money for ALS research Wild Ride Brewing has teamed up with Captain Sean Dwyer from the Deadliest Catch TV show to brew Brenna A Amber Lager.

In doing this collaboration Wild Ride Brewing and Captain Sean Dwyer along with the crew of the F/V Brenna A from the Deadliest Catch has a goal to raise awareness and money for ALS research. Together they have created a beer to honor the memory of Sean’s father, Pat Ford Dwyer, who passed away from ALS.

Brenna A Amber Lager uses traditional European malts to create a full-bodied lager with an amber color and a pleasant, sweet malt flavor. Balanced with Mandarina Bavaria hops and fermented with a traditional Lager yeast, this beer is smooth and easy to drink. A portion of all proceeds from the sales of this beer will be donated to ALS Therapy Development Institute, the largest research facility dedicated to finding a cure for ALS.

Wild Ride Brewing will host a Brenna A Amber Lager Release Party on Tuesday, November 7th from 4:30-6:30pm. The party will feature the new beer along with raffles and an opportunity to meet Captain Sean Dwyer from the Deadliest Catch. ALS Therapy Development Institute will also be on hand to provide more information about their efforts to end ALS.

Brenna A Amber Lager will be available on draft and in 22oz bottles and will be distributed throughout Oregon, Washington, Idaho, and Alaska.