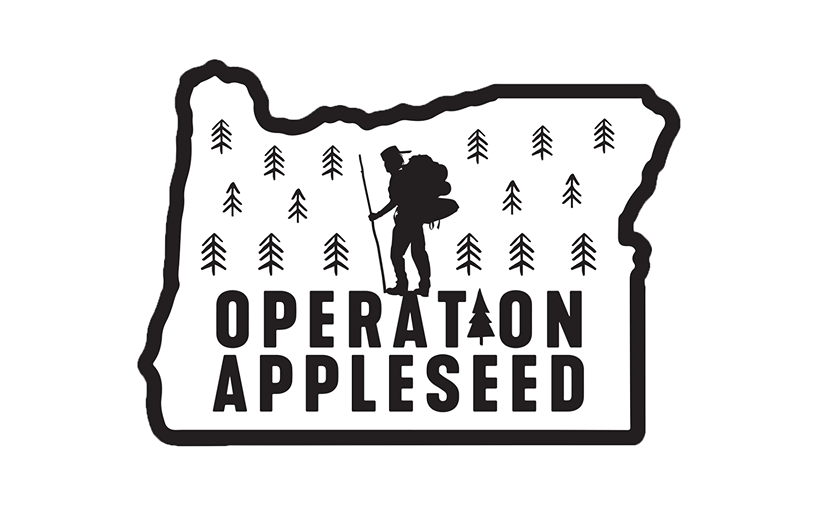 Bend, Oregon- Operation Appleseed, an environmental initiative by Worthy Garden Club in partnership with Worthy Brewing, has officially surpassed the half-million mark in their pledge to plant over one million native trees in Oregon, targeting wildfire burn zones and abandoned clear cuts.

“During a code red climate emergency, this is a big win for our forests,” said Roger Worthington, President of the Worthy Garden Club (WGC). “Despite the triple whammy of the pandemic, the horrific wildfires and the drought, all of which set us back, this year we were able to keep focus, muscle up and triple the number of new trees we put in the ground.”

The official tree count is now up to 644,269 trees, which include native conifers, evergreens, and deciduous trees. The bulk of the new plantings were in the Deschutes, Willamette and Siuslaw National Forests.

The WGC launched Operation Appleseed in 2019 with an investment of $1 million, for the purpose of planting trees to help combat the real and growing ravages of climate change. In partnership with Discover Your Forest, Bonneville Environmental Foundation, Cascade Volunteers, the U.S. Forest Service, and many more, WGC has been planting trees from the Cascades to the Coast.

“We are ecstatic about hitting this milestone,” says Kody Osborne, WGC’s Executive Director. “Think about it. In the face of record setting wildfire seasons, a worldwide pandemic, and debilitating supply shortages of native trees, all within the ominous backdrop of a climate crisis, our amazing team has put over 600,000 new trees in the ground. We are motivated to keep going, through the million tree mark and beyond. “

The WGC’s funding has had substantial positive impact on reforesting the Deschutes National Forest.  “To date, with WGC’s funding, the Deschutes NF has planted 198,449 trees across 1,016 acres,” said Brian Tandy, the Forest Products and Silviculture Program Manager of the U.S. Forest Service. “Their funding been a significant addition to our reforestation fund, helping the Deschutes NF to increase the pace and scale of restoring lands impacted by wildfire. We look forward to working with the WGC in the coming years.”

Worthy Brewing, a major sponsor of the WGC, is doubling down on their support for Operation Appleseed.  Proceeds from the sale of Worthy’s Tenmile dry-hopped lager help support the tree planting campaign. “As Tenmile continues to win awards as well as the hearts and minds of consumers who love the story,” said Cody Banner, CEO of Worthy Brewing, “we will continue to expand into new markets, like Washington, California, Alaska, Utah, Idaho and beyond, with the aim of planting new trees in those states as well.”

For more information on Operation Appleseed, including how you can volunteer in our next round of tree plantings, please visit operationappleseed.com. Be sure to follow @OperationAppleseed on Instagram and Facebook to stay up to date on the latest milestones.

Worthy Garden Club is a non-profit organization with a mission to showcase the wonders of the planet and beyond, while emphasizing the need to protect this special place we call home. If you have any questions about Operation Appleseed or about any other of WGC’s programs, please call 541.647.6970 ext 220.