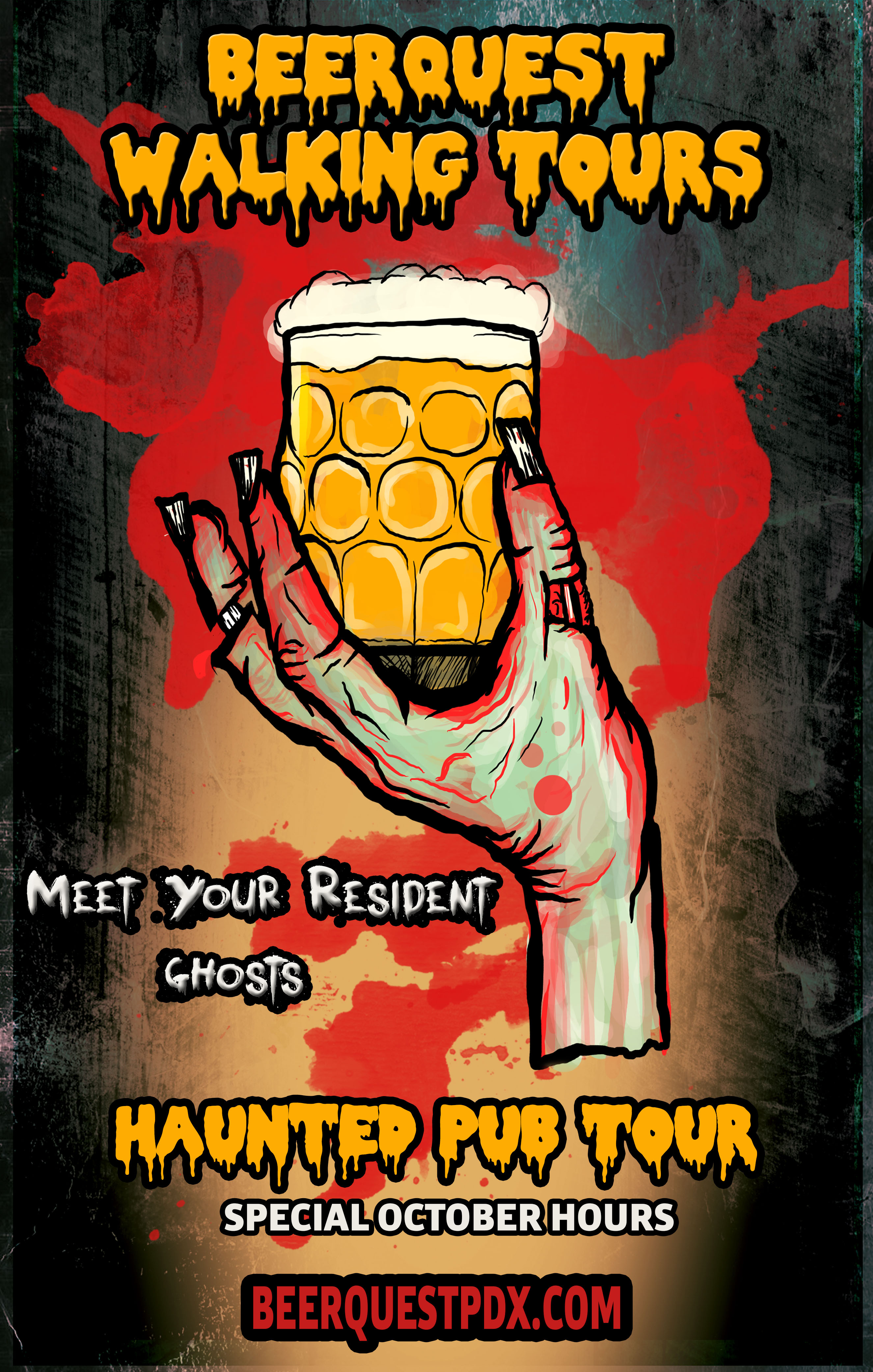 Explore the creepier, haunted side of Portland on BeerQuest’s 2018 Halloween Haunted Pub Tour. On this ghoulish tour, patrons will take a historical adventure into Portland’s real ghosts of Old Town. The tour will hear first-hand accounts of paranormal encounters and journey into the Shanghai Tunnels while sampling six local beers.

In addition to the paranormal, this tour will uncover Old Town’s wicked and lawless past. Lively with restaurants and nightlife today, 100 years ago Old Town was home to many of Portland’s less savory characters – gangsters, murderers, prostitutes and opium fiends.  Local tour guides regale you with stores about these criminals and the ghost’s they’ve left behind.

In the 1800’s, locals avoided Portland’s North End because it was notoriously dangerous and a hotbed for being shanghaied. Unknowing sailors were ruthlessly abducted and whisked away through an underground labyrinth known as the Shanghai Tunnels.

This tour includes an exclusive 30-minute visit underground into one of Portland’s original Shanghai Tunnels. Guests will encounter dirt/mud floors and a dark, enclosed space during this brief underground experience. This eerie tunnel system has been featured on the TV show “Ghost Adventures” and is known as one of Portland’s most haunted places.