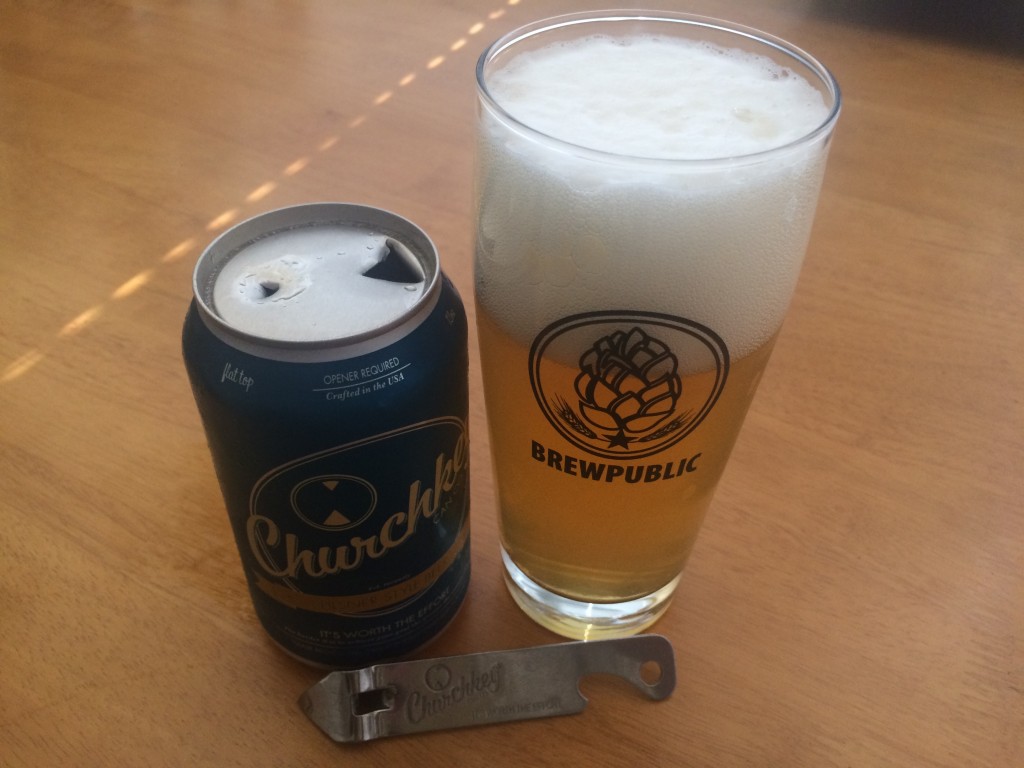 Remember that flat top steel beer can that was launched in Portland and a few select markets about three years ago and then disappeared soon thereafter? Well Churchkey Beer has returned to Portland shelves with a similar can but the steel has been replaced with an all aluminum can. But hipsters need not worry, as a churchkey will be required to open the newly re-designed can.

Portland native Justin Hawkins and actor Adrian Grenier founded Churchkey Beer in 2012. The brand was born from the desire to experience a tasty beer in a simple can the same way generations before had. Bringing back the flat top can that was originally introduced in 1935, but long forgotten, the team hopes to reinstate a beer experience that is worth the effort of slowing down in today’s fast-paced lifestyle. 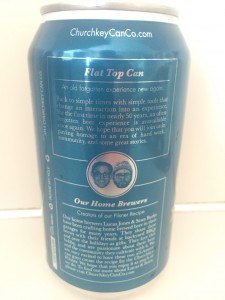 Churchkey Beer is a Pilsner that’s based on a homebrew recipe from a couple of local Portland friends, Sean Burke and Lucas Jones. Burke has since gone on to become an award-winning brewer at The Commons Brewery in Portland. It was a recipe that the pair brewed together for friends and family that became the original recipe for Churchkey Beer.

However with the new packaging come some slight changes to the beer. According to Katie Kaps, President of Churchkey Beer Co., this new version, “Has been tweaked to account for feedback during our initial launch. The beer has been getting rave reviews since re-launch. Lucas and Sean are still very much involved with Churchkey. We are also continuing to look at how we continue to celebrate home brewers across the country as we continue to grow and expand our distribution.”

This is not the only change from the original launch back in 2012. When Churchkey first hit the market the beer was brewed in Seattle at Two Beers. Now the Pilsner is now being brewed at Cold Springs Brewery in Minnesota.

Churchkey Pilsner is a Czech-style pilsner delivered in aluminum flat top can using only high quality traditional pilsner malts grown in North America. Hopped with Nugget and Saaz hops to provide the classic pilsner finish that delivers thirst quenching satisfaction and a want for more. The beer sits at 5.5% ABV and is available in six-pack 12 oz cans. 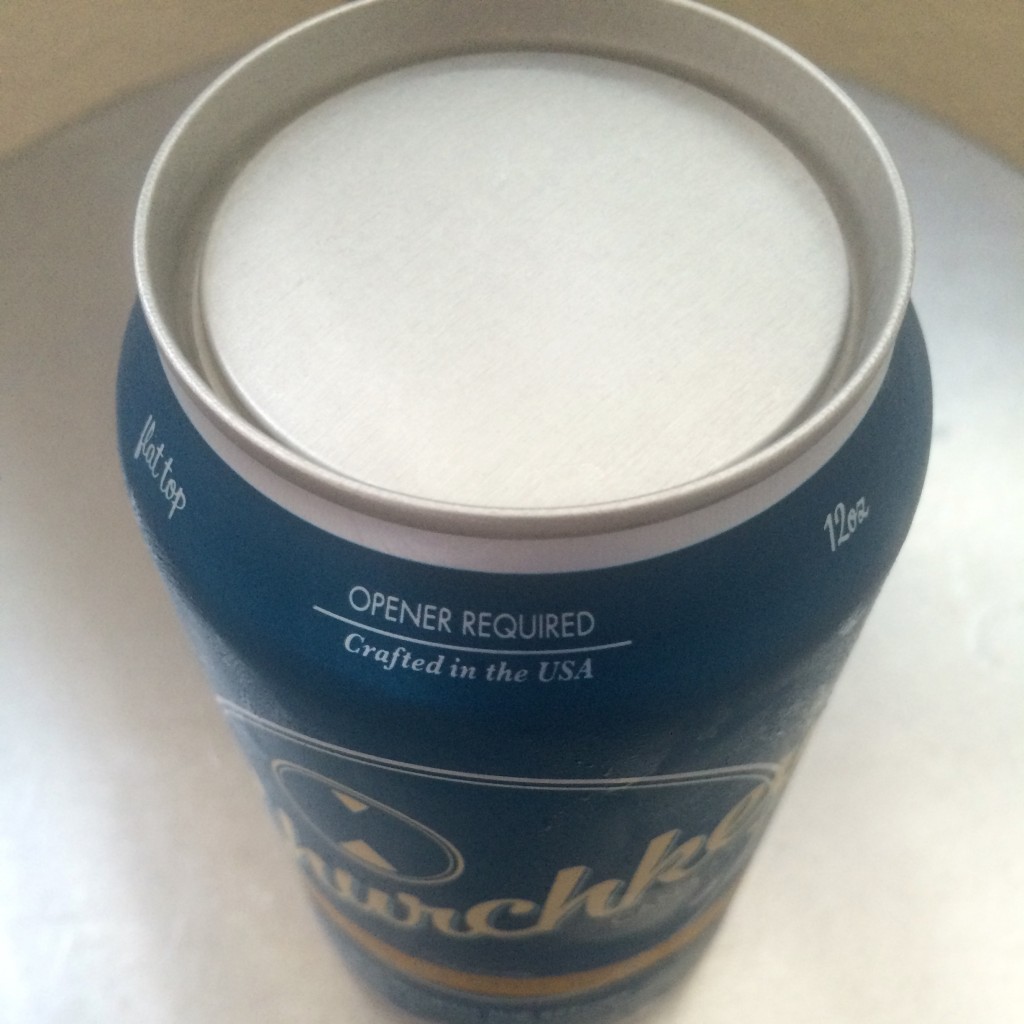 Churchkey can currently be found around the Pacific Northwest, in Washington, Oregon and Idaho. You can find Churchkey throughout California as well. To find out more details on where to find Churchkey click here.