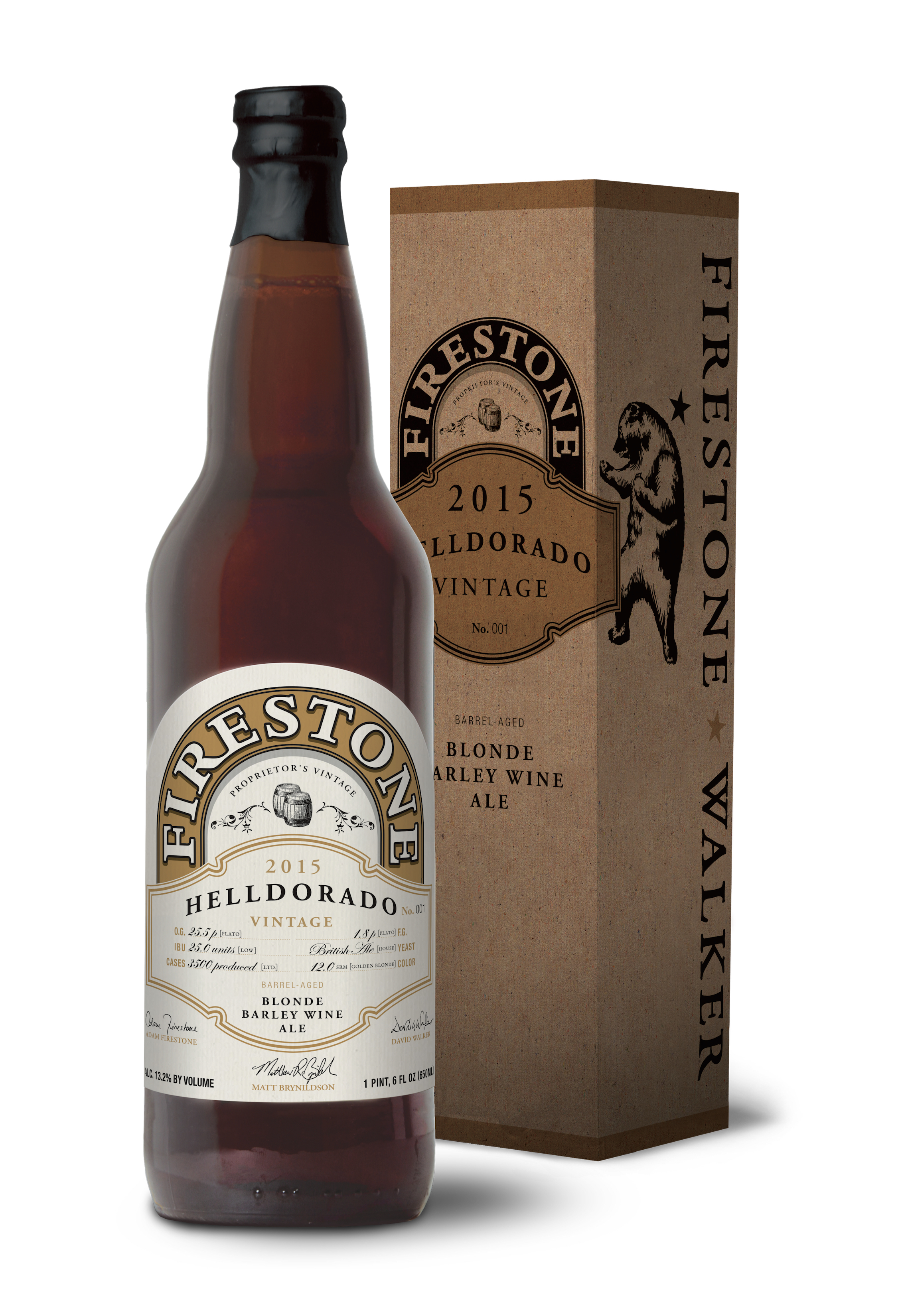 One of the highlights of Firestone Walker’s recent The Lion and The Dragon event that was held at Green Dragon a few weeks back was the rare sighting of Firestone Walker Helldorado. This is the Paso Robles, CA brewery’s 12% ABV barrel-aged blonde barley wine that until now has never been bottled until now. Helldorado will begin to hit store shelves on July 18th.

The past couple of years the availability of Helldorado had been limited to rare kegs of this blonde barley wine aged in retired spirits barrels. It has been poured and well received at the annual Firestone Walker Invitational Beer Fest and most recently made its way to the Green Dragon when Firestone Walker co-founder David Walker was in town.

“The idea behind Helldorado was to create a super blonde barley wine that could still carry the strong barrel character imparted by these intense spirits barrels,” said Brewmaster Matt Brynildson, “You’ll want to expect the unexpected with this beer.”

“A few years into the program, we noted that all of our barrel-aged components were really dark and thick,” Brynildson said. “We needed some differentiation in color and style. It got us thinking about how cool it would be to brew this really pale blonde ale, and then age it in spirits barrels to create this naked beer with tons of pure barrel expression.”

He added, “Helldorado is made with just one malt, El Dorado hops and the barrels. I’ve resisted the temptation to blend a little something else into it. It’s just this really interesting expression of barrels beyond anything else we’ve done, and I decided that there was no need to mess with it.”

The name Helldorado comes from a fortuitous road trip that Brynildson took with his grandfather to Tombstone, Arizona—home of the infamous gunfight at the OK Corral.

“We were walking around this old-timey desert town and grandpa suggested that we go have a beer,” Brynildson said. “We went to the local saloon and there was this poster on the wall advertising a local event called Helldorado Days, depicting this evil bull scaring the crap out of some cartoon guy—Hellll-dorado!”

At the time of the Tombstone excursion, Brynildson had just begun brewing this blonde barley wine with El Dorado hops. He also knew that the German word for “pale” is hell. “It was just too perfect, so I knew right then, sitting in that saloon, that I’d found the name for the beer,” he said.

The 2015 Helldorado is limited to 3,500 cases of 22-ounce bottles as part of Firestone Walker’s Proprietor’s Vintage Series. It will be available in select markets across the United States. The suggested retail is $16.99.